It’s still remarkable that most of the iconic comic characters that we all know and love were created in such a short period of time, just seven decades ago. While it is now almost impossible to imagine a world without Superman or Batman or Wonder Woman, they all blossomed into life in the same short span of years, along with hundreds of other characters who are still popping up in new comics, from Captain America to Ma Hunkel’s Red Tornado. 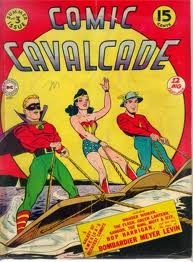 There is undoubtedly a romantic streak in those early days of American comics, moments that can be seen in Michael Chabon’s Kavalier and Clay, and in Gerard Jones’ Men of Tomorrow, with young men locking themselves up in overheated apartments and making comics for three days straight, taking breaks only to go get some more beer and fried chicken.

All those comics are so crude, but set templates that are still followed slavishly every week for the next seventy years in a single weekend of frenzied activity. Young men facing a world war dug into myth, pulps and their own imaginations to come up with new heroes for an age that needed ‘em. 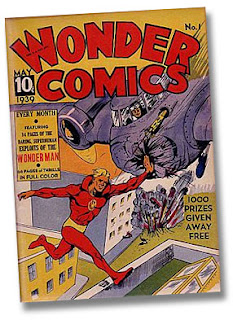 They can look old and dusty now, (and we have to overlook the appalling racism and sexism that often crops up if we ever want to really appreciate them). These comics were produced all those years ago on cheap paper, and the physical objects are becoming yellower and more brittle every year. But the stories can still be startlingly modern. For most of us on the planet, there has always been superheroes like Batman and Namor, the Sub-Mariner, but there are also still loads of people who lived in a time when these concepts didn’t even exist. Super-heroes have dominated the comics medium for decades, but it really is still a young medium.

This relative newness has been used for an excuse for some shockingly poorly crafted comics over the past few years - as creators intentionally break storytelling rules that have been built up for years, only to discover there were actually really good reasons why these rules existed in the first place -  but that doesn’t make it any less true. Stories evolve over years and decades and centuries – they don’t stay still, and the superhero still has a long way to go.

Not that they were thinking of this, back in Manhattan, in those art studios, in the spark of creative innovation and commercial ruthlessness in the late 1930s and early 1940s. They could never have imagined that their characters would still be going strong in the 21st century, in a bewildering variety of mediums. 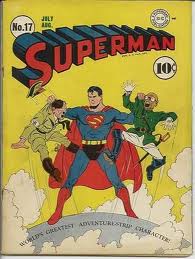 It was still a troubling time in the good ol’ days – terrible things were happening in Europe and Asia, and the world had only just dug itself out of a horrible economic hole. There were still examples of ridiculous prejudice and hatred, and millions were still suffering all over the world.

But like Harry said in The Third Man, centuries of Swiss peace gave the world the cuckoo clock, and the horrors of WW2 gave us incredible innovations in medicine, engineering and all the basic sciences, while also giving birth to the modern idea of the superhero.

This monolithic character had ancestors, most recently in the pulps, but going all the way back to good ol’ Gilgamesh. But it was also something big and bright and new, with a fictional vigour that is still going strong. 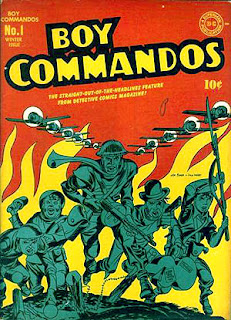 All these young writers and artists of comic’s golden age were running on pure enthusiasm and creative freedom, and produced it in startling amounts – there are dozens and dozens of remarkable and idiosyncratic creators like Fletcher Hanks out there, waiting for re-appraisal with a twenty-first century eye.

The creators were screwed over in rotten business deals that left them with nothing after they were responsible for some of the most iconic figures of the twentieth century. You never learn anything if you idealise the past, and the success of today’s biggest creators owe everything to the men and women who spent their lives in anonymity.

But their deeds are etched in the bedrock of history now, and the crooks who took advantage them are long gone and forgotten. Everybody knows about Bill Finger and Jerry Robinson’s contribution to proto-Batman, and while it’s a tragedy that Finger died without seeing his credit come calling, we can still celebrate his achievements. 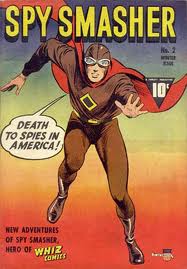 Golden Age superhero comics can now look crude and clumsy, but they are also full of simple beauties and absolute lunacy. All these stories and art, churned out over those immortal weekends of the medium’s earliest days can still teach us something about storytelling and build for the future.