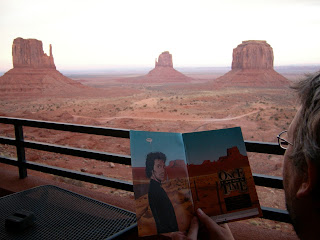 Legal Status: Citizen of New Zealand with no criminal record, except for that one time 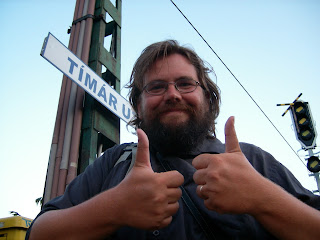 Base of operations: Auckland, New Zealand 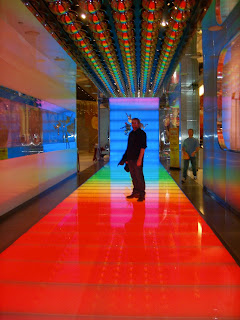 History: Raised by a family of feral comic books, Bob Temuka still gets all giddy and stupid excited when he finds a comic he really wants. He once almost fainted when he finally found the last few Garth Ennis Hellblazers he was after.

Bob now works at a job that requires him to write fast, consise breaking news stories every day, and late at night he dabbles in fiction, and in between he writes the blog, because it’s fun to go on about the things he likes, and it’s the only place that lets him as many bloody adjectives as he likes.

He has been on the internet since 1996 and used to post at CBR, but hasn’t done that in nearly a decade now. Bob is extremely useless when it comes to technology – despite a brief and thuddingly dull bit of work in IT in the nineties, and despite working in the online world. Computers that don’t do what they are bloody well told drive him into a rage, he has an iPhone which he never fucking uses and has absolutely no interest in digital comics. At all.

His favourite comic of all time is still probably 2000ad, although Jaime Hernadez’s Locas story is his favourite single narrative. He is a bit concerned that he might have grown out of Grant Morrison comics.

He thinks the best songs in the whole world right now are Mark Lanegan’s Gravedigger Song, that cover The National did for Boardwalk Empire, and Skrillex’s Ruffneck. The last film that made him cry was Hugo and the last movie to really, really make him cry was This Is England ‘88. His favourite TV show in 2012 was probably The Thick Of It, followed closely by Game of Thrones, Boardwalk Empire, Metalpocalypse and Mad Men. (He’s still a little bit behind on Breaking Bad.)

In real life, he lives in Mount Eden in Auckland and is married to a wonderful wife who on Saturday cooked him up three meals based on things the characters in A Song Of Ice and Fire ate. He doesn’t deserve her, and really does love her more each and every day. He don’t tell her this enough.

Sometimes she gets a glimpse of the true geek in him, but he tries to keep that away from her as much as possible. That’s what you lot are for.

This is the fifth year of the Tearoom of Despair, and there are more and more comics to talk about every day, so I don’t see any reason why it’s going to stop now. The next post will be about an issue of Marvel Age. 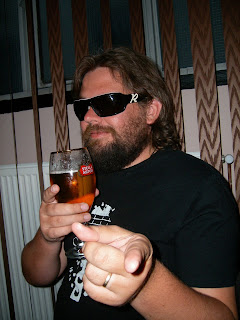 Eyes: That would be an ecumenical matter.

Strength level: Bob Temuka posses the normal human strength of a male of his age, height and build who engages in fuck-all regular exercise.

Known superhuman powers: Bob Temuka possesses an absolute love for good comics that outshines the glow from any other entertainment, combined with the overpowering need to know everything about them, and an unfortunate tendency to go on and on and fucking on about the stuff he likes. Unfortunately, this just means he often ends up sitting alone in the spare room of his apartment, weeping over old issues of Ragman and drinking gin.
Posted by Bob Temuka at 10:29 AM

Very nice blog, Bob! (Just stumbled upon it earlier this afternoon layed up with the flu here in Texas.

Just had to ask...was that photo of you holding the book overlooking the beautiful desert scene for the " '12 Update" post (Jan 7, 2013) update taken here in the States (Arizona), or would that be somewhere in New Zealand? Damn beautiful!!

That's definitely the States, mate. That's the view from The View hotel in Monument Valley, Utah. I took that Preacher comic all the way around the world just to get that photo, which is about the geekiest thing I've ever done.

Hi Bob - happy birthday, and keep up the fine blogging!