Distributing something as relatively unimportant as comic books around the world is pretty low priority, when compared to things like food supplies and medicines, but it can still be frustrating how much of a half-arsed effort is put into getting physical comics where they’re supposed to be.

Talk to any comic shop manager for five minutes, and you’ll head horror stories of distribution nightmares – shipments lost, books billed for that never arrived, and a huge effort to get things sorted out again. It’s nothing new, but it certainly hasn’t been helped by the fact there has been one company that has had an almost total monopoly on the distribution market for more than a decade and a half.

It can be bad enough in the States, where the comics just need to be shipped around the country, but getting them overseas puts too much stress on the distribution system and there are inevitable breakdowns.

It’s not as bad as it used to be, when a missed issue of Uncanny X-Men might be unavailable for years, but it’s still happening. 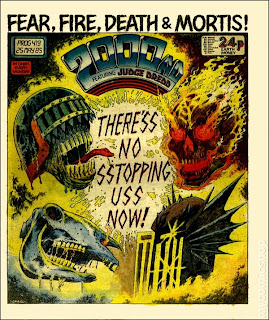 Comics used to be everywhere in New Zealand, every bookshop and every corner dairy had some kind of collection of comic book fun. But it was always crazily random – one store might always get the Justice League of America semi-regularly, another place might be the only shop in a hundred kilometres to offer Avengers comics.

And it was always late. Until the mid-nineties  - around about the time the internet became ubiquitous - American superhero comics were always at least three months behind, (and independent comics might take years to show up). 2000ad took at least five months to ship over from the UK, I could tell because each new issue had an old cover date.

Now they usually arrive here within days of being released in the States, which makes it a hell of a lot easier to avoid spoilers. But I can still remember the thrill of going in to my first comic shops and finding issues of GI Joe or Excalibur which were three whole months ahead of the stuff I was reading, at an age when three months was an eternity. And I can still remember how insanely jealous I was when my mate Kyle got to go to Christchurch and got a copy of X-Men #4 by Claremont and Lee when I hadn’t even got a copy of the first issue yet (and it also became one of those issues that NEVER SHOWED UP AT ALL). 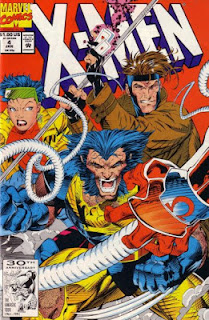 And it wasn’t just random and late. It was always maddeningly inconsistent. The first time I really tried to follow a monthly American series was The Further Adventures Of Indiana Jones when I was eight, and I only managed to get four issues before missing the next two, and only getting one more issue before it disappeared entirely, two-thirds of the way through the comic's run.

2000ad was the worst – possibly because it was coming from literally the other side of the planet, probably because it was a weekly comic – but every now and then, at least once a year, an issue would never appear on local shelves. It would take me so long to find these missing issues that I can still remember the individual numbers amongst a thousand issues, because I spent so long looking for them, (419… 463… 642… 912…)

They often didn’t even arrive in the country, (or at least the South Island, which was the same thing when I was 12), and I ended up finding these ached-for treasures in places like Sydney and Dublin. Finally scratching that itch felt so fucking good. 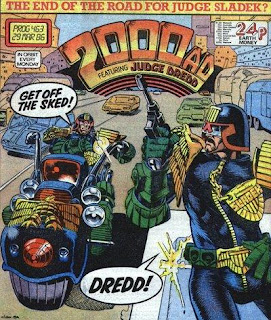 It is much better than it used to be and there hasn’t been any of those long-lost comics since I started living in towns that actually had comic shops.

There is the odd missed issue, but that can usually be picked up on back order, and even if there is a gap, it’s one that can be filled in reasonably quickly.

I also travel a lot more than I used to, and come back to New Zealand from overseas trips with luggage bulging with vital comics, finding those elusive issues by dragging my poor wife down back alleys in London, Amsterdam and Ventura County, looking for those gaps. 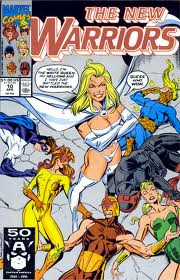 But I’m still a little surprised that there are still missed issues, even in this sci-fi year of 2013. I can live with the fact that we don’t have jetpacks and rocket cars, but it’s still annoying that comic distribution remains so spotty.

My local store sometimes goes through terrible droughts of product, as shipments remain stuck at LAX as low-priority items for weeks, as vague delivery promises went unfulfilled. Unless international shops are willing to pay way more for premium shipping rates (which would put some of them out of business faster than the Flash), these products can be deliberately left to languish, no matter how much I need my fix.

And while distribution issues here pale in comparison to the States, 2000ad is maintaining a fine 35-year tradition of the missed issue, especially around this time of year, when the arrival of regular comics is severely disrupted by Christmas and New Year. I usually pick up the new issue of 2000ad every Thursday (and we’re only about 10 weeks behind these days, so we’re getting there), and there wasn’t one on the Thursday between Xmas and New Year, but the next week the comcis picked up again as if they had, leaving out number 1808.

I keep expecting these gaps to show up, because there are still a couple of similar holes in my 2000ad collection from recent years, some of which I still haven’t filled in. This one is particularly painful, as the thoroughly bloody excellent Dredd/Low Life/Simping Detective story is really starting to take off. There is always the chance it will suddenly show up sometime in the next couple of weeks (which has happened before), but it’s more likely that the people in the warehouses who are sorting all this stuff out don’t really give a shit about comics, and will just carry on as usual, leaving that itchy, itchy hole. 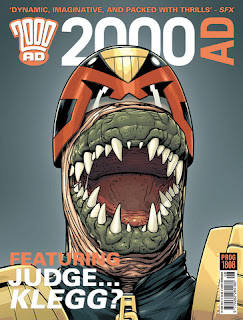 (Yeah, yeah, yeah, there’s no gaps with digital comics. But they’re not proper comics, so that doesn’t count.) 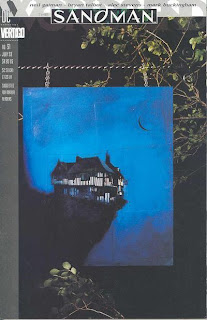 It’s not that bad (and it’s such a First World Problem that I feel a little embrassed by it). I’m always gutted when I realize there has been a missed issue, but it’s not the end of the world.

After all, anybody who has tried to read any kind of regular comic will be used to the weird, non-linear way we often read them. While many comics are packaged together in nice, thick collections these days, my reading experience of something like, say, the Teen Titans has been all over the show. I never read more than a couple of issues of the Wolfman/Perez stuff in order, and figuring out what the heck was going on was half the fun.

It’s also incredibly easy to find the odd synopsis or review that helps fill in the gaps, and I’ve already gone to the fine fellows at Everything Comes Back to 2000ad to help figure out what was going on in that missed issue of 2000ad.

And I know I’ll still find that issue sometime, somewhere, somewhen. Everything else is detail, and I can sort out my own distribution.
Posted by Bob Temuka at 7:32 PM

I really enjoyed article! As a UK resident I empathised with the problem of missing certain issues of US comics, especially the giant sized ones which never seemed to turn up on these shores. I also felt an acute sense of smugness/gratitude when I brought my freshly printed copy of prog 1815 of 2000 ad this morning...

Hi, almost hate to say this, but I'm in Wellington and Prog 1806 showed up just fine down here. Try giving Magnetix a call: