For art's sake: That time Harvey went to the UK for his movie 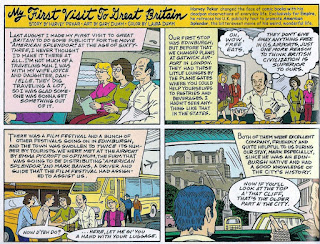 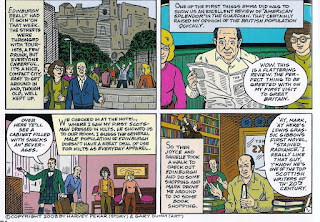 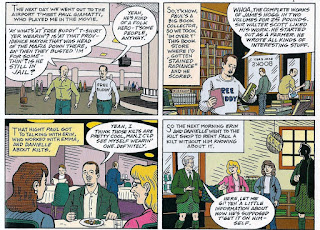 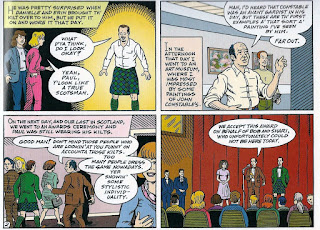 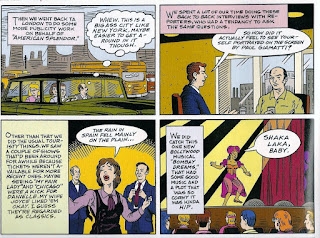 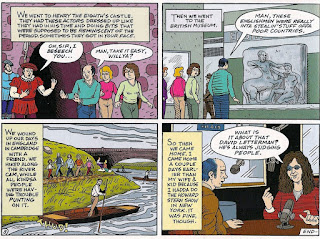 Like this comic adaption of Harvey Pekar's trip to the UK to promote the American Splendor film in the early 2000s. Harvey merged with the infinite a few years ago, but there are still loads of his comics out there, and his prickly and gentle observations of his own absurd life, which sometimes show up in unexpected places, are always worth a look.
Posted by Bob Temuka at 7:44 PM