It's another busy stressful month in the kitchen at the Tearoom, brewing up a new life, so instead of actual content, I'm going back to the fiction with another serialised short novel, with a chapter a day, starting tomorrow.

Just like The Man From LOVE, the one I put up here last year, this was written for that NaNoWriMo thing, but this was the first one I ever tried, which means I wrote it - fuckin' hell - 13 years ago. It was heavily influenced by my fan fiction days, where the main characters debuted, and I thought I'd lost it ages ago, until I found it on an old laptop that I thought was dead a couple of months ago. (I still can't find the movie script I wrote with the mighty Joe Rice, no matter how many old computers I search through...)

Anyway, after a small amount of editing, it's a good way to fill out on a month on the blog with a minimum of effort, without having to resort to using more goddamn YouTube videos. It's embarrassing as hell to put it out into the world like this, because it's clumsy and earnest and trying way too hard, but the bit where Jason shows up still makes me laugh, so what the hell..... 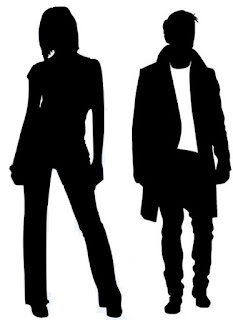