Nothing is perfect in this flawed world


There is a lovely grace note right at the end of Alan Moore's Miracleman comics, where the big man is looking out over the world he has changed forever - where poverty and hunger and disease have been essentially eradicated, and where anybody can become a superhuman and fly through the skies - and concedes that the society he has created isn't perfect. That there will always be something that isn't ideal, no matter how many nuclear bombs you teleport into the sun.

And the big man is chilled about this, and perfectly happy to let that imperfection stand, because there is real beauty in a diamond with the most infinitesimal flaw, or in a poem that has a misjudged word.

It doesn't mean perfection is impossible, just that the whole world is a more interesting place without it. 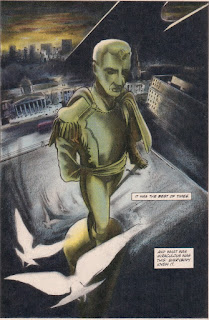 There is some perfection in art and culture - some sculptures can capture the truth of physical reality like nothing else, there are some small pieces of poetry that shoot right past perfection and rocket on into transcendence, and there are literally hundreds and hundreds of perfect little pop songs.

But it's much harder with longer stories. Even after thousands and thousands of years of storytelling, humans are still trying to nail the art of the long-form narrative and the stories we see in novels, movies and comic books. Sometimes we come close, most of the time we're way off, but we're still striving. 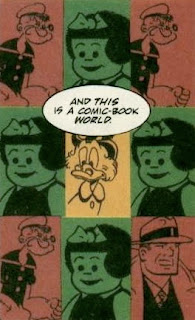 Even the best shit I've ever seen in my life isn't perfect.. None of my favourite movies and books come close to sheer bloody supreme bliss. They come nearer than anybody else ever does, for sure, but never quite get there.

They all fall short, even the things I dearly love with every fibre of my being. There will be a misjudged performance, or a clunky piece of dialogue, or a plot that doesn't quite reach what it's going for. It only takes one tiny thing to leave a mark in pristine perfection.

My favourite comics of all time are still Love ; Rockets and 2000ad, and both of them have moments and scenes and whole years of comics that are clumsy, or boring, or outright awful (especially the latter, which has its fair share of stinkers). My favourite TV show is, was and always will be Doctor Who, and there are huge sections of that series that are just unwatchable. O Lucky Man! is the best movie ever made, and I still find parts of it a bit tedious.

It doesn't matter. I don't love this things any less because they're occasionally a bit dumb. If anything, the rubbish makes the good stuff they contain just shine even brighter. It brings in the contrast.

But so what? Who wants perfection anyway? Is that what we really want?

After all, perfection is so fucking predictable- there are no surprises when everything turns out exactly the way you want it. There would be no room for nuance, or anything to compare the truly great moments against. And we all have so very different ideas of what that perfection even looks like - no story is going to blow everybody away every time. This is a fool's errand. 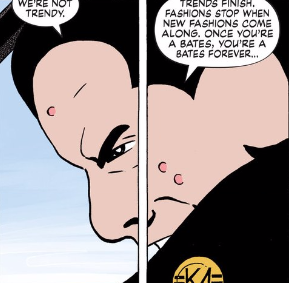 But this is the age of the noisy fool and we're such a fuckin' narcissistic society now, everyone wants everything their own way, and so many people are ready to throw their fucking toys out of the cot when they don't get exactly what they want.

The last Star Wars film had some dopey bits, and no Marvel film is ever great (although they're almost all some variation of pretty good). But anybody going looking for transcendent brilliance in a blockbuster is looking in the wrong place. It's a miracle these huge films make any sense at all, or even have some truly good bits, but it's so much easier to nitpick these things to death, instead of facing the fact that they aren't the Greatest Thing Ever Made.

Nothing is ever going to be good as what you can imagine. Sometimes it is a bit better, but usually there will always be some twinge of disappointment, even as the overall work shines. To focus on that disappointment, and to take it so bloody personally, isn't healthy for anybody.

We just need to grow the hell up a bit, and live with the inevitable disappointment. It's nothing worth losing your shit over. If you go into everything desperately hoping for perfect bliss, you have to live with the let-down. 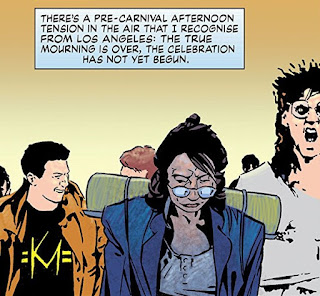 We should treasure the bits we like, and learn to let everything else go. We shouldn't write off anything that doesn't met our exact standards, or scream into the void over the trivial shit that is part of the stories we tell ourselves.

There is still a place for criticism - you don't have to be totally blind to a story's fault, and can still moan about the bits that didn't impress us, but we can't take this shit personally. It's only a story. They're all just stories. 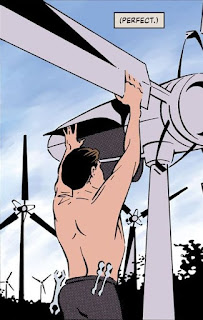 I just think things are just tastier when they're a bit messier, rather than smooth and clean and perfect.

This might be the worst metaphor I've ever used in the nine years I've been writing this goddamn blog, but I see it in my morning toast. My wife is a grade-A cook, who creates meals that are gorgeous and delightful and amazingly tasty. I am a super-privileged arsehole who gets all this wonderful food, but I still often turn out any offers of toast she wants to make, because she makes them too well.

Everything is spread smoothly and evenly on the bread, and that's fine, but there is no globs of joyous jam in one corner, or any mouthfuls of unexpected butter. It's all the same, all the way round, and the while serving has a slightly bland feel to it.

I don't know if Miracleman still likes a good piece of toast, but I think he'd appreciate the haphazard way I slap everything on the bread. That imperfection of spread makes the toast, far more than anything else, and makes the whole thing better.
Posted by Bob Temuka at 7:06 PM