Writing abut writing: Everything I've ever done, everything I ever do


Comic book blogging godfather Mike Sterling always says blogging about blogging is a sin, and Mike is totally right about that, as he is in all things. It's a failure of imagination, and easy and lazy.

But I've been doing this for eight years now, and I just worked out I recently cracked the 750,000-word mark for the Tearoom of Despair. That's a ridiculous amount of bullshit, and sometimes I really feel like I am running out of things to say, and am starting to repeat myself over and over again. 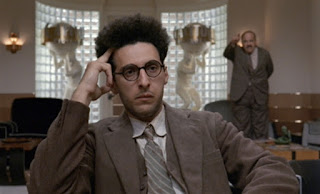 I've been a daily news journalist for 12 years now, and now I write lots of short, punchy breaking news stories for one of New Zealand's big news websites.

It's enormously satisfying work, forcing me to be creative dozens of times a day, while still acting within strictly prescribed parameters. Almost all the work I do is invisible, with no credit or byline, and that's just fine by me.

It can also be grim as fuck, dealing with all the death and horror and Donald Trump in this world, and having to write stories about it. That sense of creativity and novelty is always being undermined by the harsh realities of this world, sucking all the joy out of writing. 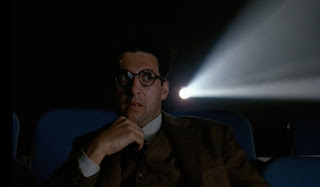 So I started this blog so I can write about nonsense like comic books and TV shows and the new Alien film, because it's the sort of stuff I just don't do at work. It's long-winded and waffling and full of unnecessary adjectives and totally unimportant, and that's the way I like it.

I tried mixing the fun stuff with the work stuff once, and did some entertainment writing and had a small handful of published movie reviews, but it dragged all the fun out of the pop culture I was consuming, and turned it into a daily grind, which didn't work at all. So I keep the two writing styles and subjects separate, as much as possible. 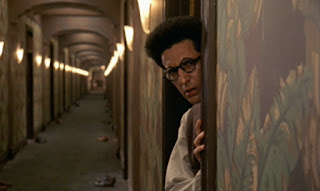 Three days in-between posts gives me a day to think about it, another day to bash out something like a structure, and another day to put it together. That doesn't always work, and I usually lose a day or two to the stresses and needs of ordinary life, and am still bashing something out 10 minutes before I hit post. This entry is one of those, I lost two days to looking after the lovely wife as she recovers from having her tonsils removed, and now I'm trying to get it all down now before this Sunday is done.

Sometimes it gets a bit much, and I wonder what the hell I'm doing all this for, but when it's done, and I'm finished for another few days, it's always satisfying as hell. I usually miss the whole point of what I was trying to say in the first place, but at least I'm trying, man, I'm trying. 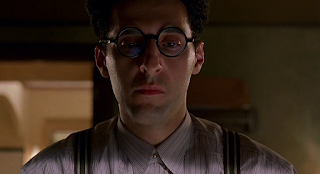 It's deciding what to write about that is the hardest thing. Trying to say something new, putting forth an argument that I don't see anywhere else, or telling some stupid, tiny personal anecdote, is the main goal, and most of the time I don't have a goddamn clue where to start. Three times in recent months, I've completed a post, only to discover I've already written almost exactly the same thing three years ago, and I have to ditch it. It's fucking maddening.

Sometimes I have two separate ideas and try to push them together to make something coherent, sometimes I go straight up for the dodgy metaphor - I think I reached the apex of this with a questionable link between the comic book industry and the traffic in Mongolia's biggest city, but I've also got something half-done about the way my fucking breakfast toast represents my tastes in genre fiction, which is easily the dodgiest metaphor yet.

In fact, I also have a word document that is 278 fucking pages long, full of ideas and half-written posts that often go nowhere. Some of them date back to before I even started this thing in 2009, and most of them are so out of date, or terribly constructed, that they can stay unread in that file forever.

Sometimes these lost posts do spark up again - the one about how I find new music was originally started in 2011, before being dragged back to life a couple of months ago. But there is no place for the piece that tries to argue that the covers for Mark Millar's Trouble mini-series for Marvel weren't that bad (they really were), or that Back of The Y was the best TV show New Zealand ever produced (it still might be). 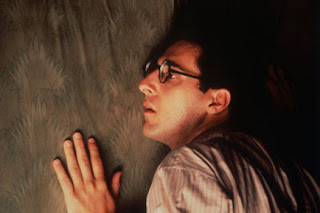 So I try to post on a regular basis, but I don't always make it, because of those stresses of modern life and the fact that I can't be arsed sitting down and writing something, because every fucking word is a chore.

But I don't want the Tearoom to die a slow death like that, so I resort to blatantly easy stuff like a month of scans from comic books, or a daily round of various music videos, or recycled content. The lovely wife and I enjoy travelling around this world of ours, and usually take at least three weeks every year to go to the other side of the planet, and I have to set shit up to cover that gap - this will happen again in October, and I still have no idea how I'm going to fill that space.

I always think I can get a headstart on the proper posts when I go into low-content mode, but I never do, and the first real post back is just as panicked and loose as anything else. 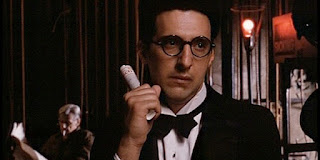 Sometimes I spend more time looking for the perfect pictures to go with a blog post than I do writing it. And sometimes I just go for the Fink. 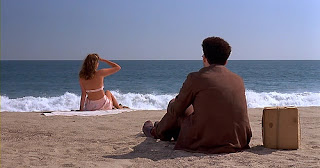 I'm not sure if I'm getting any better at this, if there has been any improvement in my writing in all those hundreds of thousands of words over the past eight years. Sometimes I look at the earliest posts from back in the day, and they're fucking cringe, but sometimes I feel the same way when I look at stuff I wrote last month, or even parts of this post here.

Whatever. I'm not in this for self-improvement, I'm in it for my mental health, and because it's always nice to connect with somebody - anybody - over the dumbest shit.

And I cracked that 100-word mark a couple of paragraphs back, so I'm done with this bullshit self-reflection now, and can move onto something nobody else has ever written about, like the Claremont/Byrne X-Men comics. If nothing else, I'm timely as fuck.
Posted by Bob Temuka at 4:55 PM