Buying a brand new comic book is still one of my great pleasures in this vast and terrible world. There is a narcissistic buffoon in charge of the biggest nuclear arsenal on the planet, so we might be a bruised ego and a hand twitch away from Armageddon. And the general coldness of this unblinking and unceasing universe is a genuine drag, but those kinds of worries fears can be happily buried beneath the thrill of a good new comic.

Comic books remain my favourite of all pop cultures, because you can do anything with words and pictures. It appeals to my half-arse punk-rock philosophy – just get a pen and paper and just fucking do it – and are a gateway to universes of wonder and excitement.

It's also home to huge amounts of absolute trash, but after decades immersed in this shit, I know what I like - I want comics that are smart, stylish and intense, and I know how to find at least some of them. 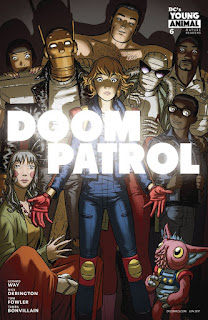 It's relatively easy to avoid the ones that are dumb, generic and boring, and just go for the regular, ongoing comic books that hit my sweet spot. There are, admittedly, a lot less than there use to be in the box at my local comic shop, but I honestly can't tell if that's because most comics are so shitty, or because I'm just another boring old fuck.

Probably a bit of both. 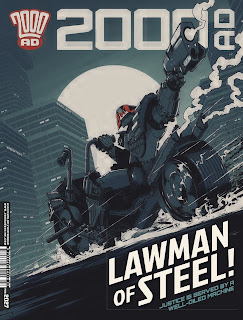 I still get every single issue of the two best comics in the world - 2000ad and Love And Rockets -  and always will. Both deliver the kind of thrills I've been enjoying for years, and getting a new issue every week, or every few months, is still a highlight of my dull, grey life.

2000ad has been celebrating its 40th anniversary in the past few months, with some brilliant special issues, and the regular weekly title is as enjoyable as ever. The Dredd strip remains in the capable hands of several writers, and every now and then creator John Wagner still comes in and shows everybody else how it's done.

Love And Rockets remains, as ever, the fucking jam. 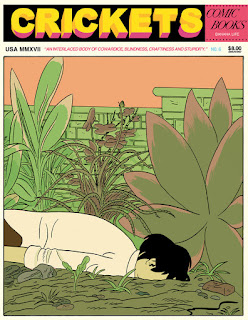 The other comics I still get on a regular basis are painfully predictable - a bit of Batman here and there, some slightly idiosyncratic adventure comics, a bit of dopey humour and some good ol' gross-out horror.

Even this far into the 21st century, even though I live in a town with multiple comics shops, it can be hard to find anything even remotely outside the mainstream comic book scene down here at the arse end of the world. You can still get a hold of anything published by the big boys, but smaller, more personal works are like diamonds in their rarity.

Even finding comics by reasonably high-profile alternative creators like Sammy Harkham and Kevin Huizenga can be a total pain in the butt, and while they can be ordered in specially, I usually just wait for the collected editions. Their comics are always, always rewarding, and often much better than the other regular comics I get, but I still wait for a decent chunk. 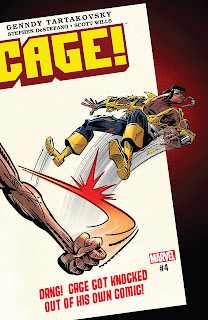 My tastes for superhero comics have been almost squeezed dry by the ongoing mega-epics and crossovers the big publishers put out, and after decades of this shit, I can barely keep up anymore.

The only Marvel comics I bother getting are short-term things by creators I enjoy, like Genndy Tartakovsky's Cage and Warren Ellis and chums' Karnak. Anything longer than six issues looks like a bore and a chore.

I still get some Bat-action, because the best Batman comics are the best superhero comics. It's somehow 2017, and the latest Frank Miller Batman comic remains my fast food of choice, especially when it all got a bit 300 with the Amazons in the most recent issue.

I tried out the new All-Star Batman for a while, because it looked the least connected to the overall mega-saga, and had some great artists involved, but the second story arc just got too damn ponderous, and I'm out. 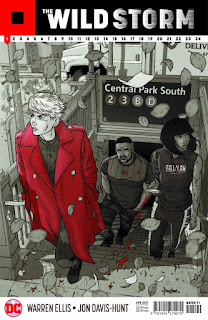 As a Vertigo Kid of old, I still have a soft spot for the slightly skewed superhero comics, and DC is still producing a few of them that I get every month.

The latest edition of the Doom Patrol is stupidly entertaining. It's got some lovely art, and understands one of the key things you need in a DP comic - as weird a shit gets, it's all okay if you have Robotman telling everybody to cut the crap, before beating up some existential monsters with his robot fists every now and then.

Meanwhile, the latest version of a Wildstorm reboot has Warren Ellis bringing in the brains, even if the new comic isn't as immediately charming as his previous ball-busters like the Authority and Planetary. It's all a bit grey so far, with the usual black-op corporate shenanigans, but has moments where it's ready to fly, and almost got away with a decent explanation for the awful WildCATS moniker. Almost. 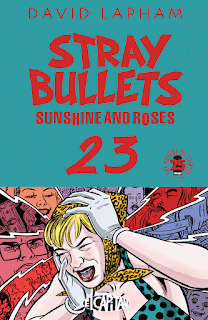 Back at the Wildstorm crew's original home, Image manages to produce a bunch of stylish and focused ongoing series, with a strong success rate - I'm fully on board for the reasonably long lives of comics like Lazarus (for the world building), Stray Bullets (for the extraordinarily good pacing) and Kill or Be Killed (for the Brubaker/Phillips), and I'm always trying something new, thanks to the publisher's bloody smart idea of having super-cheap TPBs of the first few issues. I need something to replace the Prophet in my life.

I also remain enamored with the sprawling mess that is Mike Mignola's corner of the comic multiverse, to various degrees. I never miss an issue of Hellboy or BPRD, in whatever incarnation, and dig the short, one-off stories like The Visitor, Frankenstein or Black Flame comics. But I also wait for the trades on the Witchfinder, Lobster Johnson and Baltimore spin-offs, because they never feel quite as essential. 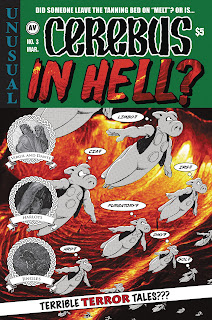 I'm not sure there is really any excuse for still getting a Cerebus The Aardvark comic in this day and age, especially when it's just a bunch of really dumb jokes on clip-art illustrations, but shit, Cerebus In Hell still makes me laugh. 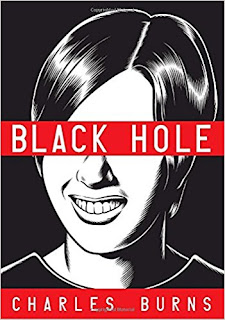 I know I'm missing a lot, and I feel particularly guilty about the way my tastes run towards Boys-Own adventure strips, but comics are still expensive as fuck, and I can only ever justify spending any money on things I know I'm guaranteed to enjoy. Life's too expensive for shitty comics, but it's also too expensive for the unknown quality. I usually find it in the end, but it can take a while.

And there is always the old stuff, decades and decades of great comics to read, re-re-read and savour. I just got through a complete reread of League of Extraordinary Gentlemen, I'm about to get stuck into Charles Burns' Black Hole for the first time in years, and I'm definitely eyeing up some kind of 2000ad prog slog.

There are just so many good comics to get through, both new and old. There isn't enough time for everything, but there is still always room for some more great comics, even now in the year 2017.
Posted by Bob Temuka at 9:09 PM

First off, let me just ask, are you OK? You're kind of bagging on yourself and the world, and I just want to make sure things are alright in the tearoom. Mind you, it is of despair, but still...

I am buying very few monthly comics right now, which is sad, because I used to love the experience of the Wednesday trip to the store, and the little bundles of joy I would bring home.

Jessica Jones is a solid read, but I'm cautious of the second arc. The first one (of this second series) was good.

Right with you on Lazarus, but I'm buying it in trade, which is a long wait for that book. I love much of Rucka's work.

I am almost ready to go back and reread Transmetropolitan. It was the comic that got me back into comics after a good stint of not being able to afford any sort of luxury items, and it remains one of my favorites of all time. Warren Ellis is good at the shorter series, and I love so many of those books. Nextwave, Global Frequency. FELL!!!! That Fell ended so early is a tragedy. I miss that work.

Good round up. I'm a little jealous (envious? Jealous without the resentment) of your love of 2000AD. I remember how I felt about Transmet when it came out, and it sound similar to your 2000AD and L+R dedication. I want that kind of book again.