Trainspotting 2: Off the tracks


Halfway through the original Trainspotting film, Mark Renton realises he has to get out. It becomes clear to the character that as much fun as it is to sit around with his mates and do heroin and talk crap about James Bond, he's got to get away from all of it, or he'll always be there, trapped in an endless rut.

So he fucks off to a shitty bedsit in London, and then gets dragged back, and then has to screw over and betray his best mates to fully cut all ties with his old life, before he can choose something new.

It's a good lesson for young people, because you don't really grow if you just do the same old things and see the same old friends your whole life. You've got to get out there on your own, and see what happens. In this world of ever-increasing connectivity, it's harder than ever to get out of these ruts, but it can be worth the extra effort to stop your friends tying you to the tracks. 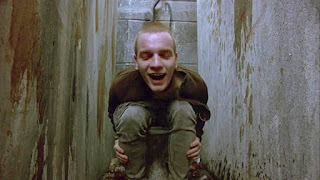 Twenty years later, and there is an all new Trainspotting film, and while it's a fine continuation of this slice of Scottish skaghead losers, it's also telling exactly the opposite story - that the only people who really know you are the ones you grew up with, and that you can go home again, and you don't have to run away all the time.

It's not easy going home for Renton - there are those betrayals to atone for, harsh mistakes to confront, grieving family to comfort, and a Begbie to avoid. The movie also straight-up accuses Renton of taking a holiday in his own past, but he's not just visiting his history, he's confronting it, and getting the last monkeys off his back. 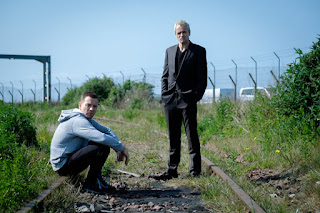 Ewen McGregor's magnificently smart-arse Renton spends a lot of T2 moaning that he's getting old and facing the fact that he's accomplished nothing really worthwhile with his life. But he still looks great, still has some crazy energy, still getting involved in shenanigans. He's getting too old to be going into nightclubs (even if it's a 80s night), but his ability to talk complete and utter shite remains razor sharp.

The movie freely admits that there is a desperate attempt to recapture some youth - one of the best things about the publicity has been screenwriter John Hodge admitting that getting old is complete shit, and nothing is as good as it was when you're young.

But it also shows there is life in these old fossils. As soon as Renton gets back, they getting involved in all sorts of mental adventures again, riding on top of cars, and being forced to march naked back into the city, and avoiding a likely fatal kicking by quickly coming up with a tune about dead Catholics.

They're still making new stories. Youth doesn't have a monopoly on that. 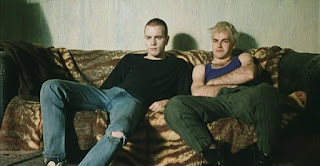 The new movie is unlikely to have the cultural impact of the first - there is always less of an appetite for middle-aged whinging then there is for young rebellion - and even the film-making does fluff some crucial moments.

The big Choose Life speech in the middle is so strongly overdubbed, it removes the spitting immediacy of the rant, making it feel focus-grouped into perfect shape for a 21st-century audience, and there is a sharp musical sting that is used way too often, and the appearance of the old drunk in the train station - and the explanation of where the Trainspotting title comes from - slips by so fast, lost in a rush towards an inevitable climactic confrontation. 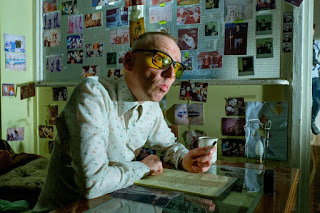 But for every moment that feels a bit rushed and swept aside in the new movie, there are also plenty of other touching and tender moments, as the characters deal with their own pasts.

It really is somewhat sweet to see Sick Boy and Renton chilled out on the couch, watching some shite in the telly, still best mates after all they've been through, and all they've done to each other.  It's also always a joy to see them talking their way out of trouble, with verbose techniques that have only become more refined with age.

Spud is still Spud, but making him the author of the whole story is a great touch (even quoting the original book's opening line in his scribblings), and it's neat that unlike the book sequel, he actually finding an audience for his crazy little tales. Even Begbie learns a small lesson about being a dad among all his mindless violence, and becomes a very slightly better person (he's still a total cunt, mind). 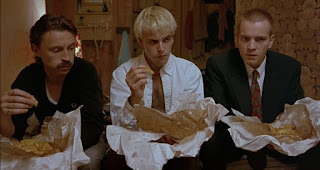 I was 21 when the first film came out, and it blew up in my face - so fast paced, so fucking funny, and so mean when it needed to be mean. It was also stylish as fuck, with a killer soundtrack, and it was a film that had something to say.

And it was fucking right - I did need to get away from my best mates for a while. A couple of years after it came out, I wasn't getting anywhere living in a flat in Temuka, getting wasted on cheap pot every night with the guys I went to high school with and watching Buffy The Vampire Slayer marathons. I fucking love my friends and family, but I had to move away, if I was ever getting anywhere, and now I live nearly a thousand miles away, and I'm never going back.

(Only one other film that ever came close to pushing my life in a general direction like this, and it is, pathetically, Fight Club. Not the stupid macho 'you only find yourself by getting beat up' shit, but the part where Tyler Durden bullies a store clerk into becoming a vet, because 'it's too hard' was no fucking excuse at all, and I took that on board, and I went away and trained up to be a journalist even though it was hard to go back to school, which turned out to be the best fucking move I ever made in my life.) 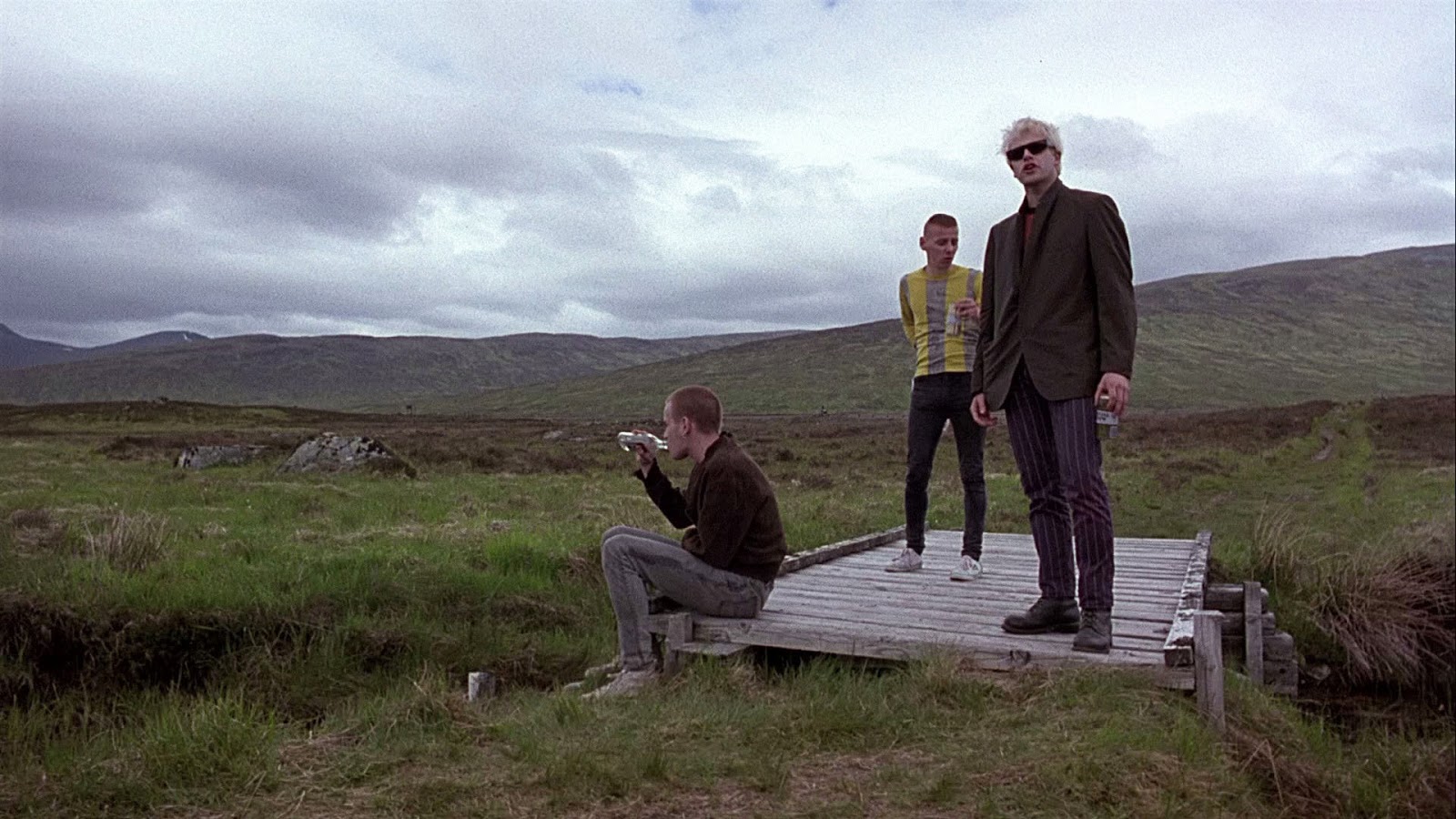 And now I'm 42 and the second film has come out, and it's got new lessons to appeal to all the sad pieces of shit like me who are staring down the barrel of middle age, elderly life and the inevitability of death.

I do like that idea in the new one, of finding your true self by going home, but I'm not following it this time. I go back home every few months, and see the friends and family who know me better than anybody on Earth, and I love 'em all, and I also love going back to my new life at the end of the weekend away.

This life, away from all that crap, is the life I chose, and keep on choosing, every day.
Posted by Bob Temuka at 8:13 PM