Back in 2001, I got into an argument at a party with a dude named Gary - who I'd never met before - over the appearance of a certain character actor in the British sketch comedy programme The Fast Show.

This dumb argument got unnecessarily heated on both sides, because we were both 100 percent certain we were right. Fortunately, the internet was a thing by then, and we could just look it up in 30 seconds flat, and it turned out I was totally, utterly, completely wrong.

That was fine. I'm often wrong, and have learned to accept it. But convincing everybody else at that party that I wasn't that bothered, and that I was even glad to be so very wrong about The Fast Show, was almost impossible. 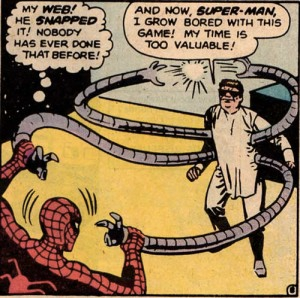 It used to be a lot easier before the internet. You could pretend to be an expert on all sorts of bullshit, and nobody would call you on it, because they didn't have instant access to the sum total of human knowledge (or wikipedia, at least) sitting on their phones.

As long as you sounded like you knew what you were talking about, you could get away with any kind of crap, and if I was certain myself that the lead actress in that low-budget late-eighties haunted spaceship movie was that actress from Night Court, it wasn't hard to convince others. I didn’t know what I was fucking talking about, but I sounded like I did, which was good enough.

This whole era of misinformation came to an end with things like the IMDB and Google, and while that has made me look a lot dumber than I used to, the nice thing about these sites is that you didn't need to clutter up the brain with remembering what actor has been in what film anymore, because you could outsource all that useless knowledge to the web.

I'm still mixing up actors and creators on books and TV and films and comics, especially if they've got slightly similar names. I can be awfully ignorant, and jump to the wrong conclusions on the smallest amount of misinformation. I’m still finding out that deeply held bits of trivia that I've always taken for granted - and repeated - were based on bullshit, or malicious lies.

I have steadfast opinions about the worthiness of worthless comics like the Nth Man, or Mark Millar books, that I'm never going to give up. There is always a weird bit of pride in having the wrong opinion about something, but it’s still fucking wrong.

I have a job where any mistakes I make are instantly viewed by thousands and thousands of people online, and I still fuck up the odd headline, and just totally screwed up a photo caption half an hour ago. (Fortunately, as good as I am at fucking up, I’m even better at fixing it quickly, so that’s something.)

I misjudge, underestimate and exaggerate. I get confused and baffled by the complexity of this world of ours, on a daily fucking basis. I'm trying my best, but it's probably not good enough. I’m just wrong, or mistaken, or a bit fucking useless, all the time.

I'm also getting it totally wrong in my predictions about where my entertainments are going, wondering out loud what's going to happen next in Game Of Thrones, or what the the mid-credits sting of the new Marvel film will be about, with nothing to back it up, or any inside information at all.

It's even gone down on record, on this blog, with my foolish predictions there for all the world to see. There was that time I was convinced Doctor Who was heading to a point where Amy and Rory were going to start a new race of Time Lords, or the post where I theorized that that the Watchmen movie might be a harbinger of a new way of hyper-kinetic storytelling (or even that it might be any fucking good.)

Look upon my prophesies, mortals, and laugh your fucking arses off, because I usually don't have the faintest fucking idea what I'm talking about. 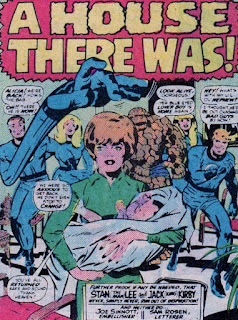 It's always a bit embarrassing when you get called on a fuck up you have made. It's a burning shame every single time, and we feel stupid and contagious.

But so what? Once you realise that you're always going to be wrong about everything, it’s not that big a deal, and it’s certainly not worth crying over. I always like the sound of the Socratic thing, of knowing that you know nothing, and that this is the first step of learning anything. That sounds about right.

There is certainly still a place for experts in this world, and one of the disturbing trends in modern society is a distrust of people who actually know what they are talking about, to the point where scientists are mocked for their presentation of facts. But genuine expert opinion should always be considered. (It’s just unfortunate that my main form of expertise in this life is the standard of 2000ad artists, which doesn't help anybody).

But we can still own our fuck-ups, because if we just shovel it all to the back of the closet of secret shame, we’re never going to learn anything. We’re so fucking worried about how stupid we look, we end up becoming even dumber, because we’re too busy being embarrassed to learn where we went wrong.

I don’t mind looking like an idiot, if I learn something new and fascinating out of it, like who really played the repressed farmer on the Fast Show.. I still feel like a total dumbarse when I’m wrong about anything, but it’s not worth getting angry about. Otherwise I’ll be angry all the fucking time, and that’s no fun.

We’re so hyper-individualised in this ultra-connected 21st century, and our image is everything. But it only makes you more human to display your flaws. You only look and feel stupid for a little while, then you become a better person.. 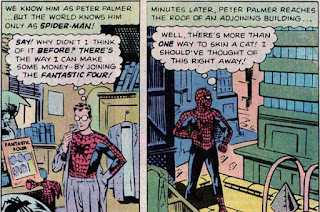 It's a bit of a glib fucking observation, but if more people were willing to own their mistakes, and learn something from them, instead of trying to hide it all and maintain a facade of fake perfection, this might be a better world to live in.

I'm still screwing up, every day, in small ways and big, and it always goes the same way - Oh shit. Oh dear. Oh well. Self-worth can take a battering when you’re a natural born fuck-up, and it can really get you down, if you let it. Don’t let it. We'll all be much happier that way.
Posted by Bob Temuka at 6:10 PM