Fast zombies and the arrogance of the now

Whenever I mention to somebody in real life how much I like zombie movies – and I like 'em a lot – I inevitably get asked what I like more: old-school slow zombies, shambling around at the speed of stagger; or fast, lethal zombies, with almost superhuman abilities to launch themselves at their prey.

The answer is obvious. Like all right-thinking people, I prefer them sloooooow. And not just because I'm a total snob about zombie film, but because those who say slow zombies aren't scary and could never wipe out the world of the living are showing the same sort of arrogance that will get their spleen ripped out when the dead do come knocking on their door. 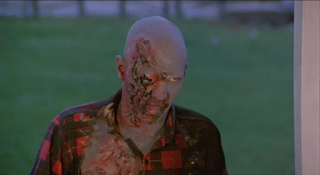 I always have vivid and terrible nightmares the night after seeing a good zombie film, and this is a good thing when a bit of entertainment can affect you like that. Zombie movies are the only horror films (apart from the odd ghost story), that get inside my head and deeply scare me on a primal level, and it's totally all George Romero's fault.

It was the trailer for Dawn of the Dead that gave me my first nightmare when I was about 11. It was sitting on a video tape at the end of The Jewel In The Nile, and that two-minute trailer seriously freaked me out – I couldn't figure out what the story was about, but I was bloody fascinated by that blank horde of death, the weird seventies sheen and that awesome, awesome music. (I'm extremely, extremely excited about going to see Goblin perform a live soundtrack to Suspira at the film festival in a few weeks....)

I didn't see it for a few more years, but it ended up being one of the first video tapes I ever bought - and later, it was one of the very first DVDs I ever got, too. I've still got that tape sitting on the bookshelf next to me, and I still think it's not just a good horror film, but one of the greatest films of all time (it's been one of my top five favourite films ever for quite some time).  I love everything about that film, and it still creeps me out on a fundamental level, and it sparked an obsession for zombie movies that is still shuffling along, all these years later.

After Romero's films, the next easiest films to get hold of in my small town all came in badly dubbed English from Italy, and I gorged on Fulci, Bava and Lenzi fright flicks – their cheapness making them even more horrific, as clumsy gore splashed across the screen. 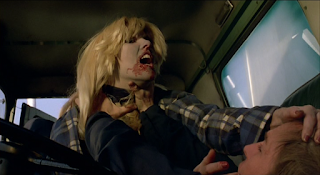 I lived, breathed and ate zombie films for a few years there. I watched everything - the good, the bad and the abominable, including Curse of the Cannibal Confederates, which I still rate as the worst film of all time. I got every issue of Fangoria and The Dark Side, with the latter magazine proving invaluable in tracking down the next obscure film. Me and my mates shot our own zombie epic on low-fi VHS, and I've still got that tape stuffed away somewhere too.

There was just something about zombies that I always loved. Something about the way they keep coming, and never stop, and are us, and they show how fragile modern society is, and how terrible it is to get stuck following the herd, and all that rotting meat and flesh-ripping. 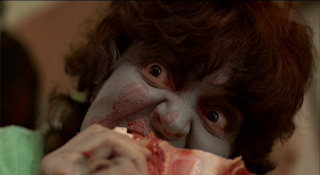 Zombie films weren't ironic enough for the nineties, but the past decade has seen an explosion in zombie fiction and there has been lots of good stuff, and more every month. But there are also absolutely terrible ones, and I have enough willpower to resist watching the worst these days (it's easy to figure out which are the bad ones - any movies about zombie strippers are a real turn-off, and any zombie films that end with the living dead being cured are a particular bugbear, because YOU CAN'T CURE DEATH, and because it means the main protagonists are inevitably terrible murderers.)

The fact that zombies can sometimes run fast isn't a sure sign that the film is going to be rubbish – some talented filmmakers have done interesting things with the running dead – but they do show that they've missed the whole goddamned point of zombies.

There were, of course, running zombies as far back as the eighties and the magnificent Return of the Living Dead, but now it feels like almost every new zombie film has lightning-fast dead people. The whole thing has reached its apex with the tidal wave of pixellated dead in World War Z, climbing gigantic walls in impossible configerations. These digital ghouls don't come ambling towards you, groaning in dead despair, they're launching themselves at you with impossible swiftness, (and also severing the connection between the living and the dead that makes most zombie films so unsettling, but that's a whole other argument).

But we are told zombies have to be fast, otherwise people won't believe they're a threat. They say it's not realistic that the world would fall to such a slow-moving menace. They say slow zombies aren't scary. They say they're not a real threat for a modern audience.

They'll be the first to get eaten. 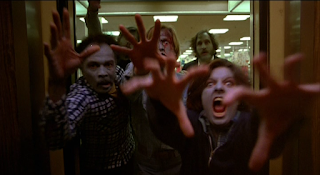 The fact that they are so slow is the very thing that makes the classic zombie movie concept so powerful, something that is lost in the jog of the dead. Society falls in apocalyptic zombie films precisely because that society doesn't take the threat seriously enough. When the dead shuffle towards the characters, the ones that get eaten are those who don't keep their eye on them, because they think they're not a threat.

It's part of the arrogance of the now – our civilisation thinks it's so powerful that it would take a monstrously large and swift event to bring it down, when it's really about a long, slow descent into extinction. The great historical civilisations didn't collapse in a day, they were slowly lost over decades and centuries, not in a burst of sudden chaos. While the zombie apocalypse was all kicked off by a singular Night of The Living Dead, it's a long, long fall towards the Day.

It's because people scoff at slow zombies and their clumsiness, and the fact that in a one-on-one fight, the human will usually win. But that's how they get you, like the biker gang at the end of Dawn, dying stupidly in blood pressure machines.  They're not less dangerous because they're slow - their victims are too complacent and don't see dead staggering towards them.