What is best in life? The Star Wars spoiler standard


One of the things I find most fascinating about Star Wars' renewed grip on modern pop culture is the way the entire world is holding its shit together on the issue of spoilers.

As everybody who has seen The Force Awakens knows - and by now, that's getting to be a significant proportion of the planet - there is a big, Star Wars universe-changing moment that comes about three-quarters of the way through, setting things up nicely for a climax of explosions and angst. 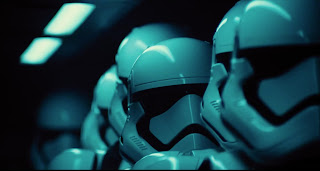 The fact that there is a big plot twist isn't surprising, but what has surprised me is how long it has remained a secret, more or less. It's regularly mentioned in full articles, essays and interviews, but always comes with a spoiler warning, and is never referred to outright in the headline, in case somebody stumbles across it. Even social media has been reasonably good at keeping it together.

I honestly thought all that would have broken down by now, and that everybody would be discussing it out in the open, especially when that plot development sets such a mood and tone for the final movie. But the culture around this movie has become weirdly self-policing. Nobody really wants to be the dick that ruins it for everybody, even though everybody knows about it. 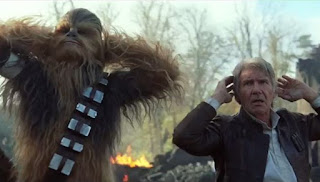 I really can't wait to see how long it lasts, because it won't last forever. I thought it would be out there a week or two after the movie premiered, and that it would all just be common knowledge, but it's still bubbling away there, and might last for a while yet.

If anything, it's just nice to know we don't all turn into total dicks on the internet.

I share your observation and pleasant surprise with the overall attitude surrounding 'the bridge occurrence'. What's more, real-life people (workmates, family, etc) seem to be holding this in with better etiquette than a lunchtime vindaloo. A big time SW fan, I read as little as possible prior, went in completely unknowing, and came out infinitely more impacted as a result. Thanks be, to all spoiler keepers.