What is best in life? The extraordinary artwork of Barry Linton 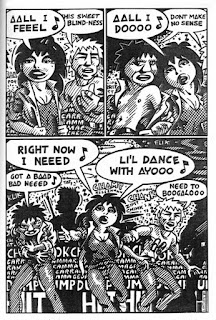 New Zealand artist Barry Linton has been killing it with his idiosyncratic comics and eye-catching gig posters for decades now, and remains a vital slice of Kiwi pop culture.

I was first exposed to his work at a very young age - one of my cool uncles liked to collect Linton's comic work in Strips and other mini-comics in the late 1970s - and it was my first ever exposure to a non-mainstream comic. I was only five or so at the time, so his gleefully adult comics creeped me out a bit, and I couldn't get my head around his use of phonetic language, but his goofy figurework and sheer energy have always been an attraction. 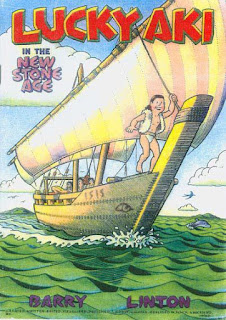 Barry is still producing his own comics, usually set in the distant past or far future, and an excellent look at his career has just appeared on NZ music archive website Audioculture here

His comics still creep me out a bit, but there is no denying that he is a dead set legend.