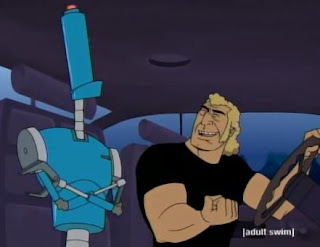 “Jock rock my ass! Listen to those lyrics, man! It’s all about love and longing!”

“Yes, and hobbits too. Look, it’s a metaphor! They wrote about a lot of other stuff! Why am I arguing with a robot?” 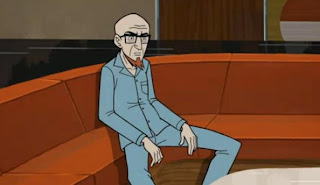 “Are you okay? Dr O said that you’re probably insane now and that you’ll never be the same.”

“Heh heh. Are you kidding? *sighs* Okay, I’m just turning sixteen and having a birthday pool party. My father invites every girl he knows, and I’m not talking about girls my age. No, not Jonas! He invites Playboy bunnies and models and I think actual whores. Y’know, real prostitutes. So there I am in my giant bathing suit with nervous puberty oozing out of my gigantic pores. Just awful! So the band suddenly stops playing and I hear ‘And now, the man of the hour: Rusty Venture!’ All eyes on me, right? Then suddenly – almost predictably – the Action Man shoots my groin with a shrink ray right as that fucking jackass Colonel Gentleman pulls my shorts down.”

“Oh no! No! What I went through today was ‘like a nightmare’. What happened when I was 16? That is my life.” 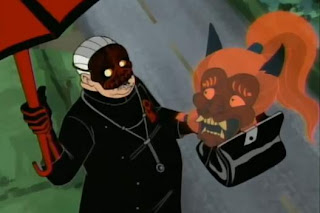 “Compromise, my friend, is the essence of diplomacy, and diplomacy is the cornerstone of love... Sweeeeeet loooove….” 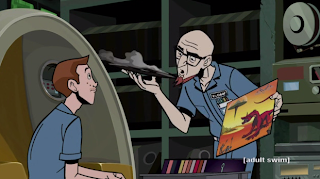 “Dean! Noooo! (picks up the headphones) Oh, my God, it’s side two of Dark Side of the Moon! He’s in a Floyd hole! Fill the tub up with ice, now!” 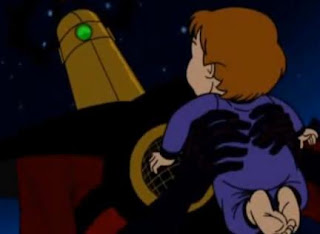 “SOMEONE LEFT A BABY!’ 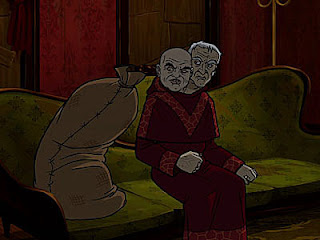 “We haven't been outside in 30 years. I'm old and I'm afraid of everything.”

“I'm afraid the streets are overrun with teenage gangs!”

“Teenagers are cruel and they will undoubtedly taunt us because our trousers are not in style any more.”

“And we are two heads on one body. And that has never, ever been hip!” 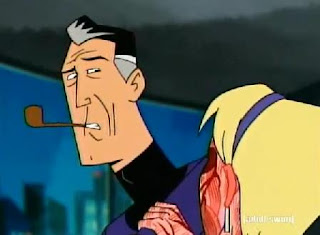 “What could be more important that your family, Richard?!?” 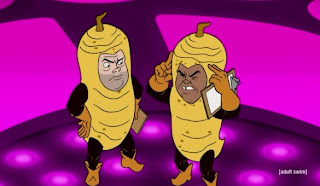 “That’s it! I’m gonna bash the door down with my secret mind powers! Back up Tim-tom!”

“You don’t have secret powers!

“That’s because they’re secret. Maybe even to me!” 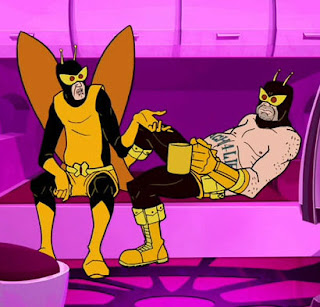 “Yes, but they're not quite souls, but that’s the general idea, everything has a soul.”

“Crap, so I guess I should become vegetarian.”

“No, like everything living has a soul, even spinach. You can't win.”

“Here's something. You know how people cry about aborting babies because of their soul? Turns out you don't get a soul until you're like one.”

“Or maybe six months. I forget. Either way, you're just this little crying, pooing monster blob until you get your soul.” 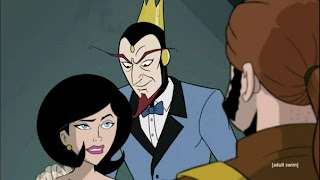 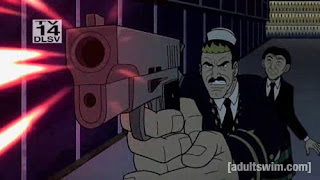