A month at the movies #19: Inherent Vice 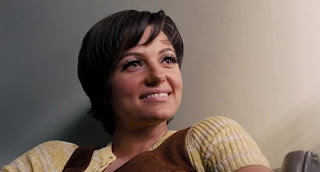 Some people swear that The Master is Paul Thomas Anderson's best film, others claim that he peaked with Boogie Nights, while many maintain - with good cause - that There Will Be Blood is the best. But I'm all about the Inherent Vice.

This view is, undoubtedly, majorly influenced by the fact that the lovely wife and I saw it in a Seattle cinema during a long cruise up the west coast of America, but I do genuinely think it's a great and somewhat under-rated entry in Anderson's filmography, with the director at the height of his abilities.

It's so cruisy, it's almost dragging its ass on the ground and I'm still not entirely sure what it's all about, but that free-wheeling nature is addictive, with a stoned, paranoiac vibe that papers over most of the cracks. It doesn't matter who the fuck the Golden Fang really is, or why Bigfoot eats all the dope, it's the journey that matters, not the destination. And Anderson makes it look effortless, like making this kind of film is a breeze.

It's also got a perfect cast - Joaquin Phoenix was born to play Doc, Josh Brolin is a fucking nightmare and Katherine Waterston is a vision of ethereal untouchability. There is a typically groovy soundtrack and there are small doses of gritty reality, right down to the filthiness of Doc's feet.

I also don't know what the hell Martin Short is doing, but I could watch a whole movie of him driving around the city while under the influence.

I do have a vague, half-arsed theory that this movie is the Velvet Underground of Anderson's offerings - it isn't the most-admired of his films, but those who do love it find it massively influential and inspiring. Mind you, I literally wrote a 100,000-word novel that was 100 percent inspired by the scene where Michelle Sinclair shows up in Doc's office, so I was probably always going to say that.
Posted by Bob Temuka at 7:27 PM