So I came back from a short holiday and went to the comic shop on a Saturday morning, just like I've done almost every Saturday for the past six years, and it was just gone, man.

The doors were locked, and the store was empty. A couple of weeks ago, it had been overflowing with comics, shoved into every corner of the store. Now it was just bare walls and empty shelves. It was fairly disconcerting, especially when I'd been assured that it would be business as usual, three days before I went on holiday.

Comic shops come and go, but this one lasted longer than most, and died just as fast as the rest. It's now going to be reborn in some new form. And while it won't be quite the same, it'll still be okay..

Because I still live in a town with two proper comic shops, so all is right with the world. 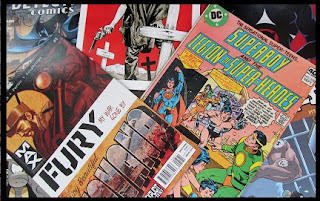 It wasn't always like this. I didn't live in a town with a comic shop until I was 19, and there has been a good decade in the next two where I've been living in a small town with no comic shop access. I still get excited when I walk into some new store, eager to see what they've got. It's a buzz that never dies, (until I find that this new store has all the same shit as the last old store), and it's still the best way to get my full-on comic fix.

I've literally been around the world looking for comic shops, and I've moved towns based on the easy availability of comic books. I've been living in Auckland since 2007, and the first thing I did when I moved to the city was set up an account at a local. I chose the one that I'd been dealing with on mail-order deals, when they were sending issues of Seven Soldiers out into the Marlborough wilderness. I liked the owner, he was a sarcastic bastard, but he was never mean, and that was my Saturday morning home for seven years.

I later discovered the other decent comic shop in town actually got its books on time, and they got plenty of copies, but I never changed, even when my local was getting to be a month behind at one point. I didn't mind that much. I'm used to waiting for my comic books. And I like being loyal. 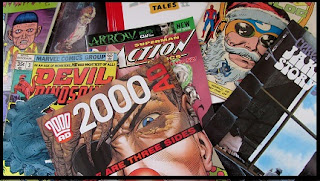 And then, suddenly, the manager got kicked out by the owner, and new faces showed up, and the comics got even later and more disorganised, and they were cleaning out the back room and finding things like a complete run of Zot!, and then I went on holiday, and when I came back, it was just gone, man.

The manager who got kicked out was the reason I stuck with the store, and he's opening his own shop tomorrow, so after some slight disruption, it'll be business as normal. I will set up a list there of monthly comics, but it will be a very, very short list these days, with less and less incentive to get the monthly fix (Thanks again, Hit-Girl.) But I really like loyalty, so I'll stick with the devil I know. 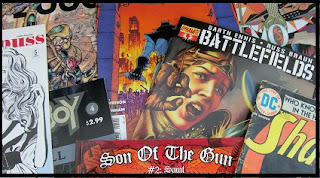 By complete coincidence, the only other decent comic shop in town, the one which has always been plentiful and timely, also chose this moment to shift into new premises, just down the street from its old location.

It's moved into much bigger and sexier premises, with room to move, and room to display everything properly. It opened last weekend and is a gorgeous looking comic shop, with prominent displays of things like local comics by local folk, and a 'How To...' section and sections for people who are only into Conan, or Doctor Who, or Robert Kirkman. For years this store was crammed into a slim shop, and if you had more than two people looking at the new releases at any one time, you were screwed.

No matter how sexy the new shop looks (and it looks pretty sweet) I haven't switched my allegiances to the new store, even though I know a couple of other readers who have. But I have been getting all sorts of odd comics from them since then, buying Fury and Fatale and Batman Inc straight off the shelves. It really is a weird freedom, just buying my comics off the shelves, without putting my name on a list anywhere.

But I will set up another one at my reborn local, because there things get missed, and I'm left hanging at the end of stories, or stranded in the middle of them. I still haven't tracked down the last Morrison issue of Action Comics, and I missed two issues of Fury, which is driving me a bit crazy. 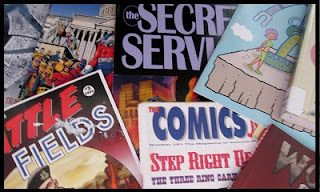 But I will get them. Maybe even this coming weekend, when I go back to my old home towns, and check out the shops down there. They're not the ones I'm familiar with, but that's half the fun.

My Dunedin local -the first shop I ever became a regular at - closed down years ago, but that’s nothing new; there are several other Dunedin shops that only exist in my memory, right back to the very first. A new store opened a couple of years back, and buying a Miller Daredevil comic saved my life one weekend. It's also moved to new premises since then, and it all looked mighty tasty the one time I got to stare in the window. (Nothing makes me sadder than staring in the window of a closed comic shop on a Sunday morning, seeing hints of glory, but unable to get inside…)

My Christchurch local had to move out of town after its last store fell down around their ears in a devastating earthquake, which is an extraordinarily good reason to move. It's now on the edge of town, and is conveniently close to the airport, and I get to drop in every time I pass through the wounded city. (It has somehow now become The Shop Where I Buy Jack Staff Comics, and I'm really not sure how that happened.)

I’m still fairly astonished that Timaru actuallyhas a comic shop these days (even if it is another result of fall-out from the quake). I would have cried with joy if there had been a comic shop when I was 15 and lived in Timaru. Now it's just become another shop to check out. 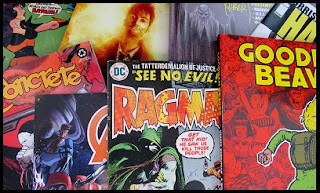 And of course I'm looking forward to seeing my family and friends when I go back home for the weekend, but I'm genuinely excited to check out the comic shops too. Especially when they're in a new location.

Because you never know what you're going to fin. There is no guarantee I'll find those missed issues I'm after, but there is a certainty that I'll buy something, because there is always something, if I look hard enough.
Posted by Bob Temuka at 10:13 PM

I've gone to absurd lengths to get comics - I remember hiking for about 4 miles as a kid to the mall to get what amounted to one measly comic - "GI JOE VS TRANSFORMERS" I think it was. In my college years and later it'd often be a hourlong drive to get to a decent comics shop, I ended up going mail order with the excellent Westfield for many years. It's like crack, though, you'll always find a dealer somewhere....