Nobody wins when you dance with dragons 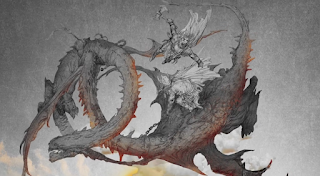 One of my favourite things about devouring George RR Martin’s Westeros books is the mad analysing and philosophising that always follows. I finished Fire and Blood in a week and spent a long, long time afterwards watching all the videos and reading all the essays and listening to all the podcasts that were fiercely deconstructing all the new data. It’s bliss.

But one thing I have no time for is anybody trying to convince me who the good guys and bad guys in the Dance of the Dragons were. They’re all bad and awful. That’s the point.

It’s always comforting to have a story where one side is obviously evil, and the other is obviously good. There is plenty of that in the larger Song Of Ice and Fire, with noble families that are all honourable and loyal, and freaking ice zombies who want to murder everyone on the other side.

But that’s not the story of Dance of the Dragons, and there are characters who are noble and honest and true on both sides, just as there are characters who are treacherous, vile and batshit crazy on both sides. If anything, the real villain is the system of monarchy itself, which encourages the convoluted nightmare of succession, and the horror that it unleashes in the hearts of men and women with giant fucking dragons.

I will read anything that is ever written about Patchface’s moist mutterings, but any type of logical gymnastics needed to feel like the good guys won this dance are just a waste of time.
Posted by Bob Temuka at 7:01 PM