Storage Wars: Inside the storage locker of secret shame


Reality TV is not my thing, and I've always been a total goddamn snob about it. I've never been able to watch an episode of Survivor, or The Amazing Race, or Big Brother, or any competitions involving singing, cooking, or getting knocked off things by giant colourful balls.

I just can't get enough of Storage Wars. 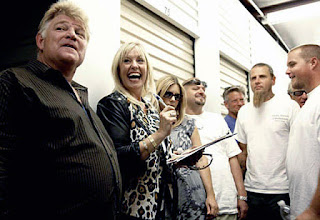 It was all sparked by overseas travel – when you're barrelling around the world, you always end up chilling out in hotel rooms at weird hours, skimming through dozens of channels to find something worth watching.

You can usually find some kind to movie to watch, but there are always three shows that are always on, wherever you are in the world, whatever time one you're watching. The first one is Seinfeld, which is still awesomelly funny and worth filling in 25 minutes with, and the second is The Big Bang Theory, which is still incredibly unfunny and not worth anybody's time.

But if you don't see those two TV shows, you will find some Storage Wars, the show where buyers bid on abandoned storage lockers and dig around inside for treasures. The original California show has been going for years, with multiple spin-offs in Alaska, Texas and New York, and it is in heavy rotation on channels all around the world. 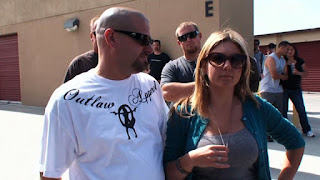 Because it is bloody entertaining, (even though the main protagonists often turn out to be selfish jerks), and the way each episode breaks down into three separate sections – the auction, the cleaning out and the cashing up – keeps each episode rocking along nicely.

One moment, they're trying to push each other's spending up, then they're diving head-first into somebody's left-behind life, and then they're off finding out some facts about the crazy shit they find.

Besides, you really find out about a culture when you dig though its crash. In an interview with EW earlier this year, Rainn Wilson said that if aliens came to Earth and wanted to know everything there was to know about modern US culture, they could just watch a Storage Wars marathon, and he's not wrong. You can see everything there is to know about a society by looking at what they leave behind.

But the best thing about it, and they thing that really appeals to me in particular, is the way it scratches an itch for finding buried treasure in pop culture. 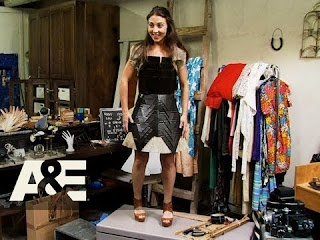 Anybody who is into pop bullshit like comics for long enough has that same dream, of unexpectedly stumbling across some hidden treasure. We've all got an eye out for a Detective Comic #27 in the middle of some random thrift store, or that stash of early-bronze age Spider-Man comics at the school fair.

There are even legendary finds, well-known in comic culture, like the Edgar Church collection which kickstarted the whole Mile High retail empire – I might not ever stumble across a cupboard full of mint Golden Age comics like that, but I can't help tasting that thrill when I read about it. 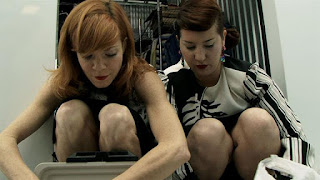 The problem is that these things are, by their very nature, rare as shit, and you can go out there looking for it all forever, without finding anything cool. Who has the time to search through all the rubbish of a modern life, looking for the cool shit? Who has the money to put into that kind of search? Who can be fucking bothered?

The Storage Wars crew can. 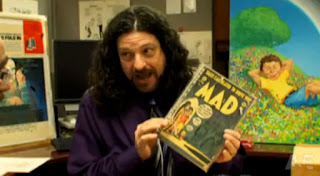 Out of those three sections of Storage Wars, it's that middle one that's the best, because anything could happen when they start digging through these lockers. There could be anything in there.

And yeah, it's mostly junk, and the stuff that brings in the real dollars is usually boring shit like furniture or weird antiques. But I love living vicariously though these beautiful treasure hunts. I don't have the time, patience or inclination to go through all this junk, but that doesn't mean I don't want to find out what other people have found.

And sometimes they do come up with the geek goods – some collection of fascinatingly obscure trading cards, or some carefully framed piece of original comic art, or the first issue of Mad – and as jealous as I am, I'm glad that these things have resurfaced from forgotten lockers and are on their way to a new, loving home. 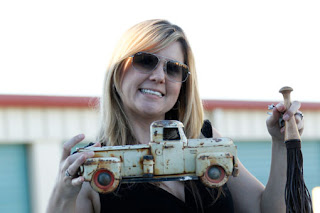 I came to Storage Wars late, so there are dozens and dozens of episodes to catch up on, and I'm making up for lost time. I don't need to be trapped in a hotel room on the other side of the world at awful o'clock in the morning, I can watch it any time.

Some of my more intellectual friends have been horrified when I revealed this secret addiction, seeing Storage Wars as nothing more than trash television. I might as well have revealed a predilection for one of the million godawful shows about fuckin' home renovations.

They might be right, but I reckon there is always room for a little trash in the modern televisual diet.  And when Darryl or Boggart or Mary or one of the dozen other storage warriors go digging for treasure, I'm quite happy to look over their shoulder to see what cool shit they find.
Posted by Bob Temuka at 6:28 PM