There is a never-ending and pointless debate in comics criticism over the relative values of words and pictures, over whether the script or artwork is the most vital part of a comic story.

It'll never end because there are valid points for both sides of the arguments, and it's totally pointless because the obvious answer is that the beauty of comics isn't just in a brilliant story or gorgeous art, it's in the alchemical magic of their synthesis.

But we still all have our own prejudices, and I'm no exception, so for a long, long, long time I was certain that the script was the most important factor in a good comic, and I would put up with shitty art for a clever story, but ignore wonderful art if it was on a terrible script.

Kirby set a lot of us right. 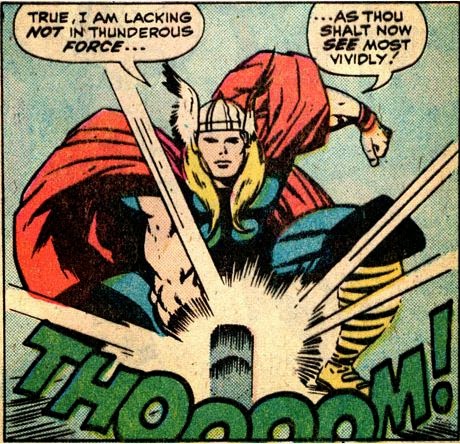 I never liked Jack Kirby comics when I was a kid, because I was young and stupid, and I'd been raised on the clear, dynamic and slick lines of Neil Adams, John Byrne and Alan Davis, and Kirby's art looked blocky and “old” and yuck. I never appreciated him while he was alive, and I still feel rotten about that.

Shortly after he merged with the infinite in the early nineties, I started to realised that a lot of things that I liked about those slick mofos had been done first by Kirby twenty years ago. And the art that I thought so dated in the early eighties proved magnificently timeless as more years passed, and the energy and passion of his artwork only sank deeper into the page, ready to explode into the heads of a new reader.

And Kirby's larger-than-life and insanely optimistic art was a perfect fit for this strange new millennium, as ideas he crafted over hectic weekends spawn billion-dollar blockbusters - movies and mainstream culture finally catching up with the artist's decades-old vision. Kirby psychedelia is timeless.

For the past couple of years, I've been a full-on Kirby fiend. I only got my first ever original issue of his Fantastic Four run a couple of years ago, but since then I've bought another dozen or so – usually beaten up and going cheap, but still colourful and dizzying, even with a torn cover.

And while he did a more than a hundred issues of the FF, that's just the tip of the iceberg, with the artist producing an astonishing amount of pages over the years. The years of solid draftmanship before his Marvel renaissance, all those other institutions he created with Stan Lee and chums, the long gazes into the weirdest recesses of the human soul that was his seventies work, and a last flare of Victory for minor comic companies.

Even now, 20 years after we lost Kirby, I’m obsessed with his wonderful, wonderful work. I’ve finally come around to The King, and I’m deeply embarrassed that it took me this long.

After all, all I had to do was give up on the idea of the story being the only thing that really mattered. 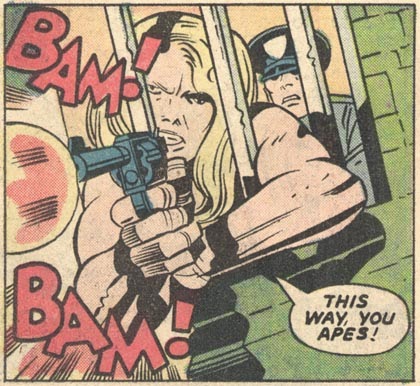 I’m not saying that all the scripts on Kirby comics were awful – some of Stan Lee’s Fantastic Four scripts are simply sensational and Kirby's own stories have a powerful momentum that never wavers – but they can also be clunky, clumsy beasts. Kirby’s Fourth World stuff is dripping with cosmic philosophising and crazy ideas, but they can also be overwrought, over-dramatic and sickly sentimental.

What I am saying is that these things just don’t really matter. If anything, the clumsiness only enhances the power of the art, and it’s the art which gives these comics their power, and renders them eternal. 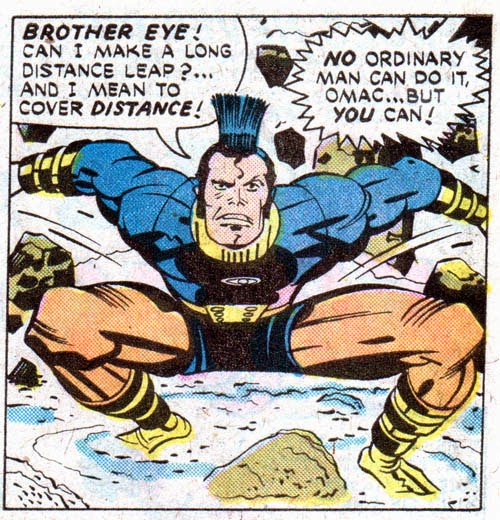 And after Kirby showed me the way, I was more than happy to follow. I stared buying comics where I didn’t give two shits about the plot or dialogue or character motivations, I just got them because they looked beautiful.

So while I still enjoy the delights of a crisp, clean script, it’s not the only thing I search for in the comics I enjoy any more. Something with stylish or moody or colourful art is just as important as anything else. 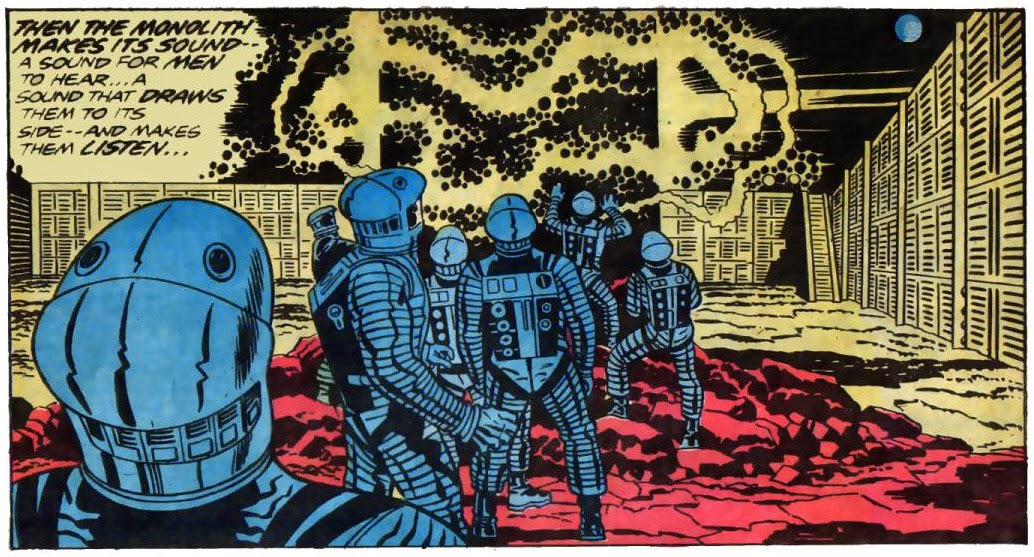 One of the interesting side effects of this new-found appreciation of the art over story is that it has also started seeping into my enjoyment of TV shows and movies, and as I’ve grown older, I’ve become less convinced that the script is the only thing that matters.

This is, of course, not the impression you get from much criticism of mainstream movies and TV, where critics get to show how smart they are by banging on about poor scripts, without ever really explaining whether they’re talking about dialogue, plot or storytelling.

I can still be turned off by a poor movie script, but I can also enjoy films with storytelling weaknesses, if they’re stylish or moody enough. It means I can still enjoy something like Prometheus, which has plot holes you could drive a truck through, because I love the intense mood, wonderfully oppressive atmosphere and beautiful visuals. Some of it doesn’t make sense, but that’s not everything.

The structure of a story can be shot to hell, but if it offers a more visceral experience, who gives a damn? Luc Besson's new Lucy movie might be hilariously dumb - I've yet to read a review that didn't point out the flaws of the 10% brain theory - but I just want some of that glorious Besson action. Who cares if it's dumb if it's beautiful? 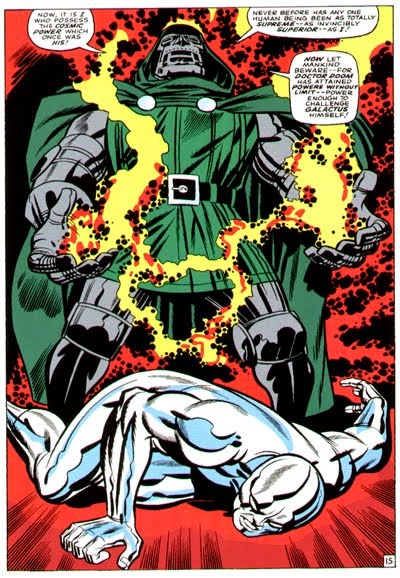 I still think the wonder of comics is in the melding of art and script - even with writer/artists, it's a glorious amalgamation of styles and points of view.

But after a lifetime of chasing the story - to the point where I only gave a damn about real life shenanigans - now I'm just happy to sit and enjoy a pretty picture without worrying about the structure that supports it, and Jack Kirby was so fucking good at pretty pictures.
Posted by Bob Temuka at 7:39 PM