Three things nobody needs to know

There are many, many things that nobody needs to know about anybody else, but this is the age of sharing, so here are three of mine, in painful detail. (Besides, it’s my hot blog, I do want I want.) 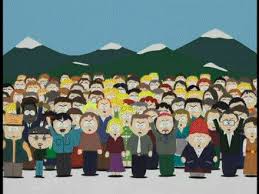 Thing #1: I hate everybody (sometimes)

So it was Record Store Day the other day, so I wandered on along to the biggest store in town, which was celebrating the day with some fine live acts. The place was packed, and I only got about 10m inside the door. But I only lasted five minutes before I had to go again, because it was extremely hot and sticky, and because I’d just finished a nine-hour shift at work, and because it was one of those moments in life when I fucking hated fucking everybody.

You know what I mean? One of those days where you're not feeling any kind of connection to humanity, and everything you see just pisses you off more, and you hate everything about everybody.

It doesn't ever last long, but sometimes I fucking hate everybody. And Record Store Day was one of those days.

I hated the old fogeys with grey beards, thinning hair and a Buzzcocks tee-shirt that was one size too small, nodding their heads out of time to a beat they couldn't follow, determined to prove they were stil hip. Still with it.

And I hated the young punks, sneering at everything in the world, but refusing to give up their spot by the Star Wars bobble-head dolls. They hated me right back, so at least there was some agreement there.

And I hated the college-aged douchbags in their ironic white vests, loudly declaring that the only reason they were there was to see if the “hot political reporter” from the TV news who was doing a DJ set was as good looking in real life. They didn't give a shit about the music, and there were far too many high-fives for this day and age. And since it was apparently okay to judge people by their apperances, it's probably fair to say that these guys were fuck-knuckled stupid white trash hicks with delusions of humanity, and deserve to be shoved into a sack with a rabid weasel and tossed off a bridge. (I also hated the DJ, just on general principle.) 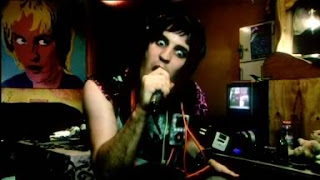 And I felt proper hatred for that dick who was standing outside in the rain, blocking the entrance as he smoked a cigarette and watched the action without joining in, because he was just a bit too cool for that, even though he was not cool enough to pull off that ponytail he was rocking.

And the goth kids who were wearing too much leather and too much hair for a muggy Auckland afternoon, and stinking the whole joint up

And the guy who was sitting down behind me, loudly explaining to his docile mate that Steven Moffat was the worst thing to ever happen to Doctor Who, and they should do it right by adhering to the styles and standards of the old series, and the sense of jealousy and entitlement in his spiel was so dense it almost became matter. (This was actually the week before, at a Doctor Who thing, but I was still angry about it a week later.)

And I wasn't the only one giving filthy looks towards the guy who had brought his five-year-old daughter along, because he was still cool, even though he was a dad ; he could take his kid and it was never too late to get her started. He was a Cool Dad. Even though she was clearly NOT having a good time.

But most of all, I hated that one guy who only made it 10m inside the door, and lasted five minutes before running like a terrible coward, and writing about it on a motherfucking blog. So busy judging everybody, instead of joining in with the fun on a nice Saturday afternoon. He sneered so much his lip now aches, and deserves to be shunned as the outcast he is.

Yeah, fuck that guy the most. 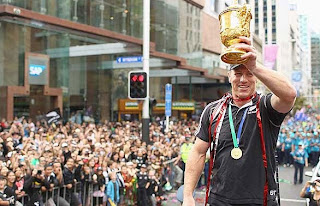 Thing #2: I’m totally not gay (But I sometimes wish I was)

So I always thought it would be nice to be a bit gay, mainly because it would piss off all the right people. Even though I was always into girls, I always thought there would be a part of me that wasn’t all conformist and boring, and could play for the other team, under the right circumstances.

Even after I got married to the most wonderful girl in the world, there was still a chance, and we would often joke about how I would totally turn gay for Fassbender, or Statham, or 80 per cent of the All Blacks.  There was always the chance, and there was no denying that these were some fine looking men.

And then I had a dream where I got intimate with one of those All Blacks. It was quite nice – lots of cuddling and spooning. And in the middle of that dream, one thing became clear – I wasn’t that into it. I wasn't grossed out or anything, it just wasn't doing nuthin' for me.

This was actually quite gutting, because it meant I was just another dull old hetro-sexual after all. Just another dude who digs chicks. Nothing interesting to see here.

Oh well, I'm still quite chuffed when a gay guy says he likes my shirt, and even though I have no stake in the issue, I was extremely moved when our country legalised gay marriage last week.  (I’m still somewhat baffled by the whole idea of homophobia in general, because it’s not any of my fucking business who anybody else falls in love with. Why would it be?)

While I kinda wish I didn't have that dream, because it shattered a few illusions I had about myself, it's also nice to set the record straight. (I also once had a dream where I found out how I would react if I actually ran into a proper ghost, but that’s another story altogether.) 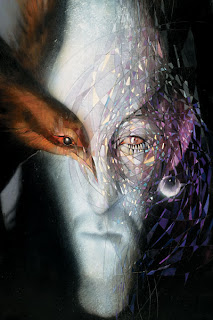 Thing #3: I can still be pretentious as fuck

So we all go through a period in our lives where we can be pretentious little fucks, and for most of us, it’s the teenage years. That’s when we spend all of our time attempting to impress people with our knowledge of art and literature and other important shit, without having a goddamn clue what we’re talking about.

That’s the time in your life when you want to be taking music very, very seriously, and sit around reading collections of T S Elliot poetry and telling everybody that The Sandman is opening your eyes to the possibilities of the comic book medium.

My tolerance for all things pretentious snapped quite suddenly when I was 20, about halfway through a cinema screening of Peter Greenaway’s Baby of Macon, when I was overwhelmed by the sheer bullshit of the movie. This sparked a backlash against anything with any hint of pretension. I kept right away from prog rock, refused to sit through any movie that took itself too seriously, ditched the vast majority of my Vertigo comics and limited my poetry intake to the odd Walt Whitman or Edgar Allen Poe verse.

And that became the time in my life when I was all about the punk rock – not just the music, but the whole DIY ethos that could be applied in all mediums, convinced it was the only valid form of artistic expression. That’s when I got heavily into the sharp, clear writing of the great crime writers of the mid 20th century, because they managed to tell taut, tight stories about the human condition without ever getting ostentatious on it. That's when I only wanted songs that lasted three minutes or less. That's when I wanted movies that didn't choke on their own seriousness (and lasted less than two hours). 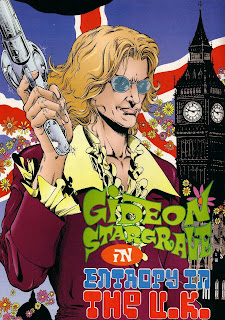 There was always a bit of love for the pretentious that never really went away – I always liked Grant Morrison’s comics, and the more up their own arse they went, the more I liked ‘em. But in general, when it came to art and stories, I wanted truth, and only truth, with no delusions of grandeur.

But then I grew out of that as well, and learned to appreciate the bollocks a bit more, because at least they were trying to do something meaningful, and when the world sometimes feels like it is devoid of all meaning, that can be comforting. Something can take itself so dead seriously that it becomes funny again, or can even be enjoyed for it's efforts.

So now I'm looking forward to the new Sandman comic this year, and I feel real fondness for things like the Cloud Atlas, which was courageously self-important. I still don't dig the poetry but I've stopped sneering at it, and I can even handle the odd bit of prog rock.

Moaning about stuff being self important ends up feeling like an act of self importance, and it's best not to worry too much about whether something is pretentious or not.

Which ends up making me one pretentious motherfucker.
Posted by Bob Temuka at 3:43 PM