Never mind all those Dads who say that there isn’t any smart writing on comics these days, and that the art of critical thinking has been irreparably diluted by the sheer amount of material on the internet, and that things aren’t as smart as they used to be, and all that bullshit. They don’t know what they are talking about.

There has never been a more better time for rich and thoughtful essays, blogs, reviews, interviews about comics. The world is full of this sort of thing, and we all have access to it. This is a Golden Age of Comic Thought, and more fool you if you can’t see it. 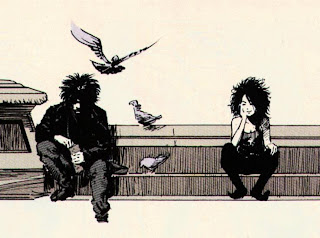 Those same Dads are always moaning about the dire state of comics journalism, and can’t see the vast forest of knowledge past their few ignorant trees. But this sort of complaint about the lack of critical thought is nothing new.

In an interview with the Comics Journal in 1994, Neil Gaiman and Gary Groth had an exceedingly pleasant conversation that strayed into the area of comics criticism, and both men took the opportunity to bemoan the fact that there wasn’t a wide range of critical writing. They both managed to dredge up a few examples, (and did an admirable job of not mentioning the Journal itself, which is, was, and will always be a fine source of critical thinking), but for the most part, they despaired about the lack of real thought on comics.

But that was 1994, eighteen years ago, and things have changed. The age of the Internet was just about to kick in, and neither man could have predicted the explosion of writing about comics that would produce, to the point where the kind of thing that were aching for in that pre-web age is now everywhere on a daily basis. 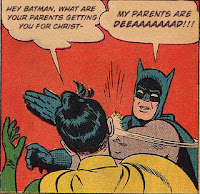 To be fair, there is still a lot of crap to wade through. A recent blog post by Dave Lartigue perfectly nailed the laziest of critical thinking – throwing in a couple of post culture reference is not the same as critical thought. Lartigue’s piece – which was better than zombie apes and pirate ninjas dueling with light-sabers over one of Gil Gerard’s white leotards that has caught fire, with bacon – pointed out that there are smarter ways to express enthusiasm for something without resorting to easy referencing

But while there are plenty of examples of this, all over the place, there is also a lot of really intelligent and thoughtful writing on the internet, with more showing up every single day. In blogs alone, there is Colin Smith's unwaveringly polite devotion to comics craft, or the brilliant pieces of character analysis on Tim O’Neil’s site, or J Caleb Mozzocco’s ongoing quests for simple pleasures. Group blogs like Savage Critics, the Factual Opinion and Mindless Ones have individual identities that demand excellence and decry mediocrity.

Lovely people like Tom Spurgeon, Graeme McMillan and Sean T Collins provide essential linking,  and old warhorses like the Comics Journal are still helping out, with strong writing on both print and screen.

And this isn’t even getting into comic videos and podcasts. There are too many to keep track of, and not enough free time in the day to listen to them all, although it is possible to follow a couple faithfully (I never miss an episode of House to Astonish and Wait, What?) 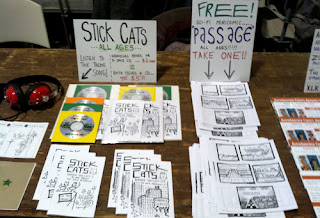 All of this, and so much more, creates The Conversation, which I think is always worth listening to.

The Conversation about comics is a vast and sprawling thing, that spreads between a dozen main websites and dozens more blogs and online columns and magazine articles. It’s never talking about one single thing – the only thing connecting all these threads together is an interest in the form, medium and business of comics.

Sometimes, a large part of the conversation gets fixated on a single aspect of the medium – in recent months, Before Watchmen has been on a lot of peoples’ minds, and has generated an incredible amount of debate and reasoning. It can all get a bit much, (especially when the only sensible option for dealing with this kind of appalling idea is to give it no oxygen at all), but it’s not everything.

There are still hundreds of other parts in the Conversation which are more interested in things like Chris Ware’s new box of books, or the new stash of mini-comics snapped up at some dreary suburban comic convention, or a debate on the merits of some almost-forgotten artist from decades ago.

Sometimes it can get into things I’m not bothered about – I’m right behind everybody who says the Kirby estate deserve a bigger cut of the Avengers pie, but a lot of this discussion gets bogged down in a boring focus on the money. And while it is a phenomenal amount of money, it’s not the most important part.

There isn’t as much talk about the fact that concepts and ideas that Jack came up with decades ago are finally becoming the most absolutely mainstream thing, and the ideas that he had with Stan back in the day, and passed on and built upon by hundreds of other talented creators, are now taking root in the minds of a new generation. I’m far more interested in hearing that side of the deal. 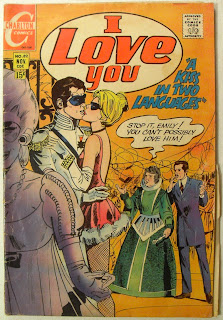 It's an endless discussion. It's loud, occasionally obnoxious and can get very, very weary. But while there has never been more rubbish to wade through, the riches that can be dug out are like nothing else.

The Conversation – as far as I’m hearing it – is composed of all sorts of voices saying all sorts of different things, talking about everything to do with comics. There is loads and loads of smart thinking, some really charming humour and an unbridled love for comic books. Anybody with any interest in the form, medium, industry and life of the comic book world can't help eavesdropping, and might even contribute to the beautiful noise.
Posted by Bob Temuka at 5:11 PM