I came across an old diary while I was cleaning out the house this past weekend in preparation for moving, and I can’t stop flicking through it. It’s from 1995, and I was 20 years old, and I’m pretty sure I was at my most extreme dorkiness, because in between pages and pages of moaning about old mates and existential dilemmas and the lack of a job, the diary is weighed with thoughts about the comics, books, music, TV and movies I was gorging on at the time.

And it’s hideously embarrassing. I forgot how much of a nerd I was and how much I cared about things that mean absolutely nothing to me now, but my own ponderous pretensions also make me laugh so hard that I had to copy some of them down here and share them with the world.

A little masochism is good for the soul. 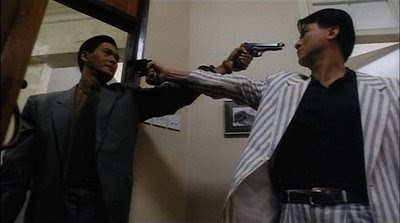 So there I am, in Video Ezy, looking for something vaguely interesting to watch and I’m just about to go up to the counter with a Jackie Chan movie when I see it. The Killer. John Woo.

I swear, I just about fainted. I couldn’t believe that I had been through that store so many times and completely missed it. Jesus, it’s the best movie I’ve seen since Pulp Fiction. It’s in a completely naff dubbed version, but Christ, what an amazing film. I could go on and on about it, but I know how I feel and I’m cool, so I will stop now.

2012 Bob: Dude, I know you. You were not cool. Especially when you tried to dress like Chow Yun Fat.

I now present my top 10 novels (or series) I’ve ever read, at this time, in no particular order – The Hitch-hikers Guide to the Galaxy series, The Stand, Catch-22, The Vampire Chronicles, the Riverworld series, the Wild Card series, Anno Dracula, The Dice Man, Carrion comfort and The Great and secret Show. I think it’ll be interesting to see how this changes over the next few years.

2012 Bob: Hitch-hikers, The Stand, Catch-22 and Anno Dracula might still be on the list now, but… Carrion Comfort? The Vampire Chronicles? What the FUCK? 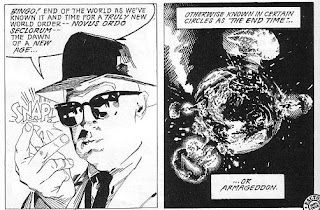 They’re out to get me. Aliens, the CIA, Nazis, Freemasons, Walt Disney. All of them, totally evil and dedicated to being bad. That is, if the Big Book of Conspiracies is anything to go by. Finally, a comic dedicated to pure paranoia. Presented in fine fashion, no less. With a healthy dose of wit and a measure of anger, this is the best book I’ve bought since, well, the Big Book of Urban Legends.

2012 Bob: All of the big Books were rewarding, but everybody was into conspiracy theories within a few years, and it just wasn’t as cool anymore.

And now a special appearance from 1992 Bob, who was 17 and dumb and writing another diary that was full of exclamation points:

YES! Barely a week ago I believed I’d never get Infinity Gauntlet #5. Then I got it today! I almost screamed out for joy. Hopefully I won’t have to wait long for #6 (pleasepleaseplease) I also got X-Men #3 with the supposed death of Magneto. Wow! My two favs in one day! 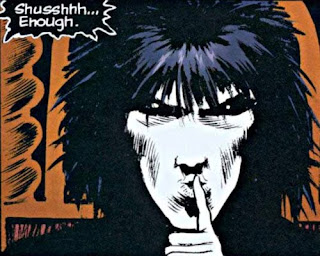 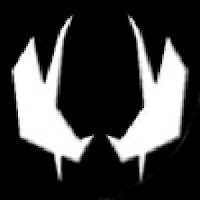 Grendel: Oh god, that saga is surely one of the greatest to ever grace the comics page. Today I doubled my Grendel collection by buying four more – the entire Devil’s Choice story. Jesus, I find it hard to fully articulate how I feel about it. On one level, there is your basic ultra-violence angle, but underneath that there’s this wonderful subtext. This terrific undercurrent that gives the whole thing deeper meaning

It isn’t just glorified violence laid out in an extremely well-told manner. It’s a state of mind! Yeah. Why can’t I live with this code of honour, or rely on pure willpower to survive this life? It’s all possible

2012 Bob: There still isn’t a day that goes by without me asking myself: “What would Grendel do?”

Today I came to the realisation of just how bad a state the industry’s in. In the Hulk it had one of those charts that in the letters page saying how much it was selling and so forth. The Incredible Hulk, one of the most popular titles in the world, is averaging just over 200,000 in sales. Fuck! I remember a time when I thought the lower 300,000s were bad. The whole industry is on the verge of fucking collapse. Shit. 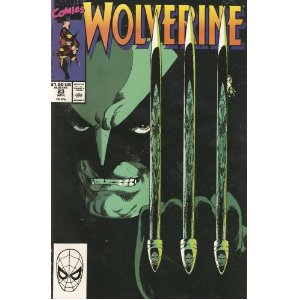 Comic day! Yay! What’ve we got? Oh! A Wonder Woman comic by John Byrne! Great! And what’s this? Ah! An old Wolverine! It’s Byrne too! Cool! Anything else? Two Concretes! Yay! And…? Night of the Living Dead: London! Scary! Barker!

2012 Bob: I actually used to talk like this all the time. Sometimes I still do.
Posted by Bob Temuka at 5:49 PM

You're braver than I am to post these, that's for sure. I like the multiple us of "Yay!"