There are only a few film directors whose work I always want to see at the cinema as soon as possible. I’ve gone off a few over the years and these days, it’s largely limited to slick and stylish creators like the Coen Brothers, David Lynch, Terrence Malick, Jim Jarmusch and the mighty Shane Meadows.

I never miss the chance to see a new film by Meadows and it is always, always rewarding. His work is always stellar and often unbearably moving, as he finds moments of such aching beauty in the most mundane of settings. 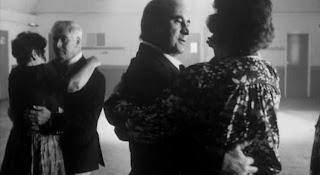 It was the ballroom dancing scene in Twenty Four Seven that got me.

It’s Bob Hoskins taking his auntie out to a small community hall for some dancing lessons and finding some peace of mind in the effort. While it is a brief digression in a harsh story about a broken man trying to set up a boxing gym for boys, it encapsulates everything I love about Meadows’ films.

It’s a moment of poetic grace amongst the grime, the ordinary made beautiful as real human connections are made. A ballroom dancing class attended by half a dozen people in the afternoon becomes a glorious ode to finding beauty in the simple things people can enjoy

It’s not cool, or stylish, but it was real and it breaks my heart every time.

I saw the movie in a nearly empty cinema in 1997, inspired by a five-star review in Empire magazine, and after that scene, I’ve never missed a single one of Shane Meadow’s films. And that’s worked out rather well. 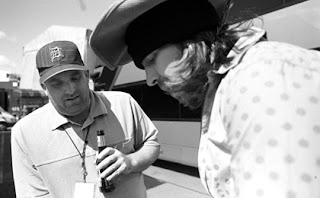 Twenty Four Seven is a slice of stone cold genius, a wonderful and touching examination of hope rising from the bleak despair of everyday life. A Room For Romero Brass saw Paddy Considine make his debut as a fantastically raving loony who bullies his way into the affections of younger peers.

Once Upon A Time In The Midlands does what it says on the tin, showing you don’t need guns and horses to tap into the same themes as a Leone western. Dead Man's Shoes starts off daftly humorous, takes a turn to the utterly horrific, and then ends up the saddest goddamn thing ever.

Somers Town and Le Donk & Scor-zay-zee are both about boys trying to find their place in this vast and confusing world, and the This Is England films are absolutely superb.

His films can be incredibly intense, with overdose scenes or really bad trips that manage to avoid almost all the clichés, while cranking the intensity all the way up 11. But they can also be effortlessly graceful stories about people at the bottom of society.

His films have timeless charms back up by the best ear for a decent soundtrack in the business, with broken people finding rare and exceptional moments of actual bliss, and more humour and humanity and profound truths in an 48-minute episode of This is England than in the entire filmography of, say, Michael Bay. 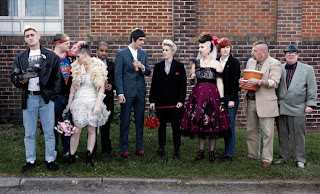 One of the key appeals of Meadows’ work is the idea that realism doesn’t always mean grim. His films have their fair share of utter despair, as terrible things happen to genuinely good people, but they are also loaded up with wit, humour and the value of a good laugh

Having a laugh won’t get rid of unavoidable pain, but it’ll help. Those who have been beaten down their whole lives finding their places of happiness, where they can let all that shit go, and have a laugh with good mates

Because he captures the appeal of good friends far better than any other filmmaker I can think of, grabbing those feelings of history and embarrassment and love and awkwardness that comes with any friendship that lasts throughout the years.

The crews in Meadows film can be a varied lot, but they are always there for their mates, no matter what. They tease and joke and confess and have a drink together, finding some warmth in a couple of beers and the latest Eastenders. 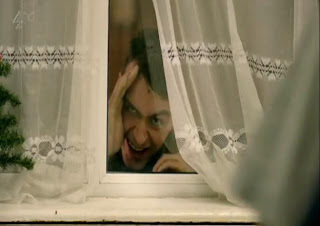 Meadows is also the latest in a long line of British filmmakers who are only interested in portraying this level of society, finding universal truths in thoroughly local stories. He follows in the steps of Lindsay Anderson, Alan Clarke, Mike Leigh and Ken Loach – tapping into the same feelings that produced the shared coffee scene in Scum, or the sum totality of Johnny's rants in Naked. That sense of kitchen sink transcendence, finding hidden depths in council estates or on the football pitch or down the pub.

For Meadows, This Is England is the ultimate result of that – a short and sharp movie about a changing culture that some people can’t change with, followed by (so far) two television mini-series, following the characters through the years that follow.

The idea that the story will continue to follow vast and ordinary lives through the long years is an inspired one, and with production values equal to his cinematic efforts, Meadows and his collaborators have crafted an exceptional story.

Like all of Meadow’s films, he gives his cast incredibly meaty roles - Stephen Graham is never better than when he gets the twitchy lip as Combo, the charm and friendliness of Joe Gilgun’s Woody makes the awful pain he suffers all the more unbearable, and Vicky McClure gives Lol a real dignity as she struggles with her own secrets.

Watching them all in one go – like I did in the past week – is incredibly draining, but grants vast rewards. Things got a bit emotional.

All I hope now is that the next series of This Is England films - and 1990 is coming - doesn’t focus on Woody and Lol. After all those two have been through, and considering where they finally end up at the end of ’88, I hope the focus goes somewhere else. It would always be nice to see them, but they have had enough drama.

I have exactly the same feeling about that as I did when I read the latest Love and Rockets, and say Maggie and Ray finally find some happiness. Leave them alone for a while now. 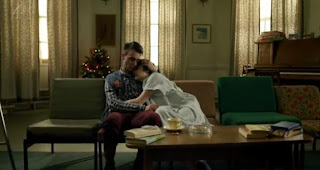 Watching a new Shane Meadows film sometimes feels like taking a long train journey that passes through a new major city. You get to see the backside of a city – the streets and alleys and vacant lots that surround the tracks. It’s a fascinating view, and sometimes you get to see something surprising, and the odd bit of wonder.

Meadows does the same sort of thing; operating out of the heart of Britain, he finds beauty in the strangest things –. A man who has committed horrific murders knows he has become the last monster that must be destroyed. A roadie turns an Arctic Monkeys gig into the greatest experience in his life. A former racist gets the chance to do one good thing to atone for past sins.