Seeing your dead loved ones isn't a thing 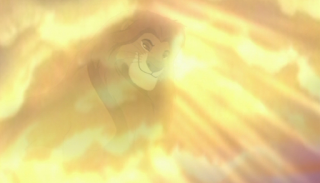 If there is one cliche in movies or television that I just can't bear to see anymore, it's the moment when a character has a vision of somebody who recently died.

It usually comes towards the end of the story, when the hero sees their mentor/significant other/life partner, and the visions rarely last longer than a few seconds, before they disappear and the mundane world goes on. But putting such a tiny dose of magical realism in grounded narratives always feels false.

Because when you lose someone, you don't get those kind of hallucinations, and it's almost insulting to insist that people do, because grief is all about the absence of that person in your life, and the fact that you will never, ever see them again, outside of your dreams. While you might emotionally feel their presence in your life, and it can come on in the strangest fucking ways, you're never ever going to actually see them across a crowded room, giving you a knowing nod.

(And Marvel movies in particular need to fucking stop with the heroes meeting their dead fathers in an idyllic afterlife, because that's been done to death too.)
It's just about bearable when it's blatantly a fantasy scene - Bert Cooper's magnificent side-shuffle off screen and off the mortal coil in Mad Men is still outrageously good - or part of an overall mythology, like the apparitions seen beneath that magic tree in Gilbert Hernandez's Palomar.

But it's a cliche that has to go. Grief is a universal experience - we all feel it, sooner or later - and that just means people should know better than to trivialise with that knowing nod.