Following Doctor Who through time and space

Happy birthday, Doctor! Thanks for always being there. 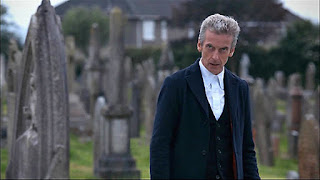 The night that Doctor Who came back, after 15 years off the television, I was all set to watch it when I got a phone call from work. I was the police and emergency services reporter on the local paper, and there had been a major crash on the only road out of town, and I had to head out to see the mess. So I started the video working (they weren't dead yet), and went out, just as the show started.

I didn't get home for five hours. I went out with Derek the photographer, and just as we were about to head back into town, the paramedics looking after one of the injured victims asked me to jump in the ambulance and help, because they needed somebody to hold the poor bugger's arm on the drive to the hospital.

Of course I helped out, because I'm not a bloody monster. And I got stuck out by the hospital after being rightfully kicked out of the ER, and it took me bloody ages to get home. But even though I didn't get to see the return of the best television show ever - something I'd be waiting so many years for - for a few more hours, I consoled myself with the smug notion that I'd done my best to do what the Doctor would do.

What would the Doctor do? It's a question I've been asking my whole life, and the answer is always the right one. 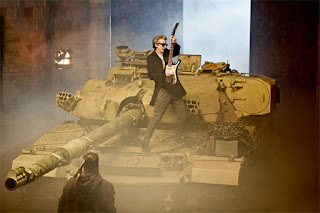 Doctor Who was 12 years old by the time I was born, and was already four Doctors in, so it's always been there. It was the best programme ever when I was 8, and when I was 26, and now that I'm 41.

There has never been any question about it. You can tell any kind of story in Doctor Who, and it can be funny or terrifying or silly or serious or hopeful, and sometimes it's all these things at once. It's constantly reinventing itself, proud of its own history, and generally solves its storytelling dilemmas with intelligence and compassion, instead of brute force. That's worth a century of wobbly sets. 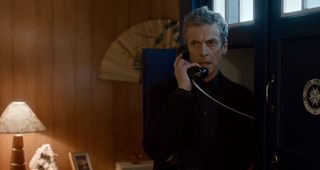 The first encounter was probably Destiny of the Daleks, sometime around 1980, because I have a very clear memory of sitting on my Dad's knee and watching Tom Baker stumble around a quarry. I was also deeply scarred by the Leisure Hive, with the bit where some berk gets his limbs ripped off, the eternal horror of the elderly Tom Baker, and the ludicrously long and strangely creepy pan along the beach at the very start of the episode.

I was only five, and still so confused, because I couldn't figure out who that other Doctor I somehow saw that other time? The one with the white hair and the dinosaurs? There were only two television stations, so he must have been the TV One Doctor, and the curly guy was TV2. That made me sense.

It took me years and years to figure this all out, and get it all straight. 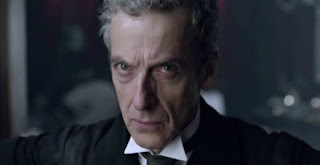 I'm still figuring it all out now, and still watching the new stuff, and it's no wonder that this kind of stupid obsession over a kids TV show from the UK has stapled itself onto the events in my life. Places and times and people in my life, all connected by a dumb television show.

That's why the Pertwee era smells of a mid-1980s Friday night down the TAB, and the First Doctor is irrevocably tied to boozy, druggy nights in the 1990s, because that's when all the old stuff really became available on video. Even the big 50th celebrations of just a few years ago are already cemented in that part of my life.

I can remember where I was in 2012, when Asylum Of The Daleks first played on UK TV, because I was actually in the country when it aired, and I can remember where I was the Friday night in 1984 when they started playing all the old stuff on telly, starting with the immortal Patrick Troughton in The Mind Robber. I have to go to a stupid school play, and I end up bonded with this other dorky kid in my class called Kyle over the fact that we're missing it.

Me and Kyle are still best mates. He sent me the latest issue of DWM just the other day, and I sent him some New Mutants annuals that I got cheap at the last convention I got to.  He usually buys the Doctor Who toys and the magazines, I get the fancy books and other weird ephemera. It's more of a shared collection now, which works out surprisingly well. 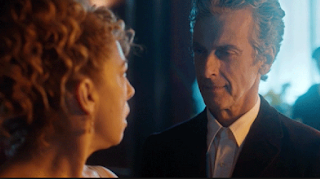 Years and years later, they finally catch up with Sylvester McCoy on local TV, but it's all over. When they wander off at the end of Survival with a wonderfully twee sign-off, there were still vague promises that there would be more to come, but they proved predictably hollow.

But it's not like Doctor Who ever goes away, and all through my 20s, it's still the best thing ever - I'm still heavily into the mag, and all the old stuff is coming out on video, and I have an embarrassingly huge crush on the New Adventure novels that still hasn't gone away.

Even so, when it comes back, there is almost nothing more exciting in the world. At the same time it returns, I hook up with the lovely wife, and that's slightly more important. But only slightly.

But then, just as it's about to start, I have to go do my job, and just as I'm about to get away, someone asks of my help, and I've got no choice about that. The Doctor wouldn't hesitate, and I shouldn't either. 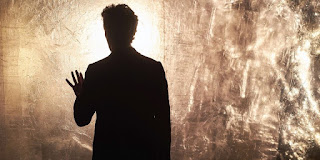 In 2013, a year after the big 50th, they fly me to bloody Australia to talk to the new Doctor for work. The job that delayed that first Eccleston episode, is now letting me talk to the actual current Doctor, and that's a big win for pure karma.

While I'm there, I make a dumb joke in front of Peter Capaldi about how incredibly excellent he is, and he laughs, and holy shit, what a world. How did this even happen? 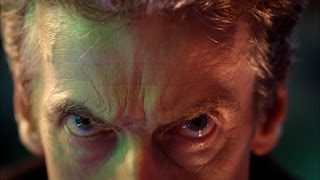 It's been a long year since the last new episode of new Doctor Who, and there is still a month to go. It's been a shit of a year for almost everybody, but we've all got to keep calm and carry on.

What would the Doctor do?