A fiend for the magazine: Weird shit, movies and comics


Even in this digital age, I'm a fiend for a decent printed magazine. I was genuinely bummed out when the last dedicated magazine store disappeared from the town centre a year or so back, but there are still plenty of informative and entertaining publications that I regularly follow.

I read every issue of Fortean Times and New Scientist, and find out about new tunes through three different UK music mags. I never miss an issue of Sight & Sound or SFX or Total Film, (all thanks to the local library), and I've been getting Empire magazine monthly since they put True Romance on the cover.

I miss the odd issue of The Economist and The Listener and Time and Entertainment Weekly, but there is only so much time in a life, so they're only occasional treats. I recently started ordering Back Issue magazine, which scratches a nerd itch with disturbing pleasure. I still always end up owning far more issues of Doctor Who Magazine than I thought I had. I read all sorts. 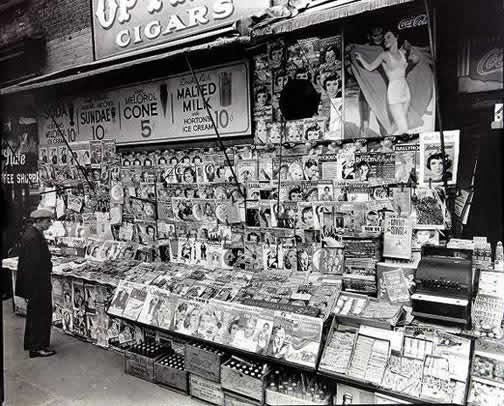 I like magazines about entertainments and weird shit and overseas current affairs, and it's probably in that order, too. I also hoard random issues of long-gone monthlies - if I can’t get rid of my Wizard magazines, I'm never getting rid of the music mags with those moving Joe Strummer obituaries in them.

I like all sorts of magazines – I like getting a solid dose of information, all with beautiful photos and art and graphics. I like the way they are so disposable, but sturdy, so the ones that survive their first few months of life become hard-copy relics of a culture gone by.

But I have three clear favourite magazines: one is a dead series about weird shit, another is a long-running publication about high-falutin' comics that has gone through some radical makeovers while maintaining an intellectual rigour, and the third is about movies. 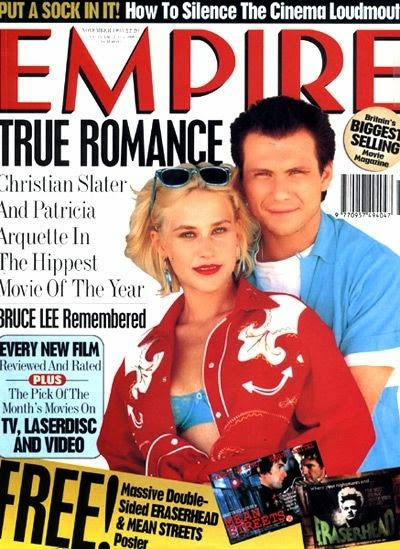 Empire magazine is the most obvious one – I’ve been buying every issue I can get my hands on since 1993, and it’s still an enjoyable read every month. It captures the joy and beauty of going to the cinema, and while it can be overly enthusiastic about films that obviously aren’t worth the attention, I trust the reviewers more than any magazine on Earth, and I never miss anything that gets the five-star treatment in its pages.

I’ll never forgive the Australian edition – both because it fucked up my collection of the UK version, and because it’s notably inferior to the original magazine. But it’s easy to ignore it now that I bought a subscription to the proper version - my first ever subscription to anything, ever. I’d still prefer to buy it off the shelves, because a lot of the fun is seeing it on the shelves, but I’ll take it where I can get it.

It’s still my favourite regular magazine, and a strong mix of history lessons and future yearnings. The most recent issue was its 300th, and it was packed with fascinating trivia, including script pages of the big diner scene in Heat annotated by Michael Mann, an absorbing behind-the-scenes look at Seven and personal reminiscing by some of cinema’s greatest modern directors, and my favourite thing was a goofy shot from the upcoming Dumb and Dumber film, which I’m looking forward to with unhealthy  expectations. (That first film was one of the greatest times I’ve ever had in the cinema, as me and my slightly stoned mates struggled for breath through the laughter.)

The subscription is due again soon, and there will be no hesitation in signing on again for another year of cinematic goodness. 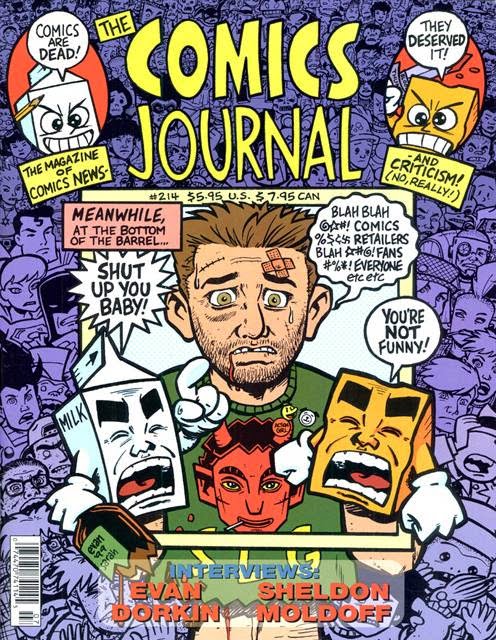 The second great magazine, which has provided decades of thoughtful entertainment, is The Comics Journal.

It’s morphed into an annual brick of a publication, hundreds and hundreds of wonderfully-designed pages, dense with text and information, but I will always love that smaller, more regular format. I never got any regular issue of it brand new off the shelves, (because they never fucking showed up on the shelves anywhere), usually picking them up months or years after they were first published, but the magazine has an intellectual fire that lasts for a lot longer than a month.

That fire often swerved into outright nastiness, and one of the most interesting parts of reading older issues is reading about the various long-forgotten feuds the Journal sparked during its lifetime. But it was a nastiness that was fuelled by an unmistakable passion for the comics medium and its potential. And while those passionate thinkers were often left disappointed by the reality of mediocre comics, this drive for something better made it the greatest magazine ever devoted to comics.

Plus it had some fucking excellent interviews, that stand as monuments in comic journalism, and invaluable mementos of the medium’s history. 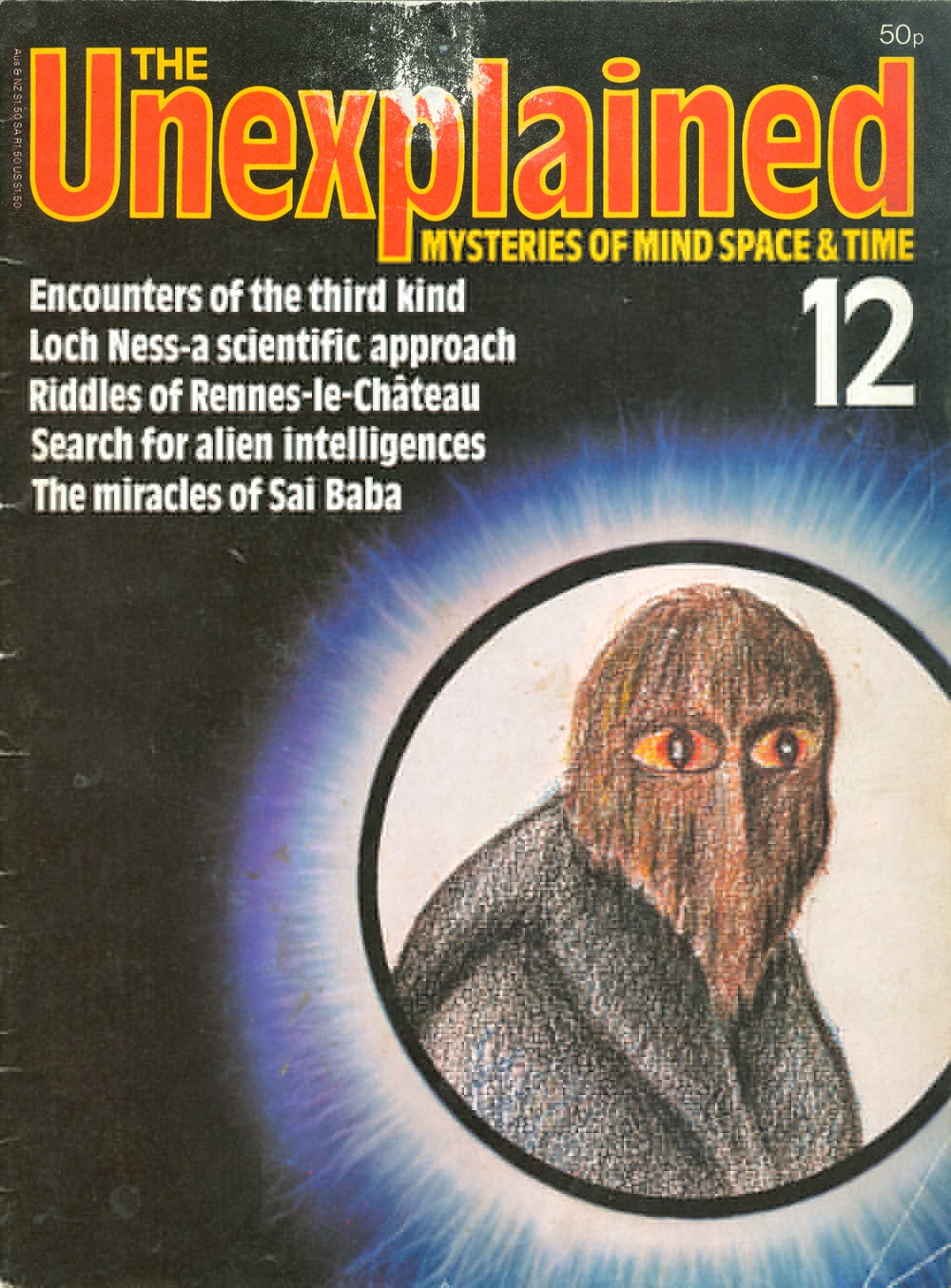 The third greatest magazine ever is The Unexplained, a weekly series published between 1980 and 1983, which scared the living hell out of me, and opened up my head to a wide variety of deeply, deeply weird shit.

It was, as the title suggest, a magazine devoted to things like ghosts and UFOs and monsters, but the best thing about it is that it soon ran out of all the obvious things to write about, and starting getting into some really strange subjects, like slips in time and vast hidden conspiracies. This is the place where I first read about all those things, long before I got a bit obsessed with them in the paranoid nineties, all laid out in a tight, strict format.

It was lavishly illustrated and, for the most part, incredibly well written, with a team of writers and researchers taking complex subjects  and making them accessible for any reader, with a touch of scholarly authority. They might have been gullible, but they were passionate. Writers like the great Colin Wilson. (I was a little shocked to find out Wilson died a few months ago, and nobody seemed to really notice – his book The Outsider brought existential philosophy to the English-speaking working class, he was a noted scholar of the occult and his novels were totally mental).

Reading them now, I'm still a little freaked out by the photos of ghosts and spontaneous combustion victims, and still weirdly unnerved by the dense theology behind some of the world's greatest mysteries. And I know that a few minutes of wiki-surfing will reveal that many of these mysteries - including things like the Turin Shroud and the screaming crystal skull - are total bollocks.  But I still have almost all 150+ issues stored away, next time I need a dose of that weird shit. 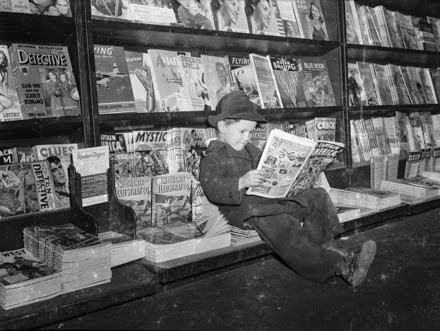 The age of the mass market print publication might be coming to an end, but it ain't dead yet. The book shops and magazine shops are fading away, but that just means you might have to put in a little effort, and that's always rewarding.