Drinking, death and the ruin of From Hell


From Hell is still one of my absolute favourite comic books, a vast and weird idea about the way the universe works that found a perfect outlet in Moore and Campbell's Jack The Ripper pot-boiler story.

The last time we visited to London, we stayed right in the middle of Whitechapel, so I had to take along From Hell #2 and drag the lovely wife around some of those hidden sights that comic talked about. She didn't mind – From Hell is one of the few comics she's ever been able to get into.

But I can't read it any more, because when I was browsing through an issue recently, I felt physically sick, shakingly anxious and full of existential nausea.

This wasn't the comic's fault. It was mine. Well, mine, and the whiskey.

Halfway through last year, I had a catastrophic reaction to some whiskey after having a small amount at a tasting, and ended up in the local A&E for 23 hours. The reaction was so extreme, they kept me there for a while to do all sorts of tests, just to be sure.

So they scanned my brain and then they stuck a needle into my spine, which is exactly as much fun as it sounds, just to check for any evidence of bleeding on the brain.

And the result of that spine test came back positive, so they had to do another brain scan with some radioactive dye, just to be sure, because the lumbar puncture result was notoriously unreliable.

To skip to the end, that second test found there was nothing wrong, and they concluded that I had some sort of bad reaction to something in one of the premium whiskeys I'd been drinking, and we went on our way. So that was all right.

But there was a three-hour wait between the positive result and the all-clear, and that was a fairly awful three hours. My wonderful, wonderful wife was there for support, of course, but there was really nothing to do but sit there and wait, and try not to think about the possible consequences.

All I could do was sit there and read about From Hell. 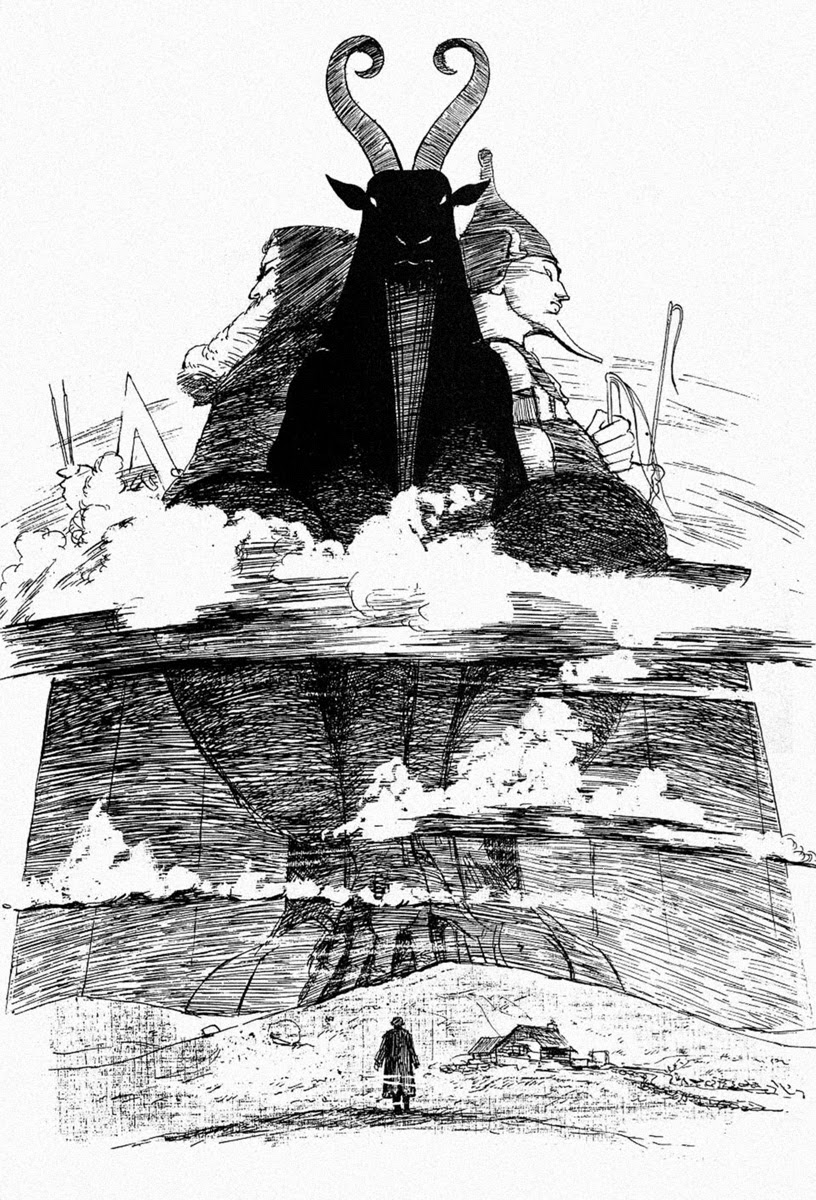 I happened to have a newly-purchased copy of the From Hell Companion, edited by Eddie Campbell, and I had to sit there and read that, or I'd be freaking out because my brain could start dribbling out my nose at any second, and everything I had, and everything I was, could just vanish.

And it totally worked. I got lost in the trivia and the story behind the making of a comic masterpiece. There were all sorts of points I'd never seen before, there was unseen art, and humorous asides. A comic that was always impossibly complex revealed new secrets, even after all these years.

I read that whole damn book while waiting for those results. It soaked up all the anxiety and fear and worry. The problem is, it's now drenched in it. 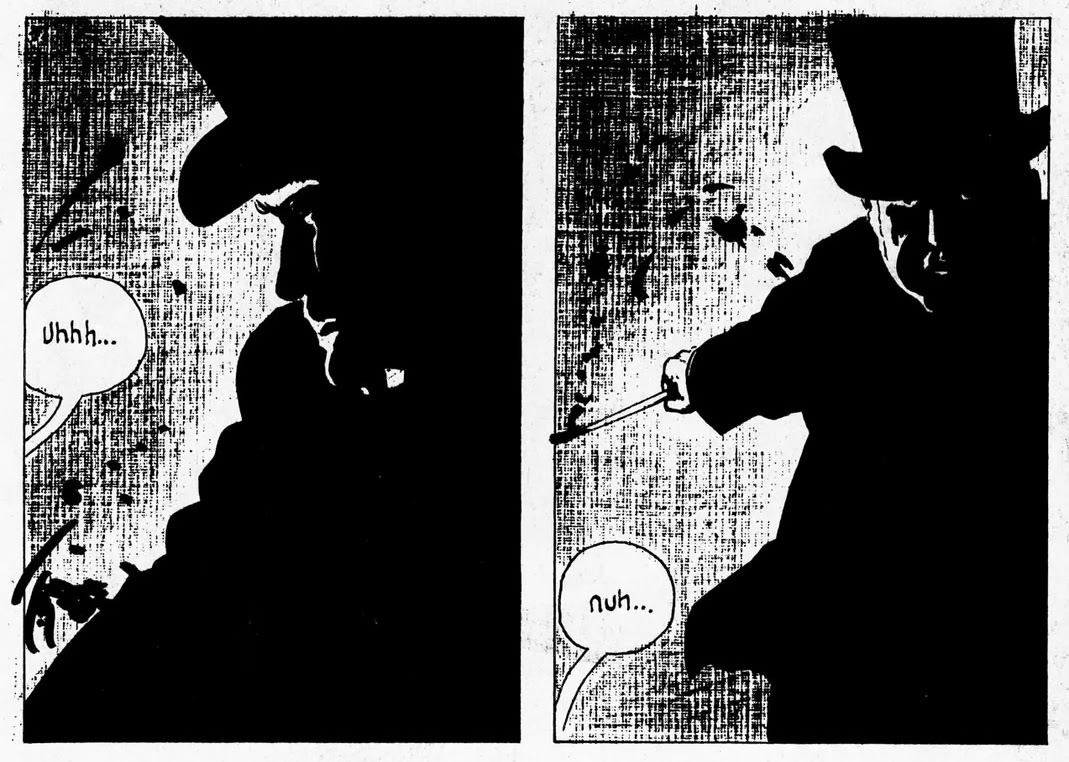 I was looking at one of the later chapters in the story the other day, trying to find some particular reference, and flicking through the pages was an alarmingly unpleasant experience.

Looking at those pages, and all that concern and horror over the randomness of life came seeping up again. All those feelings I'd pushed back on that terrible Sunday afternoon came roaring back.

This isn't unusual – I often associate particular comic books with the frame of mind I was in when I first read them. Sometimes this can be pleasant – I have very fond feelings for the very first issue of Jim Lee's WildCATS that has nothing to do with the quality of the comic; and sometimes it can be less pleasant – I can't read some comics if I read them while I'm tripping, without having some brain-blistering flashbacks.

But this recent reading From Hell was one of the most extreme reactions I've had in a while, and I literally could not read any more of it without feeling faint and having to have a lie down.

Still. What doesn't kill us, makes us stronger.

I also had the usual reaction to a brush with death – the sense that you shouldn't put anything off, and that you need to enjoy every day, and make the most of life, and all that shit.

I've also cut back on the drinking. I grew up in a town where the only things to do on a Friday night was get wasted, watch a video, or read a comic (doing all three at once was a complete extravagance). So I've always been a fairly fearless drinker, but even though it was a relatively small amount of whiskey, it fucked me up.

So I haven't felt the need to get that rotten ever since, but I'm not being an arsehole about it. I'll still enjoy a beer in the sun, I'm just finding that adhering to the Mitchell/Webb 'slightly-less-than-two-drinks' philosophy is working out surprisingly well. 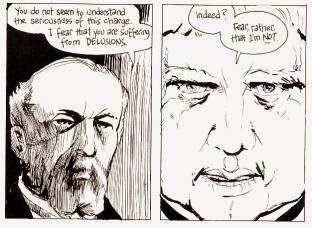 But there is just something about the comic book format.that soaks up feelings, both good and bad. Something in the way stylised pictures are used to tell a story that sees theser things merge with experiences.

And most of the time that works out fine, and sometimes it comes back to bite me. I've ruined From Hell. I hope one day I get over it, but I just know that there is real horror is locked into those pages, as sure as stone.
Posted by Bob Temuka at 5:56 PM