I still can't get my fucking comics


When I was teenager and living out my peak comic nerd period, I had to learn to live with missing out on issues of my favourite comics because I lived in a town of 3000 people on the arse end of the world, and it was pure foolishness to expect every issue to show up on the shelves of Baird's Bookshop.

Most issues of X-Men or 2000ad would still come through on a regular basis, but there would also be regular omissions, when the process to distribute these tiny pamphlets of joy would break down, and nothing would show up. I had absolutely no say on what would appear, and had to take what I was given.

I can still remember exactly what issues were missed, and because the nearest comic shop was several hundred kilometres away, it would literally take years to fill those holes in the stories. You could make the most of it – there can be something pleasantly non-linear about this kind of reading experience – but the missing holes were an aching void that would take a long time to fill.

I got used to this in small town life, but I'm still amazed that it still happens now, even though I live in the country's biggest city with two dedicated comic shops. I'm still on the arse end of the world and I still can't get my fucking comics. 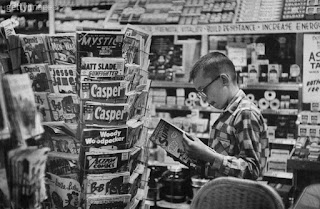 There are two main reasons for this - customer loyalty and distributor douchebaggery. Most of my regular comic buying is through a store I've been supporting for about 15 years, long before I even moved to this city. The owner is a great, smart retailer who has supplied me with thousands of doses of comic brilliance over the years, and still does his best to feed that never-ending addiction every week.

But he's been totally screwed over by Diamond, with unexpected invoices and delayed shipments, and weeks can go by without anything, and then a month's worth of product will drop at once, but there is always something missing. He's stuck with a distribution monopoly, and can't do much about it, and I still have to take what I've been given.

When I got talked into signing up for the latest 16-part Avengers bash-a-thon, the only ones that came through were parts 2, 7 and 12. I ordered a regular supply of Matt Wagner's new Mage comics, and got issues 0, 1 and 5. I might be into the non-linear aspect of reading monthly comic books, but this just isn't really that satisfying

I could always go to the other store in town, who are fine people and get their comics on a timely basis because they can afford (just) to get a premium service, but I can't bail on my dude now. I don't have much to really offer the world, but I got loyalty. I'm with him to the end, no matter how many BPRD comics I'm going to have to hunt out somewhere else. 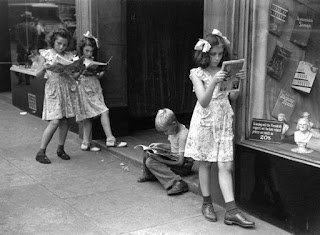 Of course, 2000ad has always been a constant in my comic life, and getting a new issue every week off the news-stand and reading it in the street is an eternal pleasure, and I only have to miss three or four issues a year.

I don't know who does the distribution for them, but they get very confused, especially around Christmas time, when the comic takes a four-week break after a big annual special. My local shop missed three of them altogether, including the special, and tried to make me pay $22 for the next one (the regular price is currently $8.80).

Once upon a time, there were hundreds and hundreds of dairies, bookshops and supermarkets that sold 2000ad, now there are only a couple, so I'm going to have to go buy the missing issues online. It still feels like cheating, but it's the only way. 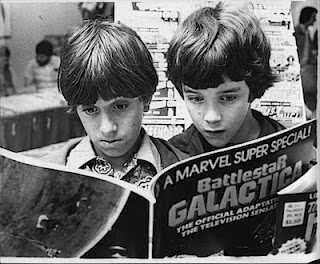 The regular printed periodical comic book is still my favourite form of the medium, followed closely by big, chunky collections, while reading them on a phone or computer is of no interest at all. I want to consume them like this, because I worship the object as the most sublime form of entertainment I know.

But I think I'm going giving them up, and just waiting for the inevitable collection.This is getting ridiculous.
Posted by Bob Temuka at 4:20 PM