Back in the late 1970s, the whole world went apeshit for science fiction in the wake of Star Wars, and New Zealand was no exception. There was a Coca-Cola robot that looked like R2D2 rolling about, and you could get these phenomenally groovy promotional stickers with your ice-cream, with gorgeous art by Kiwi comic great Colin Wilson, in full on Moebius-mode (with a dash of Chris Foss): 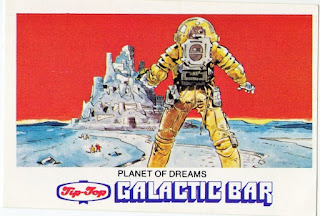 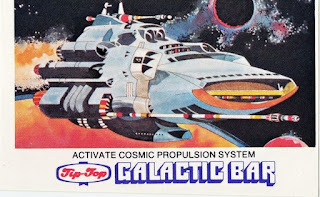 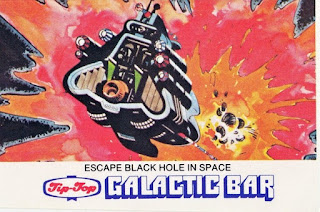 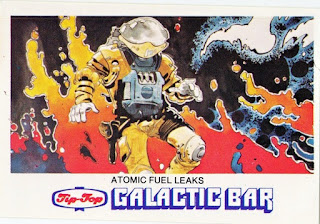 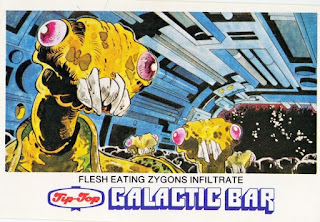 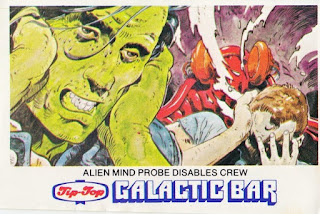 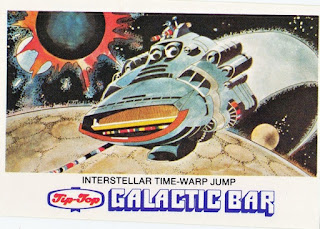 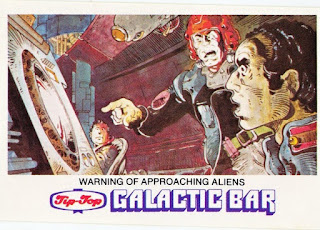 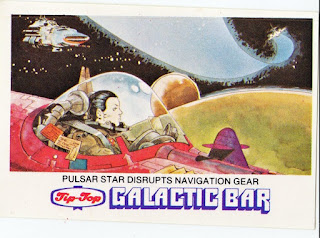 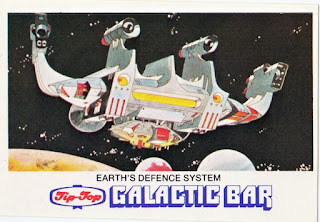 Like Wilson's appallingly ubiquitous Captain Sunshine, these things were everywhere when I was a kid, but I totally forgot they ever existed until I stumbled on them on the internet a few days ago, and I can't believe I ever forgot them, because now I can remember speaning a lot of time wondering why the Incredible Hulk was being affected by the mind probe, or why the Zygons from Doctor had traded in their groovy suckers for an insect look, (although, to be fair, they are shape-shifters...)

They also did some stickers that reproduced Ralph McQuarrie's awesome concept artwork for Star Wars, but you can find that art anywhere. These more homegrown things are almost lost, and are pretty enough to remember.
Posted by Bob Temuka at 5:14 PM