So there are times when I have to go without a regular comics fix – when economy and geography deprive me of new stories.

But the universe likes a bit of balance, and that means there are other times when I'm spoiled for choice, when I'm ploughing insane amounts of spare cash into new books, when I'm quickly filling up large boxes with new stuff, and it takes weeks or months to get around to reading some things properly.

It actually happens quite a bit – mini-avalanches of new stuff all coming in at the same time, a tsunami of the good shit. If I've got any spare money, chances are I'm eyeing up some comic to spend it on, because I can always use more and more and more.

But there are some times when it gets out of control, and just as there was a horrendous drought of new stuff around the turn of the century, there were two times when the addiction to comic books got a bit crazy. 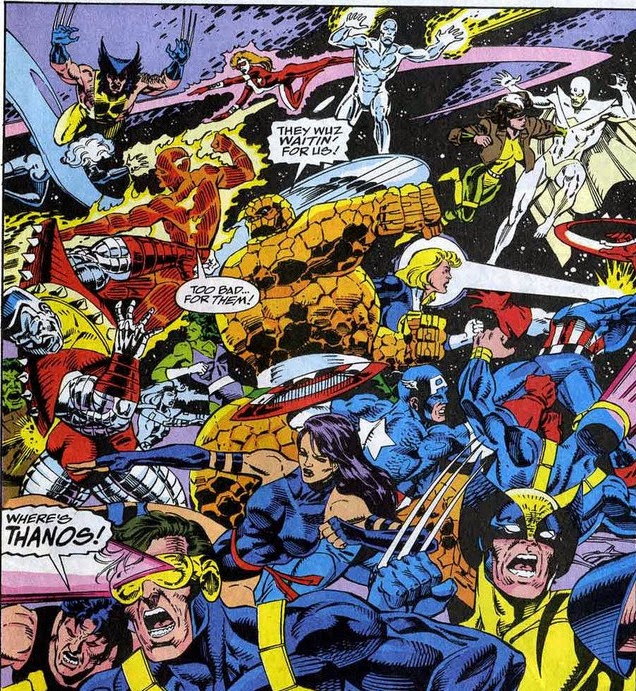 The first time was in the early nineties, when I was in my late teens. I'd been utterly addicted to all things Marvel and DC and 2000ad for all my teenage years, but the small amount of money I made doing odd jobs meant I could only afford a select few new titles every month, (especially at NZ prices), with most of my income going into cheaper, tattier back issues.

And then I was out of high school, and expected to be an adult, and nobody is really ready for that, but I did the best I could. I didn't go to university, lasting just three days before deciding I'd had enough of sitting in classrooms, (I still don't have any kind of degree, and neither does the lovely wife, but we have taken some smug pleasure in being the boss of people with various high-falutin' honours).

Instead I went to work, in a succession of shitty jobs – my very first proper employment was working in my Dad's fat factory. Looking back, the money was terrible, but it was infinitely more than I'd ever had in my life, and I was the king of the fuckin' world every payday. I had plenty of money to spend on rent, and on movies, and on my car, and on some booze and a little dope, and on comic books.

I had way too much money to spend on comic books. 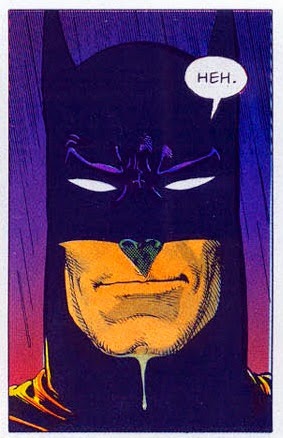 I was still stuck in small town New Zealand, but I now had a car – and was free to go to cities that did have comic shops, and things got crazy. I would return from Christchurch or Dunedin with a back seat covered six-deep in comic books, building up a huge collection in a short period of time.

I was heavily into John Byrne, and would hunt out any issues of his Alpha Flight or Fantastic Four I could find, (I found all his AF, but fell woefully short on the FFs), but I was also hopelessly fond of every post-Crisis comic DC published, and while I finally snapped up things like The Killing Joke and the Fark Knight Returns, I also stocked up on terrible series like Haywire and Sonic Disruptors, and even more terribly bland comics like Starman and Firestorm.

It was even worse back home. I could only get to these cities every couple of months, and there were sod-all comics actually getting through to Timaru, and I bought every one I could find. Which meant I was soon lumbered with a large pile of things like DeFalco/Ryan's dull Fantastic Fours, and more post-Byrne Superman comics than I would ever really need. 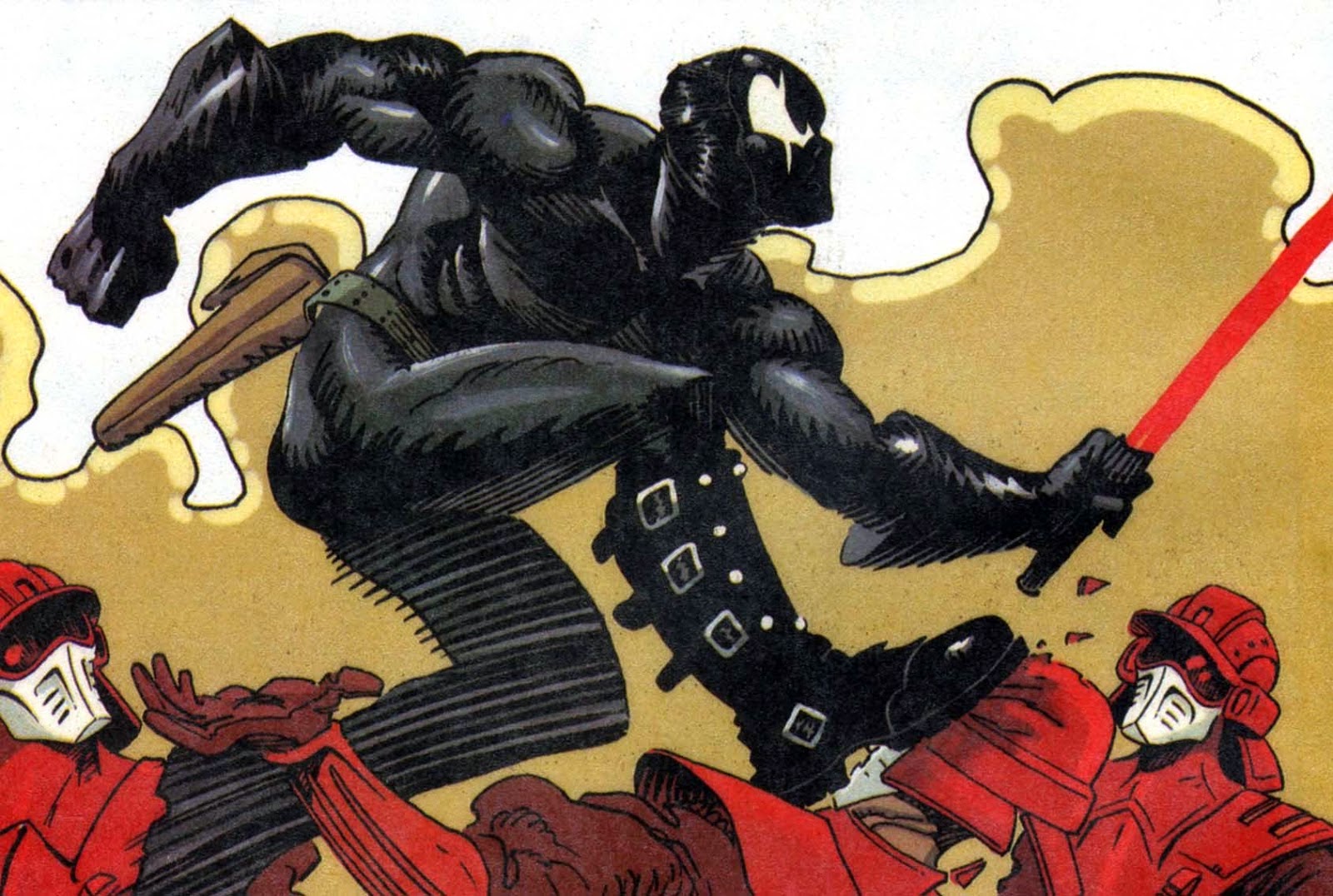 But there was also the good stuff – I was just getting into things like Sandman and Doom Patrol and Love and Rockets and every thing Alan Moore ever sneezed out and so much more, and I bought up huge amounts of genuinely great work.

I got heavily into things like Hellblazer and Grendel and the v4 Legion of Super-Heroes at this time, and while I got rid of those Starmans and FFs and Alpha Flights years and years ago, I still own the individual issues of these better series that I bought, so long ago.

This was in the days before there were widespread collections – it was easy enough to find the Watchmen and V For Vendetta books, but I had to really search to find any issues of Doom Patrol and Animal Man. But, flush with money and free with the car, I found them. 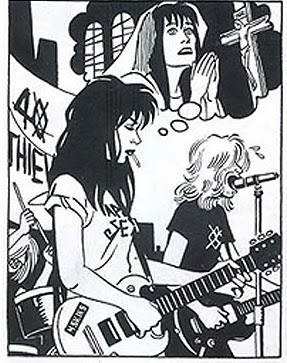 Things calmed down a bit – I eventually found all the Swamp Things I needed, and I realised I didn't need all those bland superhero comics, and got rid of the vast majority, flogged off for cents in online auctions. I still made hundreds and hundreds of dollars out of it.

I settled into a steady pattern of monthly buying, followed by that dry patch somewhere around the turn of the century, and restarted it again with little effort.

There was only one more time I got a little crazy, and even though I am a proper adult now, it wasn't that long ago. 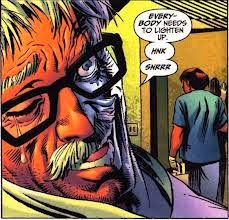 Seven years ago, the lovely wife and I moved to the biggest city in the country, and I was making more money than ever before, and we're a horrible smug couple with no kids, and I suddenly had access to three different comic shops, my first conventions and a huge amount of second-hand bookshops, and yeah, things got crazy again.

I wasn't just digging out the last Marshall Law I needed, or that copy of The Birth Caul I'd been after for years, I was hitting the dollar bins, and loading up on the past decade of mainstream and alternative comics, looking for the gold in the dirt, finally digging on Charles Burns and Joe Matt and Harvey Pekar and a dozen other talents.

And I was going to my very first conventions, and coming home with a back seat full of comics again, only this time there are dirt-cheap hardcover beauties and passionate little mini-comics mixed in with the Byrne comics.

I was still getting monthly fixes – the first regular comics I started getting in the city included The Boys and Morrison's first long Batman run – but I was also finding tonnes of comics I'd never even heard of before, and I was growing out of some particular comics, and into others, and the transitional period was surprisingly short.

I calmed down again after a year or so, and went back to the auction sites to dump most of the dollar purchases, and I only go that kind of crazy when we go to places like England, and return to NZ with bags stuffed with comic wonders. 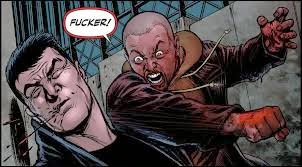 Now I get about eight or nine regular comics every month, and usually some kind of nice-looking book or collection every couple of weeks, and I still go a little crazy at conventions, but that's just a couple of days a year.

A lot of the comics that get talked about on this blog floated into my collection during these flood periods, and after two years of the most recent madness, I opened the Tearoom of Despair, and all that enthusiasm and fanaticism bleeds out here.

A lot of stuff gets wiped away in these floods of comic enthusiasm, but the debris left behind is so rich, I'll never run out of things to get excited about.
Posted by Bob Temuka at 10:36 PM