Giving in to the devil in paradise


So we're on holiday in Honolulu, but we're far from the usual tourist areas, and the lady at the convenience store has to ask when she hears our accents: what are we doing in that part of town, and why did we walk all the way over there?

She doesn't look any less baffled when I tell her I was there for the comic shops. 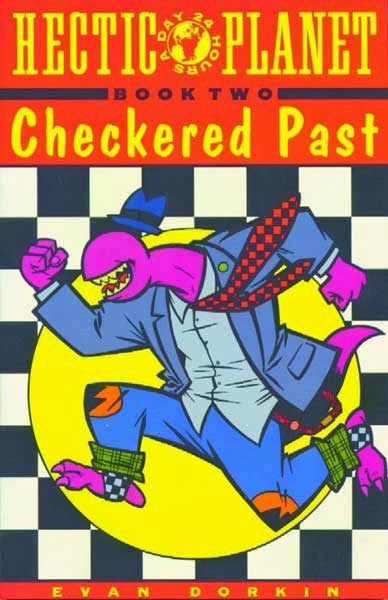 I'm a total hypocrite, because after recently claiming that my ongoing search for comic shops all over the world wasn't really that important, I still dragged my lovely wife halfway across town to see what Hawaii had in the way of stores.

Because I always get preoccupied with the thought of checking out the local comic shops when we go on holiday, and I can get incredibly grumpy if I don't get the chance. I don't mean to, and I know that I'm doing it, but that doesn't stop me from acting like a real arse.

Luckily, we were celebrating our seventh wedding anniversary on the trip, so she is used to all that crap, and headed it off by going on a long walk across town with me so we could check out some stores I had scoped out on the internet. (It helped that she's training for a 100-kay walk early next year, and needed some kind of long hike during a holiday on the sand.)

The shop we did find even had a good wife corner, where she could sit down and flick through an Elmore Leonard book, and I could dive into the back issues, and sort through the bewildering amount of slightly rare books and magazines. 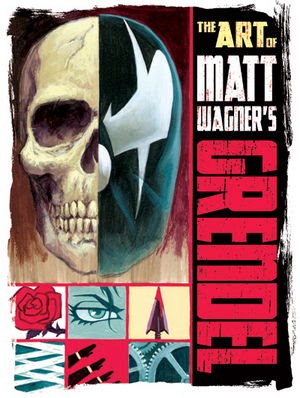 I love spending time with my wife and she likes spending time with me, but I'm always a bit surprised that she'll spend any time at all near a comic shop. But she lets me do the incredibly dorky thing for a certain amount of time, and I go with her to shoe shops where my opinion is always less than valid.

And, best of all, she doesn't let me second guess myself. When I go to comic shops that I am unlikely to ever visit again, I'm always talking myself out of buying something a bit bigger or more extravagant, and I always, always, always regret it, and the itch gets worse and worse, and I can end up sitting here years and years later, kicking myself for not buying that damn Diabolik comic.

She is also familiar with this foolishness, and after we went to the shop, we got some lunch, and when that was done, she made me go back and buy that The Art Of Matt Wagner's Grendel hardback that I'd been eyeing up. Even though I got a couple of crucial back issues and the last Hectic Planet trade I was after, I wanted something substantial that would always sit on the bookshelf – art as souvenir.

But it was pretty big, and even though it cost twice as much back home, it was only the start of the holiday and I would have to lug it around between the islands, and I didn't really need it. Not really.

She knew that look, and made me go back and get it, and it wasn't that fucking heavy, and now it's sitting on the desk next to me, and it's bloody beautiful. 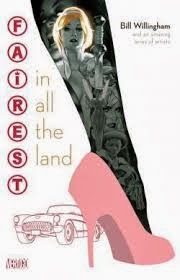 We did spend most of the time on the beach, and snorkleing, and going out to Pearl Habor, and hiking up the Diamondhead, and all the other things you're supposed to do in Hawaii, but apart from food, the biggest expense on our trip was probably printed things, because we're both total book nerds.

On the first day in town, we were in the local Barnes and Noble, checking out the deals, and she bought things like thick, luggage-busting hardbacks of F Scott Fitzgerald and Sherlock Holmes books and I bought things like an original Fairest graphic novel by Bill Willingham that I didn't even know existed, and the Best of Milligan and McCarthy book, which I was looking for an excuse to get.

We go to another branch on Maui after breakfast on the beach, and we decide our luggage could use another brick after all, so we get the George RR Martin-edited Dangerous Women anthology with the new Westeros history lesson, and that was another one I wasn't going to bother with, until she made me buy it. 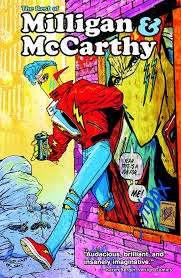 The Fairest book features a bunch of different (and fine) artists telling the story of super-agent Cinderella's worst week, and it's impossible to read without considering Willingham's recent announcement that he was ending the series, because there are an awful lot of loose ends that are starting to get tied up.

And I wasn't sure about the Milligan/MCarthy book, partly because McCarthy recently turned out to be one of those old farts who hasn't realised there are some things you can't say in a public forum without sounding like a complete douchebag (because they're completely douchebag things to say), and mainly because I already had Skin and Rogan Gosh and the Sooner or Later stuff. But I'd never even read the Strange Days stuff before, and McCarthy's endlesly inventive design work is really like nothing else on Earth, and always meshed nicely with Milligan's perfectly arched eyebrow, so there was really no question about getting it at all. 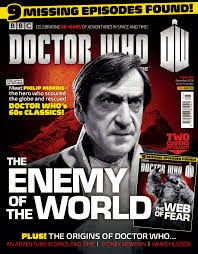 We were easily the dorkiest tourists on Waikiki beach – I was reading a new Doctor Who magazine between swims, and scratching up the covers with the sand, while also getting weird ink blotches on the Alan Moore book by Lance Parkin that I packed for the trip. (Which proved to be a great little read, even after reading all the other books about Moore, and has pushed me into re-reading a lot of the big man's work, especially the ABC stuff.)

And she was reading some book by Arthur Miller about institutionalised prejudice, and that Elmore Leonard she got from the comic shop, and that was pretty close to heaven. 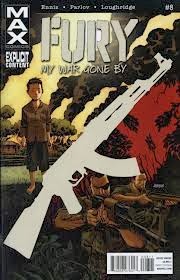 The convenience store lady doesn't get why I would walk through some of Honolulu's most average suburbs just to go to a comic book store, and I want to tell her that it was messy and full of one-off books that I just couldn't buy anywhere, and it was totally worth the effort.

I also want to tell her I found Fury Max #8 there, and I made a weird little squeaking noise when I found it in the bin, because I couldn't find that bastard issue anywhere in the southern hemisphere, and it's totally made my holiday.

But I don't think it would ease her confusion. At all.
Posted by Bob Temuka at 11:12 AM

Your wife sounds wonderful! That Hectic Planet volume is also good fun, though don't bother with the previous volume unless you're particularly interested in seeing how quickly Evan Dorkin improved his craft.

As for Brendan McCarthy, I could just about understand why anyone would care about his opinions if he were a writer, like say Scott Orson Card, but he's an basically a (fantastic) artist so I struggle to care. And it's a wonderful book although I'm a bit gutted they omitted most of Sooner or Later

She's too good for me, Tam!

The McCarthy thing is kinda baffling, because his art often contains heartfelt pleas for compassion, understanding and tolerance, and then he goes and says something that goes right against those things...