Marvel movies: Death of the auteur and the triumph of the second unit 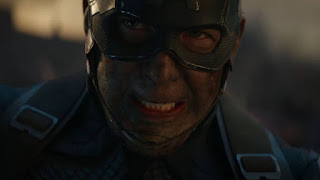 It's interesting that the biggest film of the year is directed by a couple of guys most people wouldn't recognise in the street. Avengers: Endgame will make all the money in the world when it comes out this week, but the Russo brothers are almost completely anonymous.

It's not like the first wave of blockbuster filmmakers - everyone knew who Spielberg and Lucas and Coppola were, they were almost as big as the movies themselves. Instead, the biggest films on the planet right now are largely made by guys you wouldn't look at twice in the supermarket.

Marvel might argue that their creators are craftsmen more than anything, and there is the odd brush with  an idiosyncratic vision - which usually means you get things like Taika Waititi putting jokes you'd usually hear on K Road at three in the morning into a family-friendly movie - but even then, these things have to serve the larger uber-story. They have to remain within a certain aesthetic and style, without too much deviation from the norm.

The auteur theory isn't totally dead - creators like Nolan and Tarantino and Scorsese get to do whatever the hell they want, and their films have distinct tones, atmospheres that others can not replicate. There are dozens of great filmmakers who rock along to their own vibe, and long may they last.

But in most blockbuster cinema, it feels like the rise of the second-unit crew, professionals who work to a strict standard of craft, without worrying too much about style.

Obviously, second unit production can make or break any big action film - the James Bond films live and die by the strength of the absolutely insane shit the stunt crew are pulling, while John Glen was trying to make Roger Moore look young on some beach.

So the Marvel films often deliver in this regard, and you end up with some nice, solid second-unit action. But when the creators are so anonymous and so little of their individualistic voice gets through to the final product, you're just not going to get any real flourishes of style or storytelling ingenuity - the movies are still impressed by storytelling tricks that were old hat in comics in the 1980s - because these all follow such a precise formula.

It's still working, for now, but this road inevitably leads to more blandness. Anybody making millions of dollars from these things is quite happy to go unrecognised at the grocery store, but maybe we need more directors walking around in pineapple pyjamas.

I guess the person who bucks this trend, for better and for worse, is Michael Bay. The signature Bayhem is probably the most recognizable of the blockbuster directors. But aside from him, I can't think of another. Maybe Niell Blomkamp if he could get his crap together.

While Zack Snyder doesn't know how to make a proper story, his films always look and feel and sound like Zack Snyder films. But like Bay, there are tonnes of directors trying to ape that style, and that's what really hurts.


They're both a bit like Jim Lee - his stuff can be pretty good, but never really essential, and it's the legions of imitators that really make him look bad.