Zombies on another Friday night at the video store

This was, obviously, time well spent. 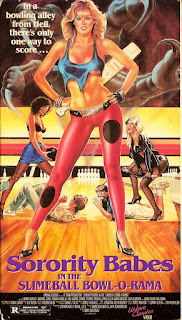 The whole concept of the video store isn’t quite dead yet, and may boast a half-life that lasts a lot longer than anybody expects, but it’s definitely on life support after taking a deep beating. They’re closing down everywhere, unable to make a buck anymore, as almost everybody downloads or streams everything they ever want from the comfort of their sofa.

I live in a city of more than 1.5 million people, and I’m pretty sure there are less than a dozen video stores left in the whole city. Every few weeks, a new store goes out of business, liquidating all its product and getting turned into a carpet store or some shit.

While this means there are some fantastic deals in those closing down sales - and you can pick up entire seasons of brilliant TV on DVD for a couple of bucks when the stores shut down - it's always a bit sad to see another one go.  They used to be everywhere, but are now a totally niche experience. 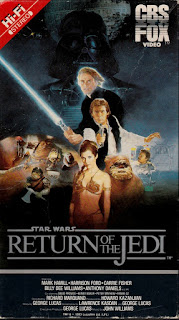 Back in the day, when I was growing up in the pre-internet era, there were more than half a dozen video stores in the small town I grew up in. Only half of them were big chain stores, with a staggering amount of variety in the independent joints.

The choice actually seems pitiful, compared to the entertainment options now, but after nothing but TV, the power of choice was intoxicating. I don’t always know what I want to watch, and the art of browsing is still far easier in person, so I spent countless hours wandering through those endless shelves.

Some video stores were huge, and it took literally years to dig through the shit and find everything that sounded interesting, or discover things like John Woo’s early Hong Kong action films, badly dubbed but beautiful, sandwiched between Brian Bosworth’s Stone Cold and Chuck Norris’ Missing in Action 3. Some days I would spend more time choosing the movie, than it took to actually watch the fucking thing. 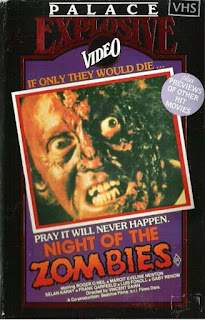 My teenage years were spent in a tiny town of 3000 souls, and there wasn't a lot to do, so every Friday night me and my mates would have just enough money for some hot chips and some soft drink and a zombie movie. We watched everything we could, action, western, thriller, documentary, arthouse, comedy, and all the horror in the world. We did start to run out of good shit after a while, and were forced to resort to cinematic monstrosities like Curse Of The Cannibal Confederates, but we always walked away with something.

(It doesn’t surprise me to hear recently that while the small town video stores might look just as sickly, they are actually outlasting their big city counterparts, because there is just nothing else to do in the smaller towns, and cheap property puts a lot of stores back into the black.)

But Quentin Tarantino was fuckin' right - you can't beat the film education of a good video store. One of my locals had an astonishing array of Alfred Hitchcock films, you could find almost every grotty Italian horror film between all the region’s stores, and another video store manager must have had a serious hard-on for John Wayne, because almost everything the Duke ever did was sitting on his shelves. (It still took me years to find a copy of the Shootist.)

Over a couple of decades, I watched thousands of fucking films on videotape. I might have gone to one or two movies a week at the actual cinema, but I could get through eight or nine a week on tape. I'd soak that shit right up, and I’d watch anything. 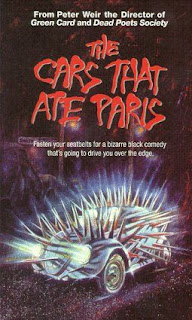 There were way more copies of all the big movies, but also a bland hegemony between them all. There was no need to go all over town looking for the latest Jim Jarmusch film, if the local chain store didn’t have it, none of them would have it. Even with huge mega-stores, choices became more limited. 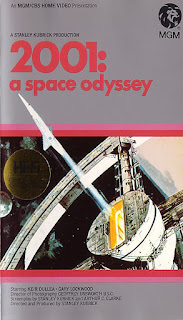 I worked in a video store in 2001, and it was great because I could talk shit about the Coen Brothers with the customers, and watch two dozen films a week, but I only lasted eight weeks, because the boss was a total arsehole and it wasn’t worth it, so I went and got a job delivering furniture instead.

We’re watching more TV and film than ever before, but there is no demand for browsing those endless dusty shelves. It’s too much effort to actually go and find something, when it can all come to us. 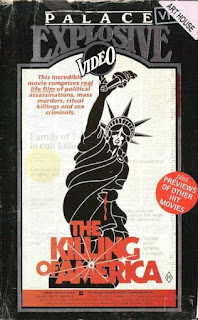 There were always some video stores that were a step ahead of the rest, places where you would have to go to find Fellini films, or Kenneth Anger's Magick Lantern Cycle. Every city usually had one good arthouse store, where you could find the stuff you'd never find anywhere else. 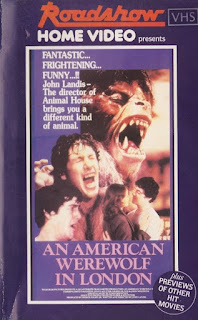 I haven't rented anything from a video store for a year now, not since my local disappeared. Just like everybody else, I get my movie fix from my sofa. I would love to spend more time browsing for crazy shit I'd never heard of before, but the stores just aren't there anymore.

But I still miss those long, painful nights roaming those aisles, looking for that one gem. And I certainly don't regret all that time lost between dusty shelves, not when there were so many good results.
Posted by Bob Temuka at 7:43 PM

I can relate. In the early 90s my 2 flatmates and I would rent videos from United Video every Friday night and since we could never quite agree on one, we'd usually choose one each and then go home to watch them accompanied with copious amounts of home-made kahlua. Often by the time it came around to 'my' video I was either asleep or, worse, tired but completely wired on caffeine and hardly able to concentrate on the movie in any case. If I was vaguely organised the next morning I might manage to watch the movie again before it had to go to the video store (at 11am in order to miss the extortionate late fees - I'm convinced some stores only stayed in business because of late fees).
At least the Aro Street video store is still operating - I love that place.

The Aro Street video story was exactly what I was thinking of when I talked about the arthouse places surviving - they got into a bit of strife last year, but then their customers showed some support and it looks like it's there for the long haul. (Also, the wonderful Alice in Videoland in Christchurch, and Videon in Auckland).