Marvel at the movies: 10 favourite moments


The latest in the serial adventures of the Marvel movie universe heroes has dropped, to no small commercial and critical acclaim. Captain America: Civil War is gloriously overstuffed, intriguingly well-cast, awesomely deadpan and just silly enough to make it all worthwhile.

It won't please everybody, but it will please a lot of us. And the enormous success of these films, which is proving harder to replicate than it looks, means anybody with genuine concerns about the film-making has to work bloody hard not to look like just another arsehole contrarian.

After all, like almost all of these movies, the new film is not quite the sum of all its parts, with too many dangling threads, lumbering digressions and bone-stupid political discussions. But it has a tonne of great little character scenes and action sequences, and all these films, no matter how dumb they get, always have those moments. 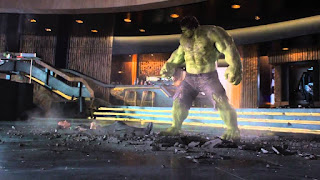 Easily the biggest laugh the entire universe has got from any audience I've sat with, because it’s the easiest and oldest of jokes. Some people can not be bargained with, or convinced, or manipulated with clever words. Some people just want to smash.

Ant-Man: ‘I was at a wine tasting with my cousin Ernesto, which was mainly reds, and you know I don’t love reds man, you know? But there was a rosé that saved the day, it was delightful.’

It’s the most Edgar Wright moment in the film, but also built entirely on the infinite charms of the brilliant Michael Pena, and it assures the audience that every character had hidden depths, and hidden passions, and they’re not always what you expect them to be. It also turns some potentially numbing dialogue dumps into some genuinely funny and interesting scenes, and that's always welcome in these films.

Avengers 2: Iron Man and Thor and Vision versus Ultron

Right towards the end of the battle royale at the end of the second Avengers film, there is a moment when these insanely powerful beings, with noble hearts and purest motivations, just unload on Ultron with some thunderously awesome powers, and it's the most Steve Englehart thing I've ever seen on screen.

While he was barely the star of his own film, Captain America's role in his latest chapter reaffirmed the fact that Cap's #1 superpower is sheer guts, and that he will keep fighting to protect the little guy, all day long. When he throws himself on top of a grenade during training, he doesn't know it's a dud, and shows why he was always Captain America. The muscles didn't make him the superhero, they just gave him the ability to do what needed to be done.

A bunch of films later, and Cap is as gutsy as ever, but is now hanging out with people who can turn into giants, and it's just as creepy and unsettling as it should be, as Paul Rudd stomps around the tarmac, swatting flying people out of the air. Ant Man never gets any respect, but nobody messes with Giant Man.

Saving the world with a dance-off is dumb, unexpected and somehow still works perfectly. It all gets properly cosmic for a sense shattering finale, but it only gets there on the strength of Chris Pratt kicking out some dubious jams.

There is a moment near the start of the first Thor film, where the thunder god and his psychotic chums travel between worlds, and the nonchalant way they stride into the portal of light that dumps them halfway across the universe is all that is needed to sell this preposterous world of gods and demons. 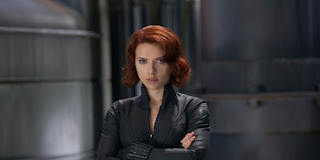 The Hulk beats Loki with fists, but Black Widow beats him with her brain, and when his gloating in his prison gives away his real plan, she sees it straight away. The Russian woman beats the god of lies, and that's cooler than a million hair-flipping somersault kicks.

My absolute favourite moment in any superhero film is the first time Spider-Man works out how to swing in the 2002 film, but they don't count any more, so the next perfect capture of movement in a Marvel movie is the Eric Bana Hulk, bounding through the desert for the first time. While that film makes more mis-steps than anything else Marvel has made, the leaping, bounding and relentless forward motion of the Hulk is open space is still awesome to behold. And even with the dated CGI, it makes sense - Hulk needs to get up some running speed before he can properly get going, grounding this goofy-ass sight in some kind of physical reality, and setting the template for everything to come.

Iron Man: I am Iron Man

The Marvel films do show an admirable dedication to forward plot momentum, and when Tony Stark doesn't bother lying and tells everybody he's Iron Man at the end of the first film, it says that we're not bothering with any of that dumb secret identities bullshit. Let's just get on with it. See what happens.
Posted by Bob Temuka at 6:34 PM