The Prisoner: Falling out of the world

Every now and then, there comes a fictional character who can't be broken or compromised in any way. Somebody who will never go down, even when things get really, really weird. Someone with astonishing willpower and the drive to use it, somebody that you can't help but admire and want to emulate..

Somebody who will not be pushed, filed, stamped, indexed, briefed, debriefed or numbered. 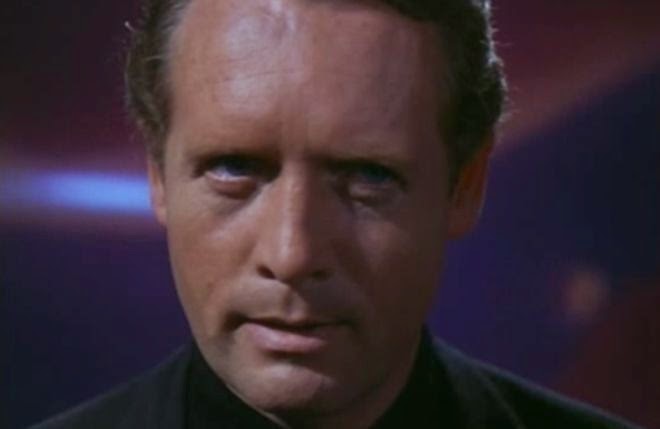 The Prisoner was a 17-episode television show produced in Britain in the late 1960s. It starred Patrick McGoohan as Number Six, an ex-spy kidnapped and dumped in a trippy seaside prison. The system want to know why he resigned, and will resort to the most bizarre  methods to crack his resolve.

They trick to break him, and trick him, and cajole him into revealing his secrets. But he resists, fights, holds fast, maintains, and he beats them all.

It's a happily surreal serial, with anachronistic charm and genuine dread, tackling big issues of self and identity and resolve, while leaving crucial questions unanswered, and a climax that is deliberately mad and obtuse. It also featured some trampoline boxing.

It was McGoohan's show. He was fantastic as the unnamed lead character, refusing to be labelled as Number Six and standing firm against monolithic madness, and he wrote and directed the most pivotal episodes. The glory and shame is all his. 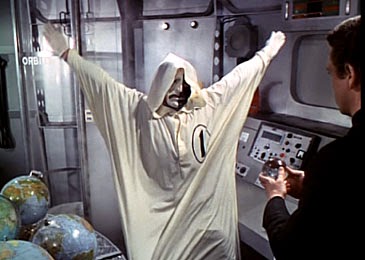 Fortunately, there is far more glory than shame. The Prisoner is arguably the greatest television show ever created - and sometimes I'll certainly argue it.

This I know: Sometime in the mid to late nineties, when I'm young and drunk and spending all my money on booze and comic books and giant cream buns, I convince myself that the last episode of The Prisoner is the greatest thing ever filmed. I watch it over and over and over again, night after night after night, until the dialogue is seared in my head.

I usually watch it when I'm a bit fucked up, because that's when things are really cooking. It was the prefect background for early evenings drinks, with the daft dialogue and mammoth subtexts firing up the head, and it was perfect for the end of the night when I got home, a blast of mad artistic energy after an evening at the pub. 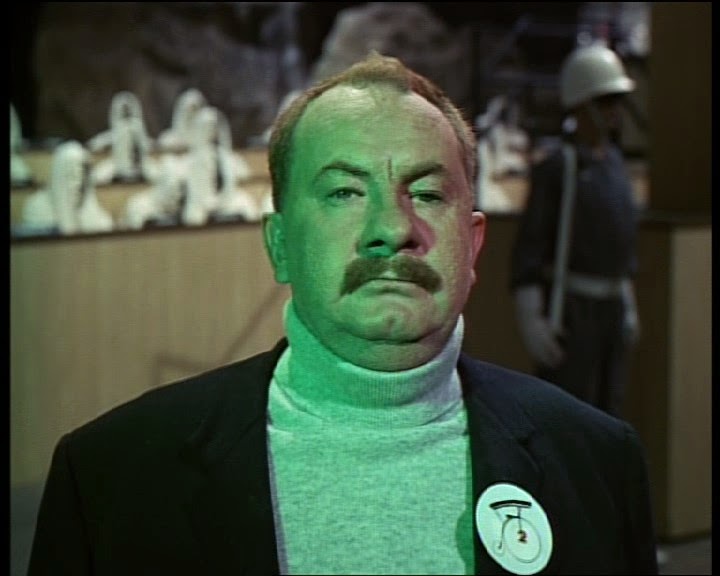 This goes on for a couple of years, until the last episode is seared into my head. I love the previous sixteen chapters, but the climax is everything I look for in my fiction, and so much more.

It's the culmination of all the strangeness. In a last, desperate bid to break Number Six, they subject him to deep brainwashing and regression therapy, building him up again, and he still didn't break, and the system finally concedes to him.

Most of Fall Out sees the System hold a grand ceremony honouring his achievement. After gloriously vindicating the right of the individual to be individual, the assembly rises to him, and begs him to lead them, for he is the only true man there. 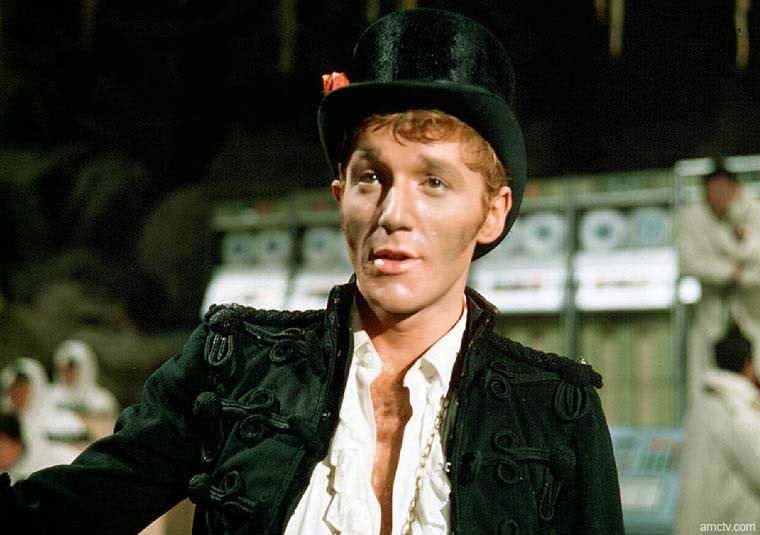 It's a strange metaphysical celebration of the self, while still something that is unreal, with biting dialogue that is sharply resonant without ever really making any sense. You don't have to know what a regrettable bullet is to have your attention drawn to it.

It's also an ode to rebellion, with acknowledgement of the revolution of youth, and McGoohan's approving smirk as he tells the young man standing in for all youth everywhere that he shouldn't knock yourself out,while also featuring the revolution of a member of the establishment turning upon itself. Leo McKern is marvellous as the career bureaucrat and former number two who finally gives the system he loved the stare, born again after literally breaking down during the failed regression plan. (The filming of the episode was reportedly so intense that McKern did actually have a breakdown, but he's back in fine form for the finale.)

And finally, it's about the triumph of Number Six, who finds out what happens when you beat the system and are given complete freedom - the system tries to bring you in, changing itself to suit your view. The ignored masses and political elite alike need him. 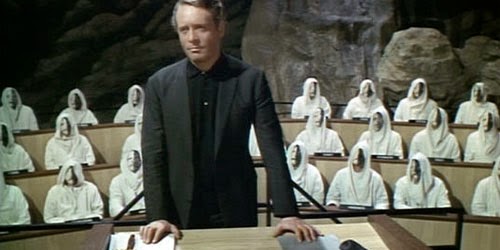 It's all a bit of a mindfuck, and just what I needed when I was 22 years old, and suffering the usual confusions about identity and self. McGoohan articulated all that existential messiness in a stylish and entertaining way that appealed to me like nothing else, save for the odd Alan Moore or Grant Morrison comic.

And it was funny and cool, which also helped and made it so endlessly rewatchable. The crazy tracking shots around the main hall in Fall Out, showing off the wonderful set design, and complemented with some incredible sound work, mixing the Beatles with 'Dem Bones' and blasting tones of authority.

And all that absurd humour - the inability of the mob to get past the word 'I', the slaughter to 'All You Need Is Love', the freed Prisoner's pantomiming explanation to a dubious cop, the monkey's face lurking beneath number two's mask, even that final revelation that the 'I' is '1'. Taking all this ridiculousness seriously would not be wise.

It was the most perfectly insane thing I'd ever seen. And of course, given the choice to lead or go, The Prisoner burns another path and destroys the system instead, and what young punk doesn't like to see that. 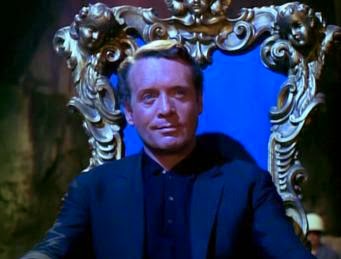 My obsession with all things Prisoner cooled over the years, as these things always do, but I still have enormous amounts of affection for the series, and for what Patrick McGoohan was trying to say with it.

McGoohan passed away a few years ago, refusing to offer up any easy explanations for what he was saying, and greeting any in-depth analysis with that McGoohan snort of derision. He was awesome.

While McGoohan has gone, his work remains, and it's more than just a bunch of blistering acting roles over the decades – it's one of the finest stories ever put to film, as aggravating and resonant and marvellous and obtuse as it ever was, or will ever be. In the end, The Prisoner escapes into a world that is just a bigger prison. All these years later, he'll never be free of a devoted audience.
Posted by Bob Temuka at 1:17 PM

I've loved this show ever since I stumbled upon it as a teenager. I just finished watching Lost for the first time, and it amazed me how much of a tribute it is to The Prisoner. (And your description of The Prisoner as "aggravating and resonant and marvellous and obtuse" describes Lost quite nicely as well.)