It's always been there.

It was there when I was five years old, and it was there last week, which means I can map my entire life to it. I can't help mapping my life to it, because it's been a constant background. It's always been there.

There has always, always been 2000ad. 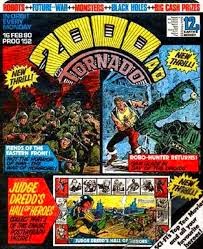 The Galaxy's Greatest Comic was first published in 1978, so I'm three years older than it, but you're not really a person for those first few years of life, so they don't really count. As far back as I can remember, I was always reading 2000ad.

My Nana worked in a second hand bookstore in the early eighties, and I would go in every week and swap a grocery bag full of comics for more comics, so she was almost totally responsible for an obsession with comics that has never, ever faded. I still remember her handing me #152, with the first appearance of the Fiends on the Eastern Front, and a couple of years later, I was stunned by the cover of #302 - 'OLD BEN'S A ROBOT!?!'

A kid of the eighties couldn't ask for a better comic than 2000ad. It was full of surprisingly complex stories built around incredibly simple and basic characters, with stunning art by some of Britain's best ever. You had Bolland doing Judge Death, and Carlos Ezquerra's Strontium Dog, and the balls-out mentalness of Kevin O'Neill's Nemesis The Warlock, and literally dozens and dozens of other examples. 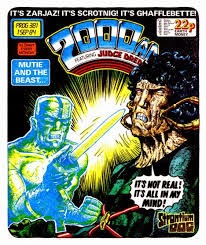 I finally became a regular reader of 2000ad, getting every issue every week, in 1984, and I can even remember the exact issue, and that I got it from the Highfield bookshop in Timaru. It was #381, with poor old Alpha getting tortured on the cover, and that left me a lot to catch up on, and I'm still trying to find some of those earlier issues, but I was hooked on 2000ad for life. It's an addiction that beats any drug.

Thirty years ago, I bond with my best mate Kyle over The Judge Child Quest, and we wait forever for them to reveal what's in Kano's black box at the end of the first Bad Company. And then there was the time I was convinced they were about to fold 2000ad into the Eagle comic, just like they did with my beloved Scream comic, and that's the worst thing in the world.

So, for better or for worse, I still associate my childhood with 2000ad – not just the greats like Dredd, Alpha, Halo Jones or Sam Slade, but all of it - Ace Garp and the Meltdown Man and the Mean Arena and the Mean Team. Every week, there was something wonderful waiting in the pages of the new issue, and I never missed it. 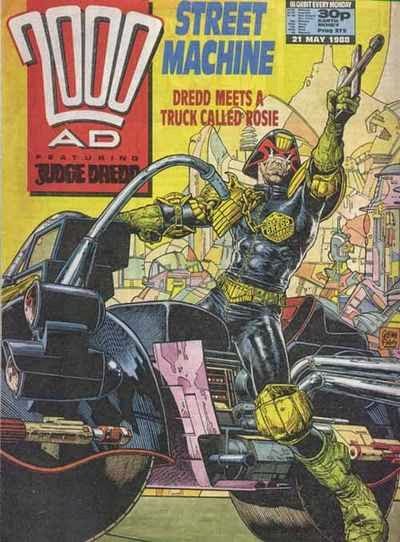 And so 2000ad is stapled to the memories of my life, always in the background, always associated with particular times and places.

It's still there when I'm a teenager, and I can't go back to those issues from the late eighties and early nineties without feeling that queasy thrill of adolescence. All those weird issues with sexuality and finding my place in the world soak into the pages of my 2000ad collection.

It's still a bit of a psychosomatic thrill, reading issues from the late eighties, and feeling that old confusion when I see Liam Sharp's thick and meaty art, or Simon Bisley's murky depths, or John Hicklenton's lovely nastiness. The comic itself goes through it's own adolescence, trying to hook into the cool kids with more sex and violence and politics and dance music, and it feels just as lost as I am sometimes, but it still resonates with me, more than ever. 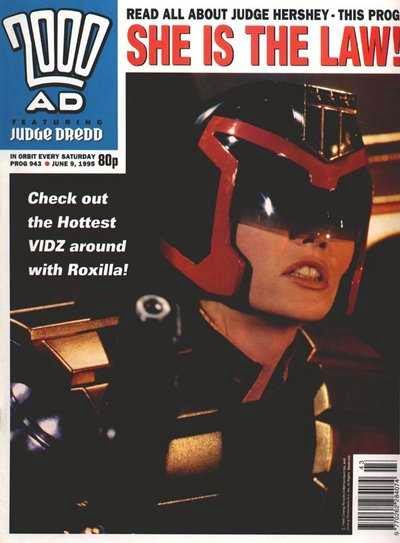 And then, just as I become a young adult, there is an alarming drop in quality, and I stop getting 2000ad altogether, somewhere in the early 900s. My faith in the comic, which had been so unshakable, was irreparably damaged by things like Michael Fleisher's appalling Rogue Trooper and Harlem Heroes comics, or Mark Millar's hamfisted attempts to be shocking and new, and the ratio of good to lame in each individual issue had shifted entirely the wrong way.

But I never got rid of them, and even in the absence of getting 2000ad every week, it's still there in the background. I move town five times in the period I'm not getting 2000ad, and I'm still trying to find out where I fit into this world, but I still get the odd issue - maybe once a year or so - just to see what it happening. 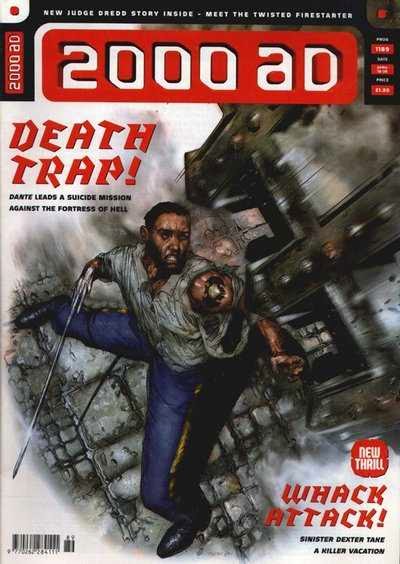 And after 10 years, one of those random issues clicks, and I'm suddenly stunned by the quality. And the things I've missed out on – Colin Wilson back on Judge Dredd, new brilliance like Nikolai Dante and all sorts of slick thrills.

So I start getting it again, and I've never stopped, and now that period of time is always going to be associated with the first years of marriage, and life in the biggest city in the country, and feeling like I did finally find my place in this strange, wild world.

I'm still in that phase now. All things must pass, and the Now soon becomes History, and I have no idea what that next phase in my life will look like, but I know there will always be that backdrop of this silly little comic. 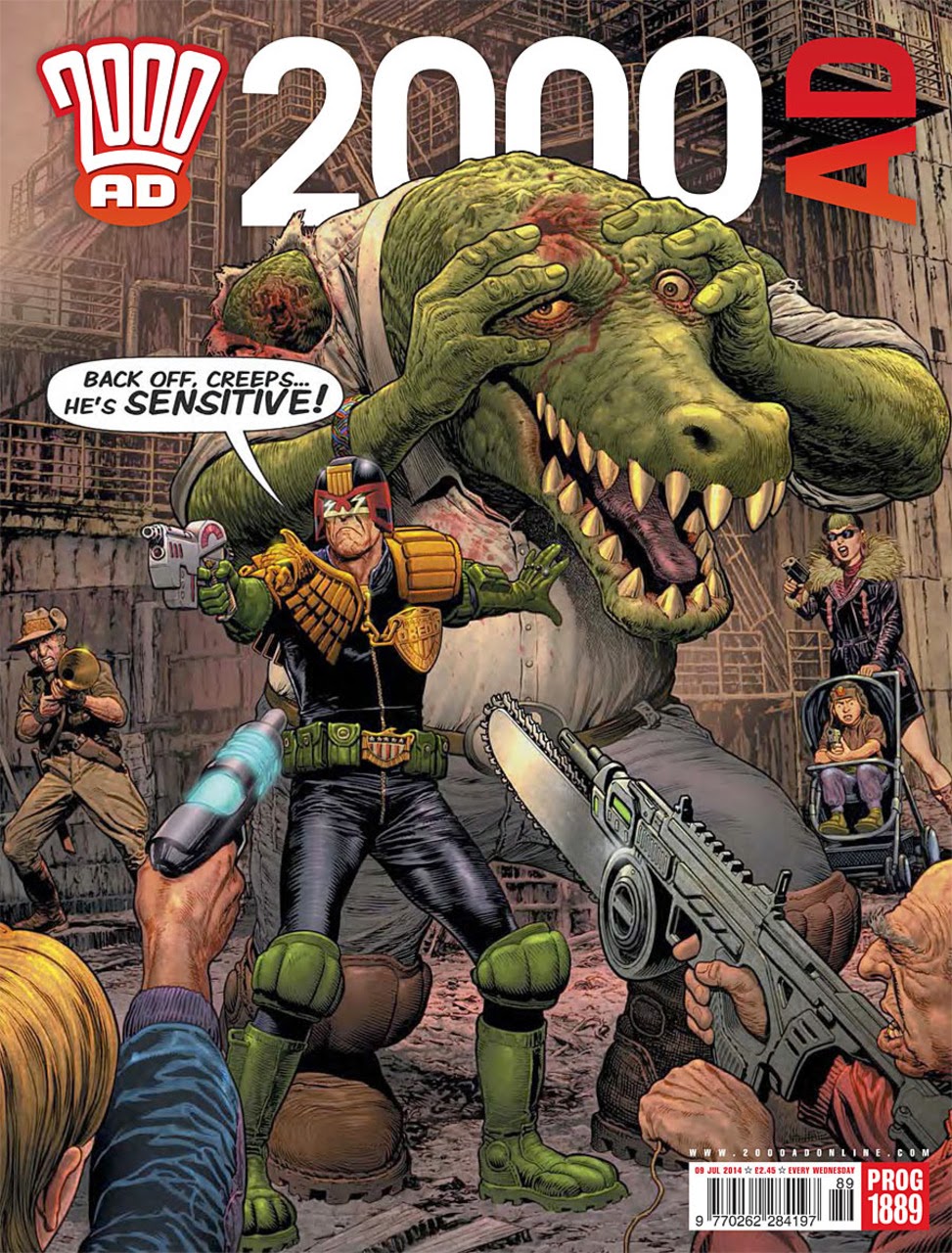 Despite those youthful fears that 2000ad wouldn't last, it's still there at the local newsagent every week, and there is more and more of it every year.

Every few years, I do a prog slog, which is a lot more fun than it sounds. I go back to the earliest issues I got, and read every issue of the comic I have in order. It used to take a few days, now it takes weeks, but it's a terrific way of reacquainting myself with the comic.

Every house I've ever lived in, or every town where I've settled, or every where I've ever been, there has always been 2000ad. Long may that last.
Posted by Bob Temuka at 10:30 PM

This post totally resonates with me too. I still remember Prog 1 being passed around my Standard 4 class and totally blowing our little 10 year old minds - we'd never seen anything like it in 1977, IMO even Star Wars almost a year later couldn't compare.
Even when I was out of New Zealand and living in Asia for almost 8 years I still got it in my Mile High Comics monthly new comics order. I still plan my Thursdays around getting to the local bookstore...