Driving around town, looking for the Justice League


I never had the guts to drive around the big city, until the Justice League International made me.

My absolute peak of comic book obsession came at the same time I got my first job, and my first car. Instead of scrimping and saving every cent I could to keep up with the X-Men, I suddenly had a disposable income for the first time ever. And instead of spending all afternoon walking or biking halfway across town to get the latest Adventures of Superman or Namor The Sub-Mariner, I could get them in a ten minute drive.

Even better, I now had the means, funds and desire to go to other towns, and see what sort of comics they had. I could even go to the big cities like Dunedin and Christchurch if I wanted to, where they had actual comic shops, and I could finally fill in some gaps that had been niggling for years, and try some crazy new comic.

The only problem was that I was 16-goddamn-years-old at this time. In New Zealand, you can get your drivers license at 15, and because I lived in a fairly rural community on the arse end of the world, I needed to get my drivers license as soon as possible, if I was going to go anywhere.

So I was driving around my first car before my sixteenth birthday, and had my first proper paycheques after a summer picking asparagus, and because I was a complete fucking dork, all I wanted to do was spend that cash on comic books. 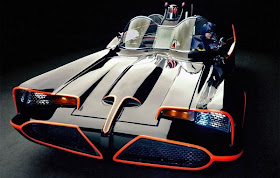 But, like I said, I was hooning around a semi-rural community, and was shit-scared of driving around a big city. I remember looking at maps of the city streets, wondering how the hell I was going to handle all that extra traffic, and whether I could get around the city without going anywhere near a roundabout.

But all those comics that I knew were sitting in city shops had a powerful allure. Nobody was going to take me to get them, unless I got them myself. I had to man up, if I wanted to get them.

What I needed to spark that off was a new obsession – some new comic title that I could get heavily into and would force me to get off my hick arse and get into town. Something where I had to get as much of it as possible, as quickly as possible. Something with strong art and sophisticated scripting, something with wit and passion and action.

I did get the first issue of the Giffen/Dematties Justice League, soon after it came out, but for some reason it never really grabbed me, and the cryptic Sam-Neil-looking dude somehow put me off..
It took me another few years to try it again, and the very first regular issue was #59, which was a spectacular piece of bad timing, because #60 would be Giffen, DeMatteis and Maguire's last, before Dan Jurgens took over the comic. (Which is a bit unfair on the Jurgens Justice League, which I honestly believe is vastly under-rated, if not outright slammed as utterly mediocre by many.)

I've talked about my love of the Justice League Awesome before, and how that love was all too late, with almost all of the issues picked up in the back issue bins. But after getting that penultimate issue, I was hooked, and wanted more, even though it was a task that required dozens and dozens of comics, none of which I would find in my home town (except for #34, which was remarkably easy to track down).

But there was a big city just down the road, and I knew for a fact there was a bookshop that had a sizable pile of Justice League goodness, because I'd seen them there the year before, when I didn't give a damn about the JLI, and I knew they were going dirt cheap, and I wanted 'em so bad.

All I had to do was go and get them. 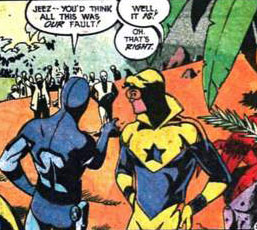 And of course, in the end, there was no drama at all. I got in the car, drove around the big city for the first time, and got the comics I was after. (I still have them today, too). It turned out that driving around a big crazy city was just like driving around a small boring town – just more spread out.

But it was a glorious afternoon. It was more than 20 years ago, but can still remember sitting in the car outside the Sydenham dart hall, waiting for my parents so I could drive them home with a small pile of Justice League brilliance. I only got a couple of dozen, and it would take years to complete that particular collection, but that was where it all started.

It wasn't just a love for the goofiest Justice League of them all that kicked off that day, it was the freedom to go wherever I want, and the comic addiction that spurned me on. I ended up taking that 90-minute drive between Christchurch and my home town at least a hundred times, taking the opportunity to see films that didn't come to my town like Reservoir Dogs and Robocop 3 and stocking up on Garth Ennis Hellblazer and John Byrne Alpha Flight to start off, before feeding a renewed frenzy for all things 2000ad in the early years of the past decade. 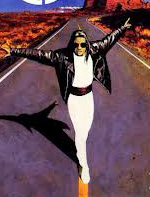 And I drove all over the fucking country, buying comics in Invercargill, Gore, Waimate, Dunedin, Kurow, Queenstown, Pleasant Point, Hokitika, Westport, Ashburton, Kaikoura, Blenheim, Nelson, Wellington, Palmerston North, and Taupo, before going overseas and driving round strange, foreign cities and towns. Now I live in Auckland, the biggest city in the country, and I drive to get my comics every week, and I still go on road trips for my comics – I just went to Hamilton yesterday to buy Thanos and BPRD and Godland comics.

(I'm really amused by the fact that my Dad, whose idea of teaching me to drive was to send me out on a dark and stormy night and hope for the best – won't drive around my home city when he comes to visit, because he thinks they're all crazy up here....)

I'm not scared of roundabouts any more, although I do still get a bit freaked out when I go overseas and have to drive in more big cities like San Francisco or Sydney, but it's never as stressful as I think it's going to be, and there is always a place like Comix Experience or Comics Kingdom in those cities, that is worth a scary drive.

It can get pretty lonely on the arse end of the world, especially when you can't get a goddamn comic book when you need it. Driving around in a car does something about both of those problems. I still like to hit the road to look for comics, because there is always a new series to get into, and always a new road to drive.
Bob Temuka at 7:29 PM