Superman's world is a Swan world


After decades as the ultimate example of the iconic superhero, Superman is eternally recognisable, while still coming in several definitive forms.

For some purists, the only right and proper Superman is Joe Shuster and Wayne Boring’s barrel-chested strong guy, while others can only think of the character in the more modern forms crafted by artists like John Byrne and Jim Lee.

They're all wrong. As somebody who first encountered Superman as a young kid in the late seventies and early eighties, I can confidently proclaim that it’s obvious that the only real Superman is a Curt Swan Superman. 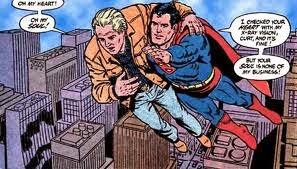 Because all the good Superman comics at that time were drawn by Curt Swan, and it had been that way for decades. He produced more great Superman artwork than anybody else in the character’s long history, and – twenty years after his death – he remains a gigantic figure in Superman's never-ending story.

This was partly due to the fact that Swan was an incredibly prolific artist for years and years and years, drawing Superman and his chums in hundreds and hundreds of comics stories. Always fast and always precise, Swan was frequently called in by DC editors to help out on a bewildering variety of titles, including the Legion of Super-Heroes, Jimmy Olsen and Aquaman, before his undoubted talent put him amongst the cream of Superman artists.

I grew up surrounded by Swan’s comics, both the original issues and the vast amount of black and white reprints that were always around featured Swan’s Superman heavily. He was always there, meticulously filling in the Metropolis skyline, crafting a supporting cast that was always instantly recognisable and sending his powerful figures flying off into space. 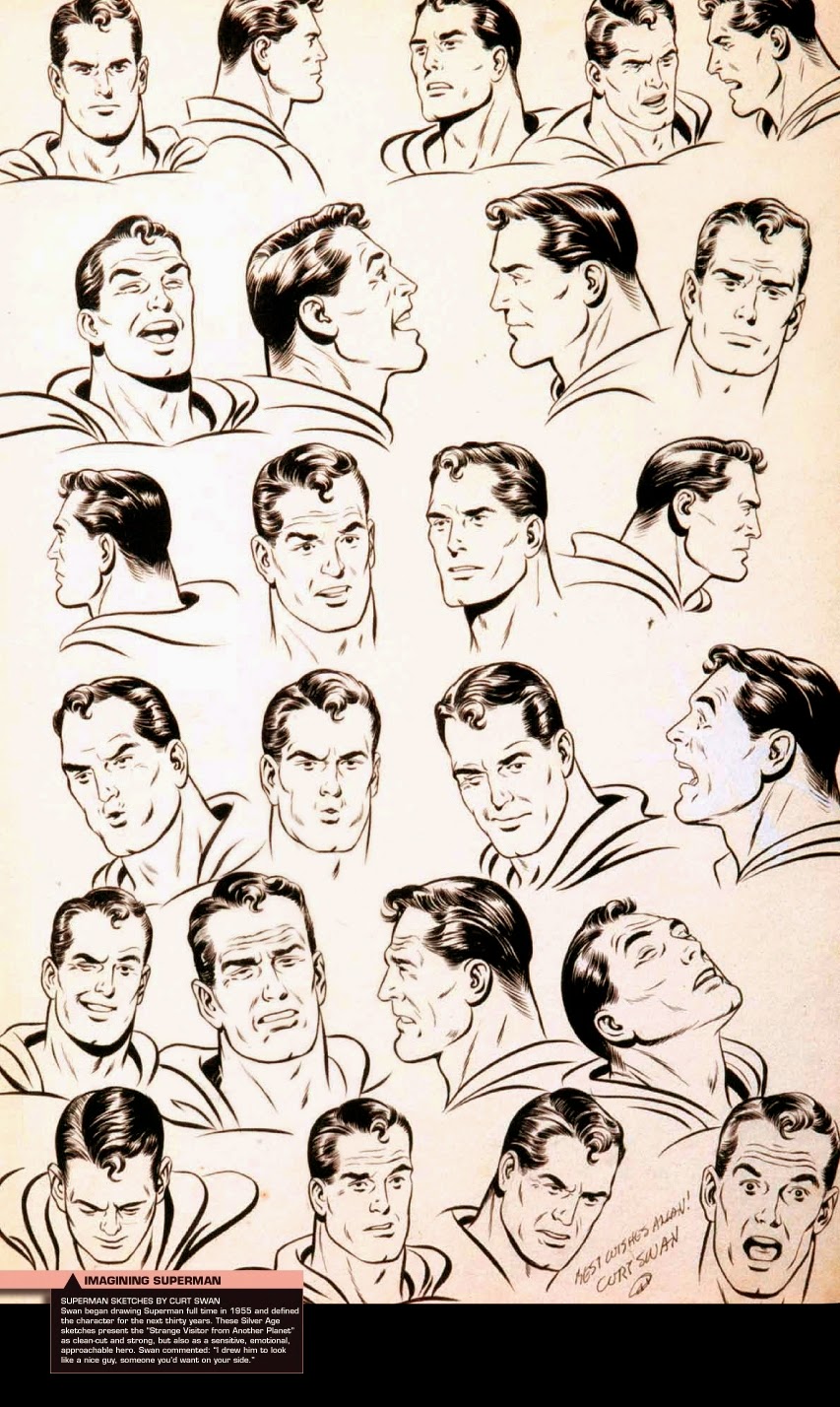 As definitive as he is – and if you ask me to picture Superman, it’s a Swan face I see – his style still changed and evolved over the years. Half a century of creating comics will do that, and his line would come more refined and delicate as he got older, and his figurework would stiffen into fixed and immovable forms.

Even his Superman became sharper and starker as the years rolled by, but also more expressive and strangely contemplative (mainly due to the best furrowed brow in all comics).

A lot of that evolution was in the hands of his inkers, who could produce startlingly different results from Swan’s pencils, and the artist would have his own favourite embellishers. Some scholars can tell the difference between a Murphy Anderson or John Forte-inked page of Swan’s art by the thickness of Clark Kent’s glasses, but sometimes the differences between inkers were plain and obvious.

But they all came from the same original artist, and even looking at Swan’s pencils, you can see the art refine over the decades. His Superman was initially indistinguishable from the more established artists – he even ghosted Wayne Boring in some strips – before becoming the solid figure of the 1970s and beyond – a Superman who was always straight-backed and clear-eyed. 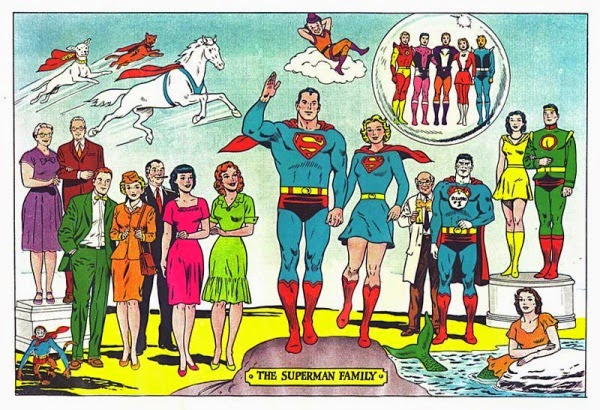 And when artists like Nick Cardy and Neil Adams came along with their flowing, unrestricted line and fuzzy texture, Swan didn't blink, and doubled-down on his own style, and it became even more mannered, and more precise, with a new discipline of clarity that would prove to be a huge influence on a new wave of clear artists like George Perez and Brian Bolland.

And Swan remained in a league of his own. The only artist who came close to portraying a definitive Superman at this time was Jose Luis Garcia-Lopez, who was wasted on fill-ins and licensing work. That licensing meant his version of Superman was the one the general public saw more of than any other, as he popped up on beach towels and underoos, but it was still not the ultimate Superman.

It’s also worth nothing that Jim Aparo – for many, including me, the definitive Batman artist - infused that clear line of Swan’s work with the loose energy of the new guys to create his own legend. An Aparo Batman complimented the Swan Superman perfectly. 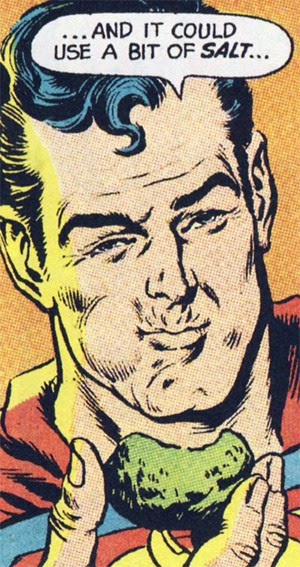 It could be argued that by the seventies, just when I think he was reaching his peak, his art had actually atrophied into a strict style that it would never outgrow. His figures were still expressive and emotional, but they could also be incalculably stiff, and Swan's crystal clear storytelling was soon overtaken by younger, more flowing artists.

Swan evolved over the decades, but he finally, slowly, fell out of fashion, and his Superman saga essentially ended with Whatever Happened To The Man Of Tomorrow, a fitting send-off for any artist.

Swan was still working, right up to the end, and would show up in strange places, like the an entry in the Marvel Universe handbook, or a biting issue of Mark Millar's Swamp Thing, or on the cover of some strange little independent comic company.

It was a sad day when we lost Curt Swan in the nineties – his name never appeared on the Top 10 Hot Artists lists in Wizard magazine, but he was still producing strong work, right throughout his working life. 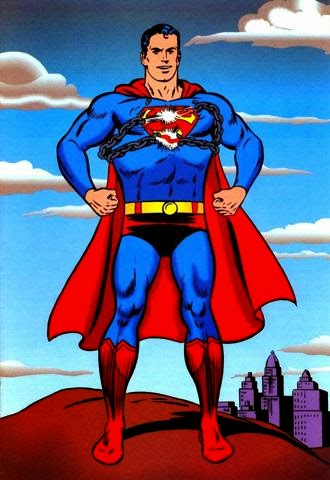 And I think Swan would be quietly pleased to see that his artwork has already aged far more gracefully than the work of that new breed who replaced him. Swan was all about keeping it clean, and that extended from an individual line through to the storytelling of the whole comic, everything was always easy to follow, and always clear. And the fashions might be looking a bit chunky these days, but a Swan comic never really gets old.

We all took Swan's brilliance for granted for so many years. That's just what Superman comics were always supposed to look like. But now I can look back at his artwork, and find new delights, and new beauty.

After all, Swan did so many damn comics, so there are still always more to find, even after a life immersed in Superman stories. And they're never confusing, or ugly, or hard to follow. They're good, solid Superman comics, and Swan's work still flies.
Posted by Bob Temuka at 7:03 PM