Losing the Legion of Super-Heroes


I used to be the kind of obnoxious dork who would sneer at people who moaned about how hard it was to follow the Legion of Super-Heroes. I had no time for complaints about the vast number of characters and editorially-tangled continuity of the 30th-century stories.

After all, it wasn't that bad. All the characters were clearly delineated with their own distinctive costumes and powers, (and, over the decades, a surprising amount of them even developed genuine personalities). And all the big continuity reboots didn't really matter if the key components of the Legion were still there, especially when there was only one hard restart in the comic's first 40 years.

All those weird teenagers, and all that vast history were always part of the Legion's appeal, and if you couldn't keep up, you would be soon left behind. I lost contact with the Legion a  while back, but still had a vague idea what was going on, and followed it in library editions right up to the end of that last Waid/Kitson reboot. I knew what was what.

Not any more. My 15-year-old self was an annoying little shit, and somewhere in time, he's sneering at me, because I have no bloody idea what's going on in the Legion any more. 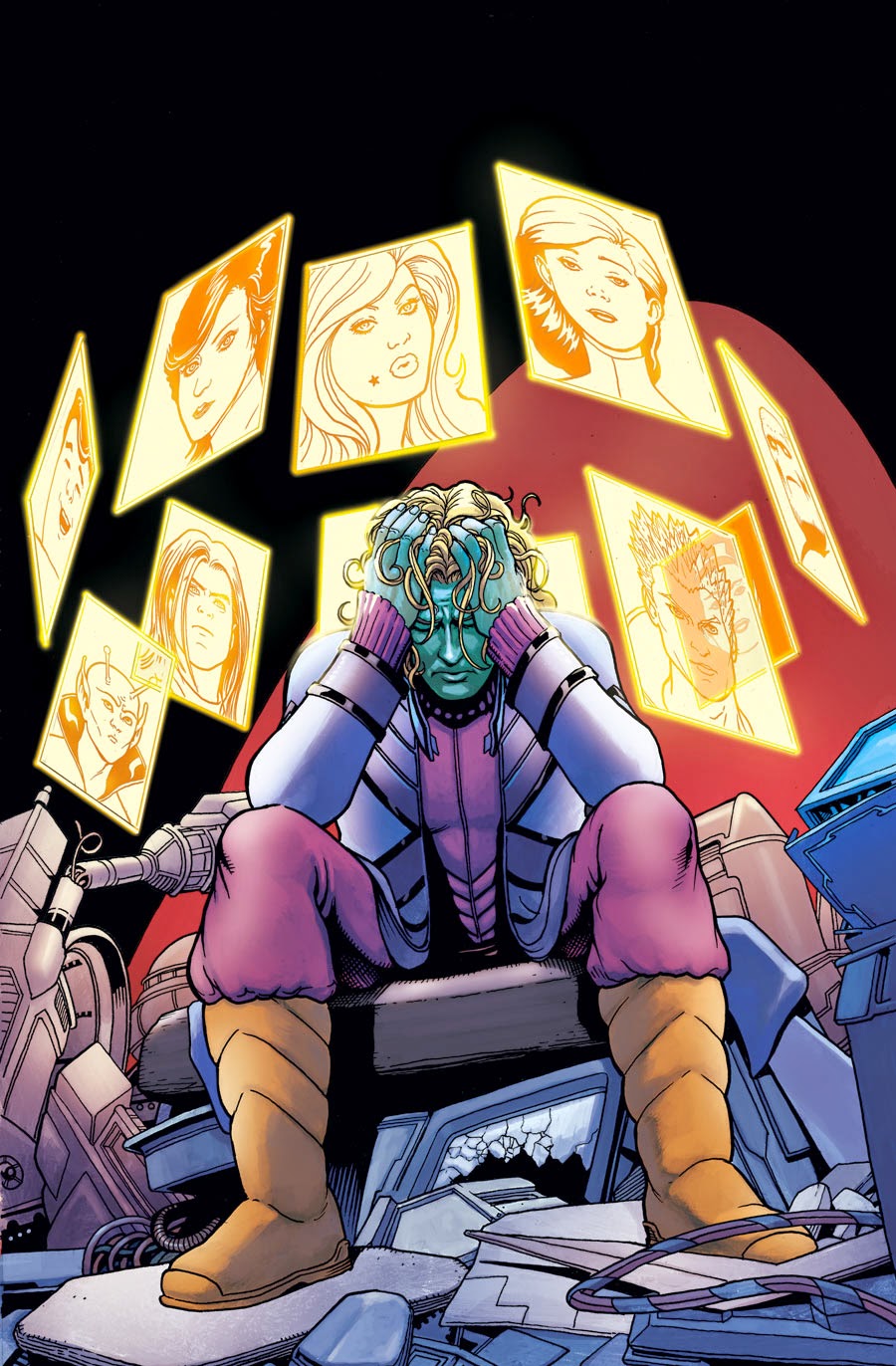 I was pulled into the orbit of the Legion of Super-Heroes through the 'Five Years Later' stories, the most notoriously obtuse and complex period in the comic's 50-year history. It was not a place for new readers - building on events in stories from years and years ago, and taking away all those easily identifiable costumes and code-names – but that's where I came in.

And the fact that I couldn't understand what was going on was a large part of the charm, (it literally took me years to work out who Salu Digby was), especially when I had a hard time tracking down issues in my part of the world, picking up random issues here and there, and I came at the whole thing from a totally non-linear perspective. It was intriguing, and I was hooked, and I was always working out new little things.

I followed the Legion all the way until Moy cuteness got too much, and didn't bother with later attempts to reinvigorate the team. It was all the same old shit, especially when they reverted to a complicated version of the original team again a few years again, taking ti back where it all started.

A sense of inertia creeps into the whole concept, left spinning its wheels in some idealised version of seventies superheroics. Instead of looking forward and growing up, the Legion was trapped in its own past. 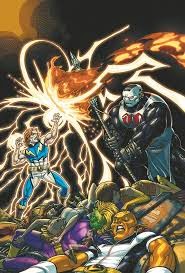 There is currently no Legion of Super-Hero comic, and the break could be the best thing for it. The most recent version – spun out of the largely mediocre New 52 comics – ended after less than two years, and I just read the collection of the last eight issues, and even though it is in the trusted hands of Levitz and Giffen, I have absolutely no idea what was going on.

It's not the usual complaints – there are a bunch of new characters, but they're all visually unique and introduced properly, so that isn't a problem. But it felt like there were entire scenes missing. Things like the death of major characters have so little impact that they happen off-panel – Duo Damsel loses another version of herself in her usual obligatory sacrifice, Sun Boy gets his head caved in and then eaten and Star Boy is crushed by a falling building – and it all means nothing.

And I have no idea who these people are, because it's never really made clear what sort of history they have, or what universe they live in. It seems like a Legion that never went through that 'Five Years Later' wringer, but did experience things like the Great Darkness Saga, and it's never made quite clear. And even after spending an embarrassingly large part of my life trying to figure out Legion lore, I'm genuinely lost 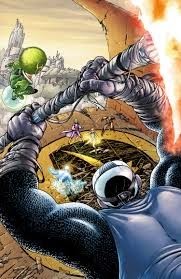 It's made even more jarring by the fact that there are moments where the creative team nail it, like the brief little vignettes that get the character moments just right, and there is some lovely Kevin Maguire artwork on a couple of the chapters.

But I'm essentially adrift, and those brief doses of loveliness are offset by a general confusion and malaise, with no real drive to even figure out what was going on. Large parts of Legion history have been hard to follow, but intriguing enough to find out more – this just feels like a comic that is spinning wheels, stuck in neutral, a thousand years in the future. 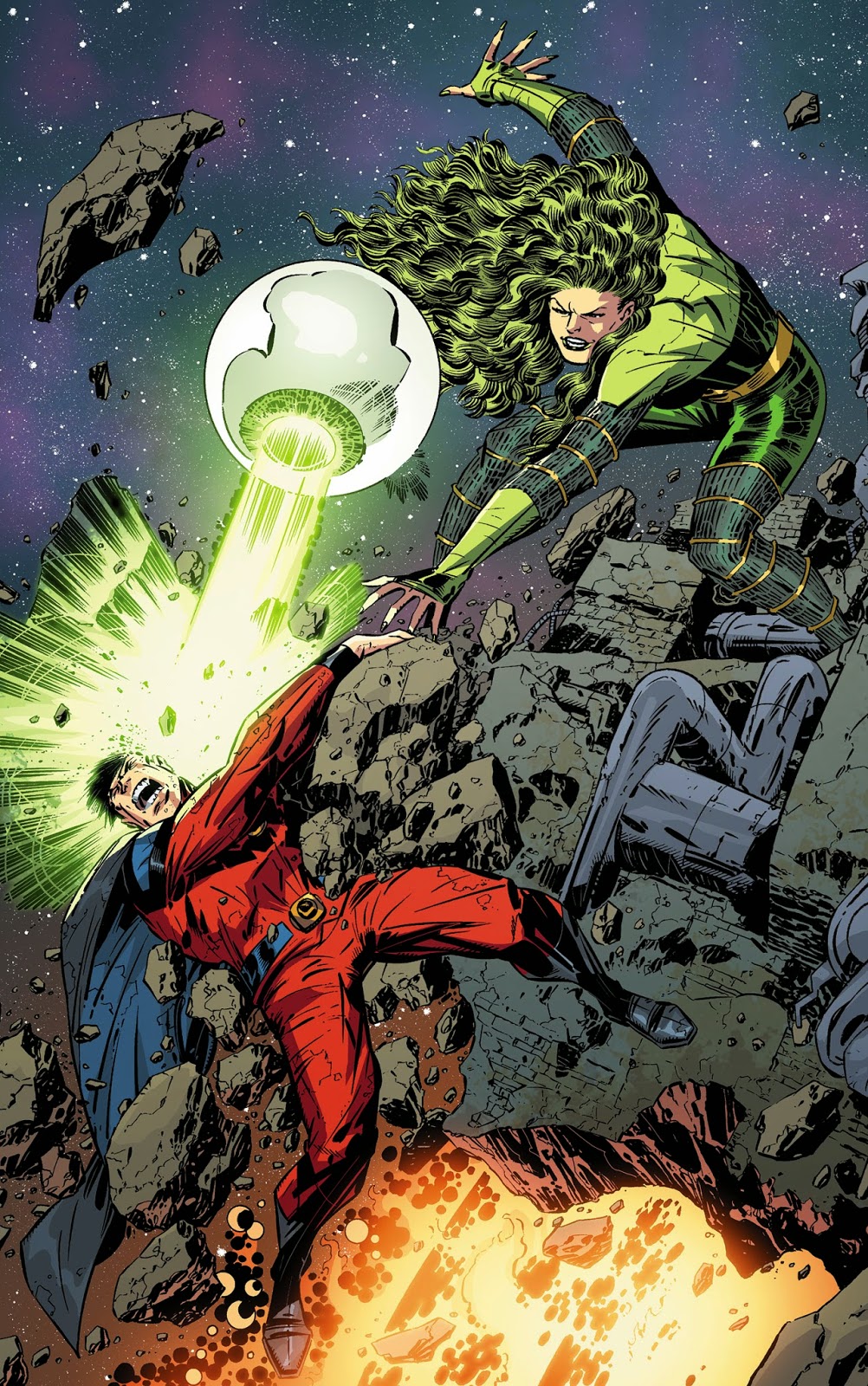 So I've become one of those people that I always looked down on, interested in the Legion, but baffled by most of it, and giving up on it altogether.

But so what if I've disappointed my younger self with this current Legion apathy? Teenage Bob was a moronic geek, and I've got more important things in my life than remembering what planet Cosmic Boy came from, or wondering why Ultra Boy doesn't shred his hands when he uses super-strength, but can't use invincibility.

There will still always be a fondness for these teenagers in space and their mad adventures. Those personalities that took decades to develop are still there, and there is still that sense of boundless optimism, even in the darkest of times, that makes the Legion so strong. 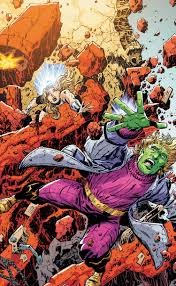 And there is also hope that there is a future for the Legion again. Comic book concepts can come back from these kinds of sabbaticals, stronger than ever. They can also fade away, but while the Legion's history is often wiped out or written over, its legacy can survive the fall of universes.

I still hope that there will be more interesting and stylish  Legion comics to come. It could be time for something new, or for a return to core basics, but the right creators could still breathe life into this dusty old concept.

There is still plenty of love for the Legion out there, no matter how many times they keep losing us.
Posted by Bob Temuka at 10:42 PM