Fun with Beto and Bumperhead

It’s about the ache of missed opportunities and the relentless march of time. It’s a semi-autobiographical story with a large injection of 21st-century magical realism. It’s a painfully accurate portrayal of youthful ennui and the way it fades over time. And it’s a story about the important things in life, and how we can all so easily miss them while they are there.

This could all get a bit much, but luckily, like almost all of Beto's work, Bumperhead is also a shit-ton of fun.

There has been a wicked sense of absurd humour in all of Beto’s comics, going all the way back to the B.E.M. days. His Palomar stories could be grim, dour and depressing affairs, with terrible things happening to good people, but they were also drenched in humanistic amusement. His stories are about love and loss, but they’re also about good friends goofing around on the edge of the darkness.

The massive breasts he gives many of his female characters is that same kind of silly joke – one that many people don’t get and just can’t get past – a touch of quiet craziness that contrasts against all the dark and complex parts of his stories. Human Diastrophism is a profound comic story, even with the stoned surfer dudes staggering through the chaos, and even his deepest sagas have strangely and funny moments.

It’s still there is his current work, especially in the one-off graphic novels that he creates for various publishers in between the usual Love and Rockets gigs. Crazy ideas, freaked-out humour and unashamed thrills bounce up against big themes of life and death, and create something new. 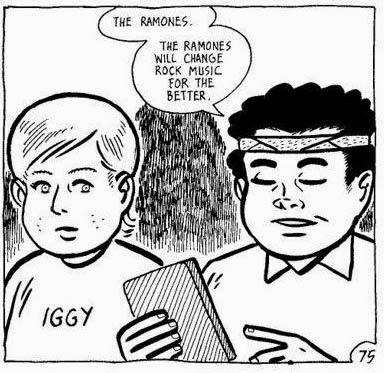 It’s a total punk rock aesthetic – get on with it and sneer at the things you love, but love them all the same, and mercilessly take the piss out of them at a dozen beats a second because we all might be dead tomorrow. And don’t forget the self-righteous smirk.

So it’s unsurprising to see that way of thinking reach its peak in Bumperhead, which has a large portion of the story set inside the seedy clubs and jagged sharp haircuts of a small town punk rock world. It’s just another part of life for the exquisitely named Bobby Numbly, and his story in Bumperhead makes it one of Beto’s best comics in years, even with his fine track record.

There is certainly still a melancholic streak in the book – losses pile up, friends are made and lost and won again, fathers have hidden families, and the intoxication of youth quickly fades away in this stifling suburbia.

But there are also lots of great jokes about crazy girlfriends and drunken foolishness, and the whole story is enormously entertaining as it skips through the pleasures and pitfalls of a normal life.

Calling Bumperhead great entertainment might seem like a back-handed compliment – great and mysterious works aren't supposed to be easy.

Fortunately, it's a book that also tackles this question head-on. Characters argue the merits of complex progressive rock over simple, obnoxious punk tunes, and it's an argument that nobody wins, because there are merits in all sorts of music. You don't have to pick sides.

All the arguments over musical tastes in Bumperhead come with the sweet sting that it really wasn't that important, and not something worth losing good friends over. Music is so important to the young, with adolescents finding community and purpose and life in particular musical tribes, but the old know that anybody can like what they want. It’s no big deal.

Hernandez's goofy and exact cartooning is another large part of the charm – multitudes can be read in the expressions on his characters' faces – and he keeps the story clean and sliding along. His black and white starkness also helps, although it would be fascinating to see a coloured version of this comic, with the neon yellows and greens and oranges on the front and back cover proving to be incredibly eye-catching.

And the free-wheeling and clear storytelling that Beto has perfected over decades makes it even easier to accept the stranger aspects of this latest work. Time is totally fucked up in Bumperhead – some characters grow younger as the years go by, and some just swell. A computer from the modern world is spitting out secrets in the past, as the story drifts into the unreliability of memory.

In the end, it doesn’t fucking matter why they start as kids in 2014, and end as old men, sometime in the 1930s. Just go with it, it doesn’t hurt. Specifically weird inconsistencies can drag you down, or just add to the whole strange milieu of the work.

Like all good slices of autobiography, Bumperhead has the details of a particular point of view, but the wide recognisability of universal longings. We've all been young, and we might not all have been shouting Alice Cooper lyrics out the bedroom window at two in the morning, but we all wanted to shout something.

It's almost embarrassing, how much of Bumperhead is recognisable. The things that you just don't understand as a kid, the awkwardness of teen love, the crushes on perfection, the long stretches of young adulthood that feel like a slow slide into oblivion, the fear that you’re getting dumber by the day, the reinvigoration of loudly getting out there in the world again, the happy charms of bumping up against the same people over and over again in life..

These types of memories can be painful, but it's hard not to laugh at your own foolishness. If you don't, who will? 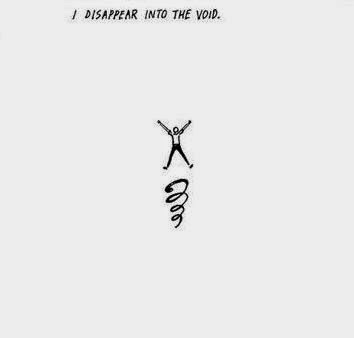 And this is where Bumperhead triumphs, generating emotional warmth and storytelling energy. There are going to be literal and metaphorical heart problems, but it's not worth crying about.

This is how great comics get you, with something you can laugh at, or something that can make you remember things worth laughing about. And there aren't many people who can make you do that like Gilbert Hernandez can.
Posted by Bob Temuka at 7:22 PM