There was an embarrassingly long period in my life when I thought my collection of comic books would just grow and grow and grow, until I ended up with a house full of the things, with entire rooms devoted to Superman comics or Fantagraphics books or Asterix collections.

Between the age of about 10 and somewhere in my mid-twenties, I hoarded every goddamn comic I could get my hands on. I bought a lot, and never got rid of any of them, because I was hooked. I even had a fair amount of comics I actively didn't like by creators I actively despised, but I still held onto them, because there was always the chance I could change my mind. I could get into them one day. I could.

And so, at my absolute height of comic book frenzy, I had about forty thousand individual comics, which was a fair feat, considering I lived in the arse end of the world, where it was hard to find the good stuff, and exorbitantly expensive when I did.

I've only got a quarter of that number now. But it's the good quarter. 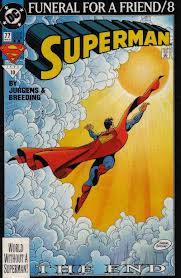 It wasn't a sudden realisation that broke the hoarding habit – it was the slow-burning idea that I probably didn't actually need three large boxes full of bland post-Crisis Superman comics, and all those late nineties Spider-Man comics were even more worthless.

So I ditched them, and then I got rid of some more, and then I went a bit crazy and got rid of everything I didn't absolutely love (for both quality and nostalgic reasons). Entire boxes of stuff disappeared in online auctions, and it felt good, especially when I ended up making a few grand out of it.

Since that first big sell-off, there have been a number of other large purges of that collection, and three-quarters of my comics have gone to good homes, grasped at by Trevor in Whakatane who can never find any Black Panther comics, and Denise in Dunedin, who is a fiend for Books of Magic issues.

I still have the odd clean-out, and just dumped another bunch of random crap at bargain prices, ditching the last J Michael Straczynski and Jeph Loeb comics I had. It felt good. It felt really good. 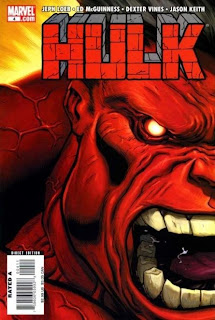 The interesting thing is that while there was a huge reduction in the number of comics over the past decade, the size of the collection has actually stabilised in the past few years, at around the 10,000 mark.

More than a fifth of them are 2000ad and the rest are spread pretty evenly between Marvel, DC and other publishers, with the latter category gaining a larger and larger footprint over the years.
It's a quarter of the size of what it used to be. But it's the best quarter. 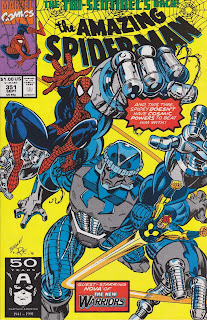 I once had several hundred Spider-Man comics, but now I've got 34. I now have more comics featuring Groo than I do starring Spider-Man. I stopped getting Spider-Man comics a month before the whole clone saga really kicked off – which was an extraordinarily good bit of timing – but I still had hundreds and hundreds of them, mainly from the mid-nineties. And while I have a deep fondness for Mark Bagley's Spidey art, there came a day when I realised the stories were pants, and would always be pants.

So now I've got 34, but they are 34 which represent all I love about Spider-Man. Some of them are excellent reference texts and some of them are fast and stylish. All of them are still in that box behind me for reasons of unabashed sentimentality. There is the occasional annual and even rarer random single issues, some Inferno tie-ins (still my absolute favourite superhero crossover), some decent Marvel Team-Ups (mostly by Claremont and Byrne), some random issues of Tangled Web, (more for the creative teams than any inherent spider-connection) and Bagley's first two regular issues (which were the slickest damn things on the comic shelf in mid-1991). 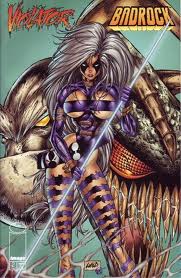 I favour complete stories and done-in-ones. I follow the work of several dozen creators, and buy everything and anything by a dozen favourite writers and artists, but that doesn't mean I always hold onto them – I broke the completist mentality about eight pages into Alan Moore's epically awful Violator vs Badrock.

And there are some regrets about getting rid of so much, but there should always be some regrets, and there is always the local library, if I'm ever seized by the desire to read something like Ed Brubaker's Captain America, or the Superman death storyline.

(And as disinterested as I am in digital comics, I fully understand people who turn the mediocre majority into space-less computer files if you really want to hold onto them. That means the comics require no effort to hold onto, and we all like that.) 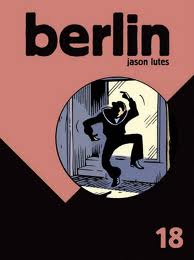 Comics shuffle in to my life and comics shuffle out of my life, and the good stuff sticks around, and the ones that don't thrill me anymore go out the door, and I have ten thousand comics, and that's enough to keep me happy.

The good wife wouldn't mind if I cut that number in half again, but that's asking a bit much. For now. I still don't care how hard it is to haul around all that crap, because they're the best stories I've ever owned, and they are worth the effort.
Posted by Bob Temuka at 6:56 PM

Yeah, I still stand by that estimate. Comics books can be pretty slim - you can easily fit several hundred into a regular sized box, and I had dozens of boxes.

I definitely have about 10,000 now, and it's definitely about a quarter the size it once was, so I still reckon it was about 40,000 (and that collection did fill an entire room...)